Magdalena has been migrating from Texas to Ohio for the harvest season for the past 45 years. It is a hard life. While gathering crops, the 61-year-old has suffered from headaches, dizziness, rashes, vomiting, weakness and fatigue — and her episodes of heat stress have become more frequent over the years.

“After long days with high temperatures, there’s a lot of effects that your body goes through, and it’s every day,” she says. “It’s normal for us.” But, even when she feels ill, Magdalena often continues working as, otherwise, her pay — whether by the hour or by the bucket — will be affected.

Magdalena’s experience is an example of a global problem. Climate change means that farmworkers around the world are at increasing risk from extreme weather. Regulators and employers are taking notice, although it is too late for some workers. A report last year by Investigate Midwest, a non-profit news service focused on agribusiness, found that at least 65 farmworkers in the US died from heat-related causes between 2002 and 2021.

“Agricultural workers are performing very physically demanding jobs in conditions of high heat and humidity for much of the year,” says Mayra Reiter, project director of occupational safety and health at the campaign group Farmworker Justice. “We know that these can lead to serious health problems including kidney problems . . . heat stroke, and even death.”

Those risks are being amplified by climate change, according to a number of studies. Data from the EU’s Earth monitoring programme recently showed that the past seven years have been the hottest on the modern record.

“[The problem] affects large parts of the [US],” says Reiter. “There is no region of the country that’s not going to be affected as climate change accelerates.” A 2020 study in the journal Environmental Research Letters estimated that, on current trends, the average number of unsafe working days in each summer of the US growing season will double by mid-century — and triple by 2100.

Other regions will have it worse. The International Labour Organization has identified southern Asia and western Africa as likely to be the most affected by global warming.

The effects are already being felt. “We have seen the impact of climate change on workers,” says Rangeeta Guwala, 32, a tea plantation worker in Assam, India. “Because of heat stress, our bodies are becoming weaker and we are facing more health problems.”

During picking season, she spends each entire shift working directly under the sun without access to sufficient water. “When it’s really hot, we do see very frequently every day there are cases of people fainting from dehydration,” she says. In an attempt to tackle this, Guwala helped form a Women’s Water Sanitation and Health Committee, which has mapped access to facilities and submitted a proposal to management to negotiate for more taps.

Several countries and regions have enacted heat protection legislation, with California adopting the US’s first heat illness standard for outdoor workers in 2005 — a measure that has since been strengthened.

“California is a pioneer in the kind of regulations to protect the workers,” says Teresa Andrews, education and outreach specialist at the Western Center for Agricultural Health and Safety at the University of California, Davis.

The Center — which receives federal funding from the National Institute for Occupational Safety and Health, as well as the Centers for Disease Control and Prevention — offers training for supervisors and workplaces to prevent heat illness and to reduce the health risks from wildfire smoke. The main recommendations for countering heat stress are simply to provide adequate rest breaks, water and shade.

Measures that farms have implemented include using tractors to transport shade-providing structures around the fields, bringing forward shift times to avoid the hottest part of the day, and reminding workers to drink water — by having supervisors blow blasts on a whistle, for example. Employers can also bring in a buddy system, so that co-workers look out for early signs of heat illness as they acclimatise.

“I think there is more awareness on the side of the worker and also more practical solutions on the side of the growers,” Andrews says. She believes the introduction of state regulation and better working practices has made a difference. The number of reported heat fatalities in California has fallen significantly since 2005 — though some farmworkers, worried about job security or their immigration status, are still afraid to raise concerns with employers.

More protection for workers across the US could be on the way, too. President Biden’s administration said last September that it would increase efforts to tackle workplace heat hazards, and started the rulemaking process for a federal standard on heat risks to workers.

While such moves could help to reduce deaths, campaigners warn that they may not prevent the cumulative harm that high temperatures inflict. Advocacy organisations including the Farmworker Association of Florida (FWAF) say doctors may be unaware of, or fail to recognise, the toll that years of working in the heat can take on health, and its link to problems including strokes and premature death.

A 2018 study in the Journal of Occupational and Environmental Medicine found that one-third of the Florida agricultural workers surveyed had acute kidney injury on at least one workday during the summers of 2015 and 2016.

“This is a case of injustice on some of the people doing the hardest work in our country, and work that feeds the nation,” says Jeannie Economos, FWAF’s pesticide safety and environmental health programme co-ordinator.

“There are thousands, if not hundreds of thousands . . . [of] farmworkers that have long-term health consequences from chronic exposure to extreme heat.” 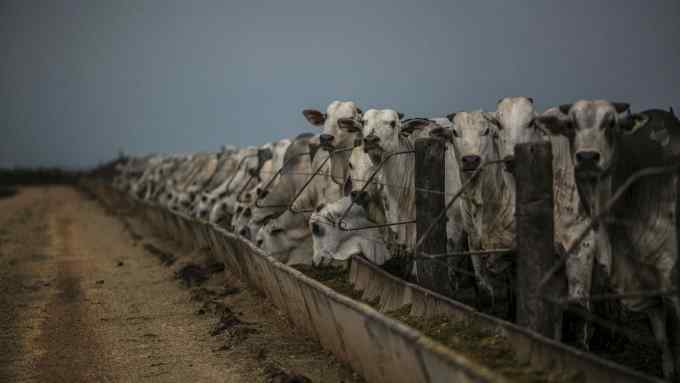