Shortly before the coronavirus pandemic, Tesco, the UK supermarket chain, held a conference with its suppliers. Silviu Popovici, European chief executive at PepsiCo, recalls that the then Tesco chief executive, Dave Lewis, held up a multipack of Walkers crisps.

According to Popovici, Lewis gestured at the crisps and told the attendees: “We don’t sell air — we don’t transport air and we don’t sell air”. He then warned all suppliers that, if they did not address the problem of overpackaging, their products were at risk of being removed from Tesco’s range.

PepsiCo, which owns Walkers, listened: it began cutting down on packaging and bringing in more eco-friendly materials, such as cardboard.

Now, the $235bn drinks and snacks group is looking to exert a similar influence on its own suppliers.

Like many consumer goods companies, PepsiCo recently set out ambitious climate goals, as it seeks to meet targets set out in the 2015 Paris agreement on climate change. Last year, the company said it would cut greenhouse gas emissions throughout its value chain — including its suppliers and customers — by at least 40 per cent by 2030, compared with a 2015 baseline.

That presents a significant challenge because, according to Popovici, some 92 per cent of PepsiCo’s total emissions come from outside its own operations. The upshot is that it has to persuade suppliers and customers to cut emissions amounting to 22.6mn tonnes of carbon dioxide equivalent per year — equal to taking about 5mn cars off the road.

Adding to the challenge, Popovici says, is the fact that only 8 per cent of its suppliers have climate targets approved by the Science-Based Targets initiative — a well-regarded standard-setter — that are in line with its own.

The maker of Mountain Dew, Doritos and Quaker Oats is not alone in the scale of the challenge it faces. According to a report released this month by climate disclosure group CDP, the companies that participate in its supply chain programme — which include PepsiCo, and collectively spend $5.5tn a year on procurement — risk falling behind on their climate aims because more than half of their suppliers lack any climate targets at all, and only one in 40 have science-based targets.

“Ambitious environmental action is not yet cascading down the supply chain,” said CDP, while warning that addressing supply chain emissions “is the only way to leverage change at the scale required”.

PepsiCo will make changes to its transport and to the coolers used for its drinks, and will also push its suppliers to switch to renewable energy. But, to achieve its emissions goals, it must also look back along its supply chain and persuade farmers who produce millions of tonnes of commodities annually to change their own practices.

When it comes to Walkers crisps, this is comparatively straightforward. While PepsiCo does not own potato farms, it often buys the crop directly from potato farmers, so it is piloting a scheme in the UK to process potato peelings into low-carbon fertiliser on its supplier farms. It calculates that this has the potential to reduce fertiliser emissions by about 70 per cent.

One hurdle is winning the confidence of hard-pressed farmers. “Farmers are a very conservative business community and the only way to convince them is to test and learn,” says Popovici.

But still more difficult is addressing the greenhouse gas (GHG) footprint of commodities bought from traders.

Every year, PepsiCo buys about 450,000 tonnes of palm oil — a commodity that has been blamed for deforestation. Now, increased efforts are being made to enable the traceability of the crop through groups such as the Roundtable on Sustainable Palm Oil.

Popovici says PepsiCo wants similar mechanisms to develop for other commodities, and is trying to use its scale as a supplier to push for change.

At the same time, the group wants to cut 3mn tonnes of GHG emissions by introducing regenerative farming practices — such as measures to enhance soil health — across 7mn acres, an area it says is equivalent to its whole agricultural footprint. This will be partly achieved through a network of more than 350 “demonstration farms”, and the project will be monitored by an independent group.

Such projects, sometimes known as “insets”, are preferred to carbon offsets — which consist of emission reduction or sequestration projects, such as tree planting, outside a company’s own value chain — because they combat emissions closer to their source.

In northern Illinois, for example, PepsiCo and ingredients group Ingredion are working with the Soil and Water Outcomes Fund, which pays farmers for switching to greener farming methods such as no-till cultivation and cover crops, to target 20,000 acres of land.

But that will need to scale up rapidly if PepsiCo is to reach its goals — at the same time as addressing other urgent societal issues, such as plastic pollution and obesity.

“To try to move these practices on to a very fragmented supplier base is a bit harder . . . we need to signal to the farmers that there will be a market for products that are produced differently,” says Popovici. “There are only eight harvest cycles until 2030 — that’s not so many.” 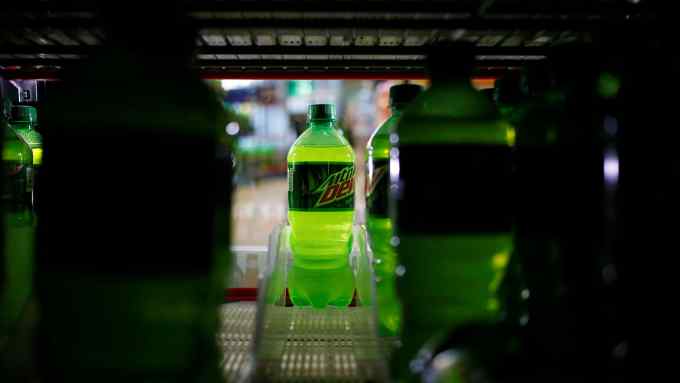