Texas is one of the agricultural powerhouses of the US, producing tens of billions of dollars’ worth of crops and cattle. It is also the country’s largest renewable energy producer. And the two sectors are becoming increasingly intertwined as the energy transition gathers pace.

Farmers and ranchers have embraced a renewable energy boom that has swept through the state. Wind and solar power promise to make agricultural operations more sustainable and deliver steady income in an industry in which economic fortunes swing from season to season.

“As is usually the case in farming, there are a range of reasons [for adopting renewable energy] and, usually, people have a few on any given farm”, says Cathy Day, climate policy co-ordinator at the National Sustainable Agriculture Coalition, an advocacy group.

“They’re incorporating solar as either a way to reduce their costs or as a way to sell a little bit of power and make some money back from the same land. But some folks, definitely a lot of the more conservation-oriented farmers, are also interested in just being part of a climate solution.”

The promise of improved resiliency, as severe weather driven by climate change poses an ever greater threat, is also adding to the appeal of on-farm renewable power in Texas.

Sid Miller, the state’s agriculture commissioner, said at the time that the near week-long power outage had a “profound impact”, shutting down farms and food-processing facilities across the state, causing billions of dollars of damage to the sector.

Renewable energy is now part of a broader effort to pull the state’s agricultural sector into the low-carbon economy, though these are often driven by economic rather than climate concerns.

Texas farmers produce more than 5m barrels of biofuel a year, second in the US to Iowa, where most of the country’s corn ethanol is produced. Some are also stepping into newly formed carbon markets, in which schemes that increase biodiversity or restore grasslands with a greater ability to absorb carbon dioxide onto the soil can be marketed as an offset to the big greenhouse gas polluters.

Renewable energy on Texas agricultural land first started to take off more than a decade ago as big ranches embraced a wind energy boom that would make the state, if it were a country, the world’s fifth-largest wind power producer.

It was an economic lifeline for many ranchers, who sold access to their land to wind project developers seeking to put up turbines. Some objected to the disruption to the landscape as scores of towering turbines were erected, but the financial benefits kept the projects flowing.

Those schemes typically feed power to the grid rather than to farms and ranches themselves, but they have significantly cleaned up the broader grid that powers the agricultural sector.

Wind generation, largely hosted on ranch and farm land, recently surpassed coal in the state’s power mix. On any given day, more than 20 per cent of the electricity generated in Texas typically comes from wind power.

More recently, large solar projects have started to proliferate across Texan farms and ranches — although these have attracted a bigger backlash than the turbine boom a decade ago, according to Gary Joiner, a spokesperson for the Texas Farm Bureau, an industry group.

Some farmers are deploying small-scale, on-farm solar installations to generate their own electricity. But the solar projects gaining the most traction, and attention, are much larger and primarily feed into the grid. These can generate substantial income for landowners but are more difficult than wind projects to integrate into existing operations and often displace land that was previously used for agriculture.

Solar developers offer between $450 and $1,200 an acre per year to lease land for new projects, depending on the solar-generation potential and proximity to power markets, says Joiner.

“That’s an income that sometimes traditional agriculture in a given year does not provide,” he says. “So the landowner is incentivised to look at that because of just the value of what that lease represents.”

The traditionally conservative Texas Farm Bureau has long had a policy of “supporting farm-based renewable energy, such as solar wind and biogas projects”, says Joiner, but that support is the subject of debate over fears that renewables projects — along with the state’s breakneck development — are eating into Texas’s most productive agricultural lands.

“It is productive farmland in many cases that is converted to solar property,” says Joiner. “And that agricultural value is lost to those that are working the land. We hear those comments and those sentiments.”

Day, from the National Sustainable Agriculture Coalition, says there is an increasing focus on integrating solar projects into farming operations, to avoid having to set aside land for solar panels.

The practice, known as agrisolar, involves planting crops that do well in the shade, such as lettuce or tomatoes, around the panels, or using the same land for animal grazing. “It’s turning out to have some substantial advantages for both the crop and the solar system,” says Day.

“It’s a diversification of income. Putting your energy with your crops, instead of just diversifying your crops, now you’re diversifying into something even [more] different. Especially with climate becoming a greater concern, I think you’re going to see a push in this direction.” 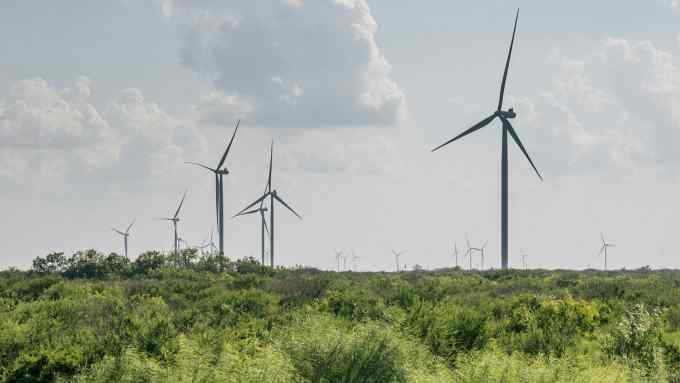