On a hill in Kericho county in western Kenya, Chelenga Bartaai grows collard greens, cabbage, tomatoes and maize. Like other farmers in the area, she has little access to irrigation, so her crops depend on Kenya’s two increasingly erratic rainy seasons. That gives her only two opportunities a year to harvest and sell her produce.

Bartaai has worked as a farmer for more than 15 years and, every year, she faces the same problem: finding buyers for her crops before pests and diseases get to them — and before her neighbours sell their produce.

“There are markets further from here where you can fetch a better price but getting there is a challenge,” says the 35-year-old Bartaai, as she turns over the soil on her two-acre smallholding. “With sukuma wiki [collard greens] and cabbage, you only earn in the off-season, otherwise the market is flooded, so most times I don’t make any profit.”

Bartaai is one of millions of smallholder farmers in Kenya who struggle to scrape more than a subsistence living from their crops. But, for a growing number of tech start-ups, her problems represent an opportunity: by helping growers reach consumers, they hope to boost smallholder incomes while reducing food prices.

One of the biggest is Twiga Foods. The Kenyan company’s mobile phone-based business-to-business platform connects farmers with urban retailers. Founded in 2014, it has so far raised over $150mn from investors, according to data provider Crunchbase, and plans to expand into neighbouring countries.

Twiga says it has signed up 17,000 farmers across 12 counties in north-western Kenya, who can use its app to secure orders. Twiga then collects, either from the farm or from aggregation points. Meanwhile, retailers can see what is available, order it, and have it delivered.

At the root of the problem for the farmers is a highly fragmented market. While smallholders such as Bartaai are eager to sell their produce, Kenya’s retailers and wholesalers are often reluctant to source locally. Poor transport links, a shortage of storage facilities and high “bulking costs” — from collecting small amounts from many farmers — are significant deterrents.

“Smallholders are the most important investors in agriculture in the developing world and still produce the majority of the world’s food,” says David Phiri, subregional co-ordinator for eastern Africa at the UN Food and Agriculture Organization (FAO). “But most of this food is eaten very close to where it is produced because there are major infrastructure problems to get food to markets.”

This has fuelled mistrust between smallholders and food traders. “For farmers in Kenya, the biggest problems are reliability and predictability,” says Kikonde Mwatela, Twiga’s chief operating officer. “Their thinking is: ‘If I offer my product for trade, will it be purchased, or are you going to shaft me tomorrow and not come to pick it up?’”

Mwatela says that while Kenya has a fairly developed market for processed food, when it comes to fresh produce, the formal sector — supermarkets and convenience chains — accounts for only 4 per cent of the market. Instead, tens of thousands of small retailers and smallholders create a disaggregated supply chain, which pushes up prices.

“What that means is a consumer in Nairobi ends up paying more for a bunch of local bananas sourced 300km away than someone in Washington DC eating bananas imported from the Philippines,” Mwatela says.

Data from the US Department of Agriculture show that Kenya is among the countries whose citizens spend the highest proportion of their household income on food: an average of about 45 per cent, compared with less than 7 per cent in the US.

Economic policy has played a part. Before the 1990s, Kenya’s agricultural marketing boards ensured that produce was purchased and sold at the same price across the country, regardless of proximity to urban centres. But the boards were dismantled during the “structural adjustment” era — the period from the 1980s onwards when the IMF and World Bank made loans conditional on free market reforms. Now, Phiri says, private companies focus on purchasing produce close to metropolitan areas, leaving people in rural areas underserved.

“Private sector [buyers] choose the markets that make economic sense for them,” he says. “They go in the radius of 100km and buy produce and sell in the city market. The boards used to target all the areas equally, and they would make money in the same areas that private companies do but then use it to subsidise buying produce further afield.”

Twiga is not alone in trying to fix Kenya’s food market. Other start-ups trying to connect farmers and buyers include Farmshine and M-Farm. At the same time, entrepreneurs see opportunities in everything from solar-powered irrigation (SunCulture, Futurepump) to loans (Apollo Agriculture, Tulaa) to simply sharing ideas and advice (Wefarm).

Yet some industry participants warn that small start-up companies are no panacea. Farmshine founder Luca Alinovi — and a former FAO representative to Kenya — says that some entrepreneurs are applying solutions to a sector they do not fully understand.

“The point is that agriculture is an extremely difficult sector to operate in and many of the people working in these start-ups do not have the right background or knowledge to begin an agribusiness, because leadership rarely comes from agriculture,” he says. “Smallholder farmers are genius entrepreneurs and know what they need — if only founders would listen to them.”

Alinovi believes that, if smallholders are to break free of an endless cycle of subsistence, government must step in more than it does. Targeted subsidies could take the form of low-interest credit schemes, collective insurance mechanisms, tax reliefs and support in certifying good agriculture practices. Private companies, meanwhile, such as Farmshine or Twiga can work on improving the supply chain.

Phiri agrees. Without government intervention, companies alone cannot overcome the obstacles that make it hard for farmers to find reliable markets. But incentives do not necessarily need to be spread out equally, he adds.

“Not every farmer dreams of becoming a business person and it is fairly easy to see on national databases the yields of farmers year on year,” he says. “Using that information, governments can incentivise the best producers to grow more, while working with companies to solve the rest.” 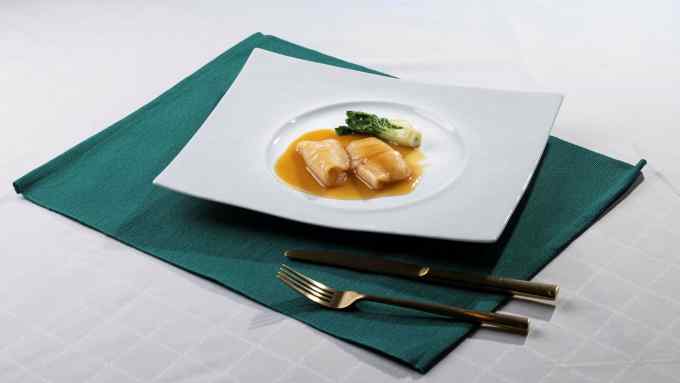