The bald man was easily hidden on his long journey from Iraq to the UK. Etched on a stone fragment just 13 cm tall, he could cross borders in a backpack without being noticed.

But when his image appeared on a British online auction platform in May 2019, he quickly caught the attention of London’s metropolitan police. Suspicious of his provenance, they showed him to experts at the British Museum, who confirmed that he dated back to about 2400BC, part of a rare limestone plaque from a Sumerian temple that had most likely been looted in southern Iraq. The stolen artefact will return to Baghdad in December but in the meantime it will be on display in the British Museum which is separately hosting a virtual exhibition of Iraqi treasures.

“We extend our gratitude to the British Museum staff for their efforts and co-operation with us,” said Mohammad Jaafar Al-Sadr, Iraqi ambassador to the UK, at a handover ceremony in October. The discovery of the Sumerian plaque represents a small success in the fight against the theft of Iraq’s antiquities. Tens or even hundreds of thousands of artefacts are estimated to have been stolen from the country’s museums and archaeological sites during the political unrest of the past three decades, and with them has disappeared an important part of human history.

“The origins of writing, law codes and so many major developments in the grand human story” all took place in Iraq, said Roger Matthews, professor of near eastern archaeology at the University of Reading, who has worked on sites in Iraq since the 1980s.

Prof Matthews is president of RASHID International, a multinational network of academics, professionals and individuals working to preserve Iraq’s heritage. They, along with other experts, multilateral agencies, governments and institutions around the world, are lending their expertise and resources to help the Iraqi authorities recover and protect whatever they can of the country’s ancient past.

The urgency of their work was highlighted in 2015, when Isis militants occupied a swath of Iraq. They produced propaganda videos showing fighters taking sledgehammers to statues and artefacts in the museum of Iraq’s second city, Mosul, and bulldozing buildings at Nimrud, capital of the ancient Assyrian empire, allegedly because they were sacrilegious.

But away from the cameras, the group was careful to retain many pieces. “Daesh [Isis] used the destruction of the sites as a cover for looting,” said Laith Hussein, acting director of Iraq’s state board of antiquities and heritage. “They transferred the artefacts to Turkey through Syria, and many of these artefacts are still there today.”

He is not optimistic they will be found. “Thousands of objects disappeared into the shadow of the international art market. I believe that many of these pieces are in the hands of private collectors, many of them in Saudi Arabia, Bahrain, Qatar and Kuwait,” he said.

One of the challenges facing Prof Hussein and his colleagues is that records of the country’s vast collections and archaeological sites are incomplete, so nobody knows exactly how many artefacts have gone missing over the years.

“It’s clear that a huge amount has been lost in the way of cuneiform documents, which are the world’s earliest form of writing in any form on clay from about 3,200BC,” said Prof Matthews. He estimates that tens of thousands have been looted from unprotected sites. “Occasionally they are recovered and returned to Iraq but what we have lost is context, and context is absolutely essential to understand what these documents really mean.”

In an effort to deter further theft, Prof Matthews teamed up with Iraqi colleagues on a programme to apply SmartWater, an encoded liquid, to artefacts. They hope that the solution, which is only visible under an ultraviolet torch, will deter thieves or allow the tracking of objects that find their way on to the market.

270,000 Number of objects that staff managed to record in a year at the Slemani Museum

Funded by the UK’s Cultural Protection Fund, which supports the protection of at-risk cultural heritage, and with the co-operation of the SmartWater Foundation, the project trained 43 staff from the Iraq Museum in Baghdad — the largest in the country — and the Slemani Museum in Sulaymaniyah, in the Kurdistan region. Working round the clock, the museum staff managed to record and mark an astounding 270,000 objects in a single year. There are now plans for a second phase to cover a further one million artefacts.

Hashim Hama Abdullah, director of the Slemani Museum, said that marking the objects allowed staff to catalogue the museum’s collection for the first time. “Now we know how much pottery, coins and clay tablets we have,” he said.

The Slemani has received grants from a number of institutions like the Metropolitan Museum of Art in New York, which has provided mobile photography studios and training for staff to take high quality images for a database of the museum’s collection. Staff have also travelled to institutions in the US, Japan and Europe for training.

One programme was devised by the British Museum in 2015 after its experts in London watched aghast as Isis destroyed ancient treasures. “It was the wilful vandalism without any purpose,” recalls Jonathan Tubb, the museum’s Middle East curator. “People were phoning the museum on a daily basis, saying ‘what’s going on here? Why can’t we do something about it?’”

Mr Tubb and Neil MacGregor, who was then British Museum director, decided they could help best by preparing Iraqi antiquities staff for when the militant group was pushed out of the area. With funding from the British government, they put together the Iraq Scheme, a programme to teach techniques for rescue archaeology, and provide equipment such as computers, specialised software and camera equipment. The scheme has trained 50 Iraqi archaeologists, with training for ten more currently on hold due to the coronavirus pandemic.

For now, Iraq remains dependent on such efforts to help rebuild its archaeological sites and vandalised museums. With the coronavirus driving down already low oil prices, on which the government depends, the country is facing a financial crisis as well as continued insecurity in many areas, with few resources to spare for the protection of archaeological treasures.

“We have many challenges here,” admitted the board of antiquities’ Prof Hussein. “There is a lack of local expertise in the field of conservation and restoration; we must stop the looting and trafficking of artefacts from archaeological sites and we need to rebuild and start the conservation of sites destroyed by Daesh [Isis]. We need international help.”

Get alerts on Iraq when a new story is published 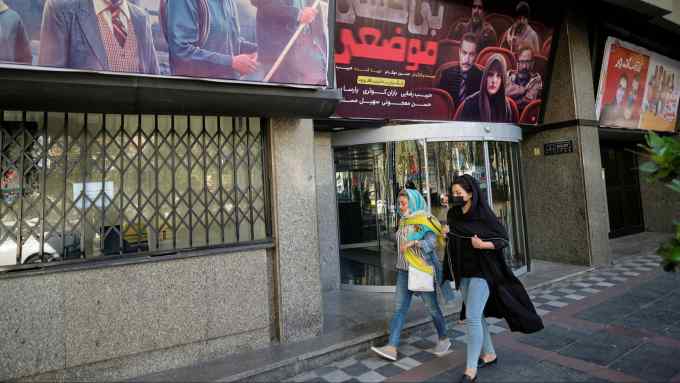