Palestinian academic and author Khaled Hroub was a founding member of the International Prize for Arabic Fiction, but says he can no longer be affiliated with the award as long as it is funded by the United Arab Emirates. Mr Hroub resigned in protest at the UAE’s agreement to normalise relations with Israel, calling it a “shocking and sad trade-off” for the rights of Palestinians.

“I used to have great cultural contacts in the UAE over the years, had many Emirati friends and took part in many activities, book fairs and festivals in the country. These activities have certainly contributed to the Arab cultural scene. But all this has now been thrown into uncertainty and replaced by Israel,” he says.

$204,000 Prize per category winner for the Sheikh Zayed Book Award

The author is one of a growing list of Arab authors and intellectuals calling for boycotts of UAE-funded cultural events and awards after the country abandoned a 2002 offer by Arab states to restore relations with Israel once it agreed to the creation of a Palestinian state.

The UAE is a popular stop on the festival circuit for many authors and influential figures (see box at the end). Some of the most lucrative literary awards in the Arab world are also funded by the UAE.

IPAF was launched in Abu Dhabi in 2007 in co-operation with the Booker Prize Foundation, a UK charity, which administers its own high-profile annual fiction awards.

Another well-known literary prize is the Sheikh Zayed Book Award, which has been referred to as the “Arab world’s Nobel Prize”, and offers 750,000 dirhams ($204,000) per category winner.

What would you learn culturally, educationally or artistically from a state that colonises and suppresses an entire people by force?

Both separate awards, IPAF and Sheikh Zayed, are funded by Abu Dhabi’s Department of Culture and Tourism.

The IPAF offers $50,000 for the winner and $10,000 for those shortlisted. The winning novel is also guaranteed a translation into English in order to reach a much wider audience.

But now, a group of 17 former IPAF winners, jury members and shortlisted authors have penned an open letter to IPAF trustees demanding a halt to Emirati funding of the prize to “maintain its independence”. The Booker Prize Foundation said it was not aware of the letter and that it no longer had a formal relationship with IPAF.

Nothing is more important than our principles and normalisation with Israel is a red line. I cannot legitimise my oppressor

Mr Hroub says the UAE’s relationship with Israel was particularly concerning because co-operation between the two countries extends beyond security and economy to education, culture and art. “What would you learn culturally, educationally or artistically from a state that colonises and suppresses an entire people by force?”

Mr Nasrallah, who won the IPAF in 2018, says he will not apply again as long as the normalisation deal is in place and adds that “hundreds of Arab writers” share his stance. He says while UAE awards are well-paid, it “should never be a way to compromise human values such as justice and freedom”.

“We write guided by our conscience and values. Writers must have a voice, in general, and in their books, about what is happening in the world we live in.”

Fleur Montanaro, IPAF administrator, says the letter had been received but no official response sent.

Ms Montanaro would not comment on whether or not the prize would continue to be funded by the UAE or how many entrants had withdrawn from participating in next year’s event. However, she says the prize “operates separate to any political influence.”

“We require that each year the judges have no regard to external influences and opinions, or to issues of nationality, religion, politics, gender or age.”

The Sheikh Zayed Book Award has also faced a backlash. Moroccan writer Zohra Ramij recently withdrew her latest novel from the 2021 competition, while her compatriot poet Mohammed Bennis resigned from its organising committee after serving on it for 10 years.

“My first role is to defend the value of freedom and to stand in solidarity with the Palestinian people who now find themselves isolated and alone,” Mr Bennis says.

Organisers of the UAE’s literary festivals counter that events have long been a way to bring cultures together.

Emirates Airline Festival of Literature director Ahlam Bolooki says visiting authors have “made a major contribution to the growth of the vibrant, multicultural literary scene in the UAE.” She says the invitation lists for the 2021 festival were still being finalised but they had “only received positive feedback to the invitations that have been sent out so far.”

The Sheikh Zayed Book Award and Abu Dhabi’s Department of Culture and Tourism did not respond to requests for comment.

Another open letter boycotting all state-funded events by the UAE has been signed by 80 prominent Arab filmmakers, artists and musicians. Palestinian-American comedian Amer Zahr, who was one of the signatories, says he will not perform in the UAE again. “It’s sad because the UAE has been a place where there has been a lot of great artistic events for all the diverse people that are there. But nothing is more important than our principles and normalisation with Israel is a red line. I cannot legitimise my oppressor.” 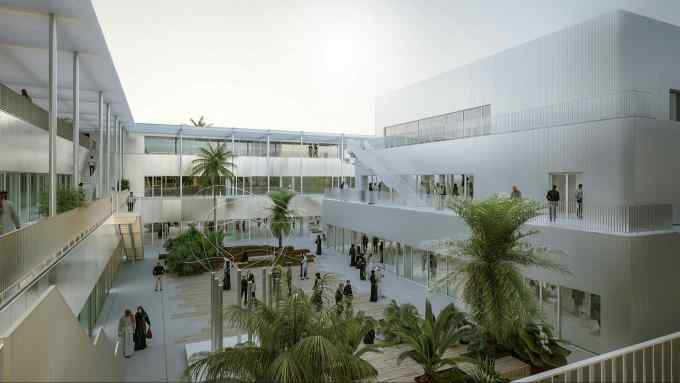