How are young, homegrown talents making a name for themselves and who are they?

As the UAE allows more personal freedoms, a younger generation of local artists are seeking to work in ways not dictated by official institutions or commercial groups.

Having recently announced significant social liberalisation, allowing unmarried couples and unrelated flatmates to live together for example, the United Arab Emirates also hopes to attract more cultural capital as part of efforts to diversify its economy.

Pioneering Emirati artists are already represented abroad: the work of the late Hassan Sharif, credited with developing the UAE’s conceptual art movement, is currently on show at Sweden’s Malmö Konsthall in the largest European retrospective of his work. One of his collaborators, the early land artist Mohamed Ahmed Ibrahim, who works directly from the landscape with natural materials, will represent the UAE National Pavilion at the 2022 Venice Biennale. At home, meanwhile, a new wave is surfacing, informed by earlier experimentation.

As local galleries pay more attention to young talent, they are picking up artists who are socially engaged, and inspired by changes in their environment

What is driving young artists to develop more grassroots initiatives? With a dearth of residencies and studio spaces in the UAE, more established local artists are helping emerging talent by giving them space to create and exhibit their work.

Bait (“House”) 15, an artist-run studio in Abu Dhabi, was one of the first collectives to respond to the fact that artists still cannot rent studio spaces without a commercial licence. Originally the home of Mohamed Al Mazrouei, an Egyptian-born self-taught painter and filmmaker, Bait 15 was established in 2017 by young Emirati artists Afra Al Dhaheri, Maitha Abdalla and Hashel Al Lamki.

The collective, with an exhibition area, library, a residency and four studio spaces, recently hosted 101, a platform for an inaugural sale of artists without gallery representation.

“Office Run came out of conversations about how we can function and work outside of the framework of institutions and address our desire for space . . . for artists in the city,” explains Ms Ayyash. “Instead of fighting [the lack of workspaces], we use the infrastructure that the city has given us, which is an abundance of hourly rental office spaces. We think a lot about pace, quietness, free zones, and the possibilities of office spaces as non-productive spaces that don’t contribute to GDP.”

One of the duo’s earlier initiatives, Cry Me a River, is a telling exhibition about artists living with their parents.

Young artists are increasingly supported by new organisations such as the Institute for Emerging Art, launched this year by Salma Shaheem, an early Dubai-based art adviser. Also involved are a mix of government-backed and community-driven organisations, such as Abu Dhabi's Warehouse 421 and private foundations functioning like public museums, including Dubai's Ishara Art Foundation.

Jameel Arts Centre in October and November staged its second annual Youth Takeover, which hosts exhibitions and workshops by UAE-based artists. This year for example, a group of 18- to 24-year-olds curated, created and commissioned works by 25 artists to animate unused corners – in the library, lifts and staircase – alongside the museum’s main shows.

With a roster of largely Iranian and European artists, Dubai gallery Carbon 12 last year held its first solo show with Sarah Almehairi, a 22-year-old Emirati-American artist and poet. The youngest local artist represented by the gallery, she creates grid-like compositions and fragments of text as abstractions of architecture and memory.

Another rising artist is Hashel Al Lamki whose first solo exhibition, The Cup and the Saucer, at Warehouse 421 delved into nostalgia, pop culture, waste, and interrelations between personal and collective histories. It featured large-scale paintings and anthropomorphic assemblages, incorporating everything from pharmaceutical boxes and pistachios to bicycle locks and hair clips.

As local galleries pay more attention to young talent, they are picking up artists who are socially engaged, and inspired by changes in their environment.

Ms Al Dhaheri for instance, the first Emirati artist on the Green Art Gallery’s roster, recently incorporated her own hair in swirling paintings that question the social constructs around hair in the Middle East, which is treated like an intimate body part through its absence or presence — in veiling and unveiling. “I’m interested in the new generation of female Emirati artists that are recently coming out and the language and the social concerns they are relaying in their work,” says gallery director Yasmin Atassi.

The UAE may not be a prolific exporter of contemporary art, but it is starting to become an incubator for new talent. As Ms Dhaheri puts it: “Institutions need to realise that they are the support system and enablers, not the content producers.”

Alongside brick-and-mortar institutions, artists are building their own infrastructure of change, in the in-between spaces. 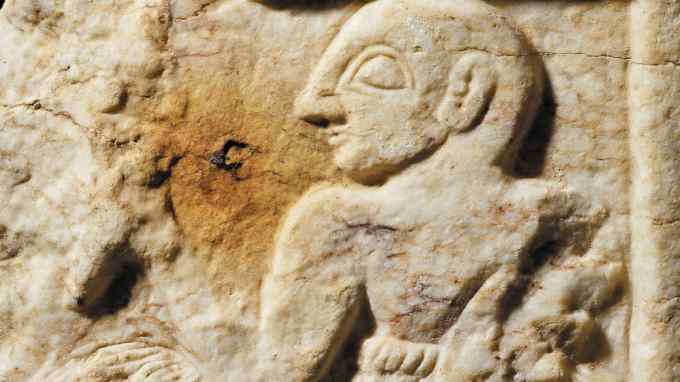