An increasing number of stakeholders in the world’s food system — including companies, non-profits, farmers and governments — are backing a growing number of new sustainability metrics and rankings.

This trend is being driven by a view that benchmarks and index rankings can raise awareness of sustainability factors, while also helping to guide banks, investors and those in the supply chain to engage with food systems that will not damage the planet.

“There is no magic in the benchmark,” he says, explaining that showing which organisations are lagging behind can prompt others — such as supply chain partners, investors, and governments — to act. There is also an element of peer pressure which helps promote change, he adds.

In the UK, the Sustainable Food Trust (SFT) is looking to raise sustainability levels on farms using its Global Farm Metric, based on the principle that “you can’t manage what you can’t measure”. Working with a coalition of 35 organisations, including leading retailers, banks and environmental NGOs, the charity is building a platform measuring sustainability across 11 categories, such as water use, animal husbandry, and human capital.

Robert Craig, a dairy farmer in Cumbria, northern England, has been working closely with the trust in developing the Global Farm Metric. Farmers want measurements that offer constant feedback, thus helping them make changes that improve sustainability, he says.

In the era of global food trade, benchmarks can also allow informative cross-border comparisons. “How can we measure sustainability and compare milk production in the UK and in New Zealand, the US and South America?” he says. “Also, from a consumer perspective, you can get an idea of what is sustainable.”

The SFT is trying to create a platform that can be used by farmers around the world, says Adele Jones, deputy chief executive.

Aarti Ramachandran, director of research and engagements at Fairr — an investor network looking at standards in the food sector — is another believer in benchmarks. They spur “the creation of targets, having clear goals, board and management conversations,” she says.

Fairr, whose members have some $40tn of assets under management, launched its protein producer index in 2018, ranking 60 of the world’s top meat, fish and dairy companies, based on their environmental, social and governance commitments.

“These companies have influence in the food sector but were not as well known as their mainstream peers,” says Ramachandran. “It was a fantastic way to do a whole audit of the relatively unknown companies and, for investors, it really helped them see where the big risks are.”

While, initially, Fairr had low levels of engagement from companies — with only eight or nine responding to its questions at first — now more than 50 per cent of the corporations ranked are involved in the process, she says.

WBA, which is backed by governments and philanthropists, has created its own series of benchmarks — including rankings of human rights records, as well as oil and gas corporations’ progress on their Paris Agreement climate goals. It is preparing to launch its benchmark for food and agricultural companies at the UN Food Systems Summit later this year.

This benchmark will rank 350 leading food and agricultural companies on their environmental, nutrition and social impacts. While some of the companies are the biggest in their industry, many are relatively unknown as they are privately owned, says Haverkamp.

However, at the same time, there is a rising concern that a proliferation of metrics could lead to fatigue — as well as a “box-ticking” culture that avoids genuine change. “It’s getting very cluttered out there,” says Craig, who adds that farmers want a standardised set of measurements.

Box-ticking is a real worry, agrees Ramachandran, as some big companies allocate more internal resources to focus on responding to benchmarks without meaningful action. “A clear, systematic, rules-based methodology can help in this regard,” she adds.

But Haverkamp says the idea that companies can easily make their way to the top of a ranking is “a myth from the past”. For example, WBA’s oil and gas benchmark assesses companies’ actual emissions, reserves, and investment decisions. “To do well, you have to actually perform, not just make a pledge or commitment,” he says.

Ramachandran notes that benchmark providers are starting to recognise the rising frustration of organisations that are being asked to respond to multiple data requests, each asking for slightly different metrics on the same issue. That in turn may spur convergence on a unified standard.

With climate risk, for example, there are moves towards standardisation and convergence through the Task Force on Climate-Related Financial Disclosures or Science Based Targets. It is only a matter of time before similar measurements emerge in food and agriculture, experts believe.

Various methodologies are still in their infancy, says Haverkamp, “but will be developed in the coming years”. 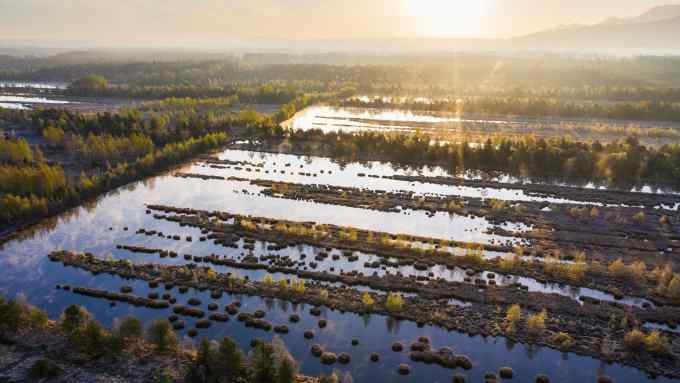