Rogue ranchers in the Brazilian Amazon often shuttle cows between farms to conceal the fact they have been reared on illegally cleared land — a practice known as “cattle laundering”. But in the vast Amazonian state of Pará, where there is routinely more deforestation than anywhere else in Brazil, the state government is fighting back.

With 21m cows for its population of 8.7m, Pará has adopted new technology to monitor the herds.

It is a project that has significance well beyond Pará, as scientists warn that the Amazon rainforest is approaching a tipping point — where its ecosystem will become unable to sustain itself, exacerbating climate change by reducing the forest’s ability to absorb carbon dioxide.

Called SeloVerde or “Green Seal”, it is a public digital platform that lets buyers know if the cattle they are being sold have been raised on illegally deforested land, or on farms that have unpaid environmental fines, or involvement in crimes such as slave labour.

The system uses data sets that include rural property registries, animal transport records, deforestation information and schedules of fines. Although these data sets already existed, there were no links between the different databases, making investigations slow and cumbersome to carry out. Now, the system allows for full and easy traceability of an animal’s origins, according to its backers.

The sheer size of Brazil’s cattle herd — the world’s largest at 217m animals — tends to make individual tagging technologies impractical and costly, which can bring political resistance. An individual tracking system does exist but is only applied to the few thousand farms that mainly export to the EU — which requires such tracking — out of a total of several million.

Brazil also had a system for tracking cattle for sanitation reasons that was separate from its environmental system. But Green Seal has combined these data sets.

Banks, farmers, slaughterhouses and supermarkets will be able to access the data. “In the long term, this means that in practice, the environmental aspect will weigh greater on commercial decisions,” says Raoni Rajão, co-ordinator of the project and also of the laboratory of environmental services management at the Federal University of Minas Gerais.

Brazil’s beef exports, which account for about a third of total production, have hit record highs this year, driven by demand from China and a weak currency. Domestic consumption has dropped, though — due to price rises and pandemic-related economic struggles — leading to an overall fall in output.

At the same time, the country faces a growing international backlash over the soaring levels of deforestation under far-right populist President Jair Bolsonaro, with European supermarkets and investors threatening to boycott Brazilian meat.

Ricardo Salles, environment minister and Bolsonaro ally, stepped down last week amid an investigation by federal police into claims that he colluded with illegal loggers to export wood from the Amazon. He said last week he was resigning to attend to “family business” and had said in May that there was “no substance to the accusations”.

Roughly the size of South Africa and Brazil’s second largest state, Pará is known for its cuisine and natural beauty — but today the world’s focus is on its illegal deforestation. Almost 5,000 square kilometres of forest was lost there in 2020, according to Brazil’s Space Institute.

That means the reputation of Pará beef is tarnished, and proponents of the Green Seal system hope it will reward producers that play by the rules. “Pará is a lab of challenges . . . but we want to be an example,” says Almeida, the state’s environment secretary.

Major meatpackers currently block purchases of cattle from farms with outstanding fines, for offences such as deforestation, but wily ranchers circumvent the system.

One of the biggest difficulties has been tracking “indirect suppliers”: usually smaller producers who sell to larger buyers that in turn supply the big meatpackers. Those meatpackers have, when accused in the past of enabling Amazon deforestation, claimed that they were unable to track their indirect suppliers. The Green Seal system provides the first comprehensive analysis of such suppliers.

“The big news with the system is that it goes beyond the direct suppliers that sell to the slaughterhouses,” says Felipe Nunes, a researcher at the Federal University of Minas Gerais and member of the Centre for Territorial Intelligence, which developed the platform.

Launched at the end of April and now in its testing phase, Green Seal already covers 257,000 rural properties across the state. The system’s developers say that, with political support, the system could be rolled out across Brazil’s nine Amazon states in a year and the rest of the country within two years.

And Nunes notes that, once the system is running, registered users will be able to make more informed decisions from where they acquire beef.

“What we have demonstrated is that there is science and technology capable of giving transparency to all of the cattle chain movements,” he says. “Stakeholders, slaughterhouses, will be able to know if suppliers have deforestation or if they have relationships with properties that do.”

Mauro Lucio Costa, a rancher in the Pará municipality of Paragominas, who grazes 2,700 cattle and whose farm is frequently praised as a sustainable model among Amazon cattle producers, welcomed the platform but regretted it had to be imposed by the government.

“In four, five years, this traceability will be mandatory,” he says. “The market pays for what is different, not what’s mandatory.”

Almeida expects the system to face opposition on the ground. “Full transparency can scare,” he says. “But this kind of system is here to stay.” 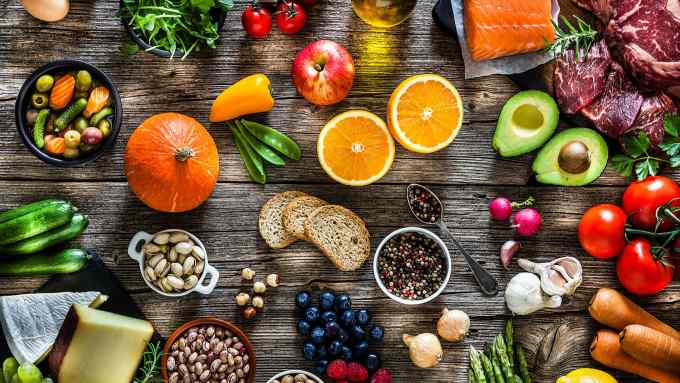