Advocates acknowledge flaws but argue standards and verification are improving

Critics of carbon offsets often compare them to the medieval Catholic practice of allowing people to pay for “indulgences”, which were meant to lessen the punishment for sins.

But advocates say that, with the right standards and verification, “nature-based” offsets can contribute to the world’s transition to net-zero greenhouse gas emissions and the adoption of more sustainable agricultural practices.

By allowing businesses to buy offsets, money can be raised to pay for environmental benefits, such as tree planting, farming with minimal soil disturbance, and promoting wetlands. All of these initiatives can help to remove carbon from the atmosphere.

The voluntary offset market, in which companies opt to pay for carbon-reducing activities to “offset” their own pollution, has expanded rapidly. Transactions reached about $282m in 2019, according to Ecosystem Marketplace, the information provider. A task force co-founded by Mark Carney, the former Bank of England governor, has estimated that the market could be worth $50bn by 2030.

That worries many climate activists, however. They argue that companies buying carbon offset “credits” can claim they are working towards climate targets while they fail to address emissions from their own operations and carry on polluting.

“If they’re not used appropriately, they can be an excuse for not cutting emissions in the first place,” says Thomas Maddox, forests director at CDP (formerly the Carbon Disclosure Project), a non-profit that helps companies report their climate impact. “They have to be a last resort, once you’ve cut your emissions as far as possible.”

With few standards in place, it is questionable how much impact is being made by the farming and forestry practices that offsets pay for, in terms of reducing global greenhouse gases. “Everything is very, very murky at this point,” says Tim Searchinger, a senior research scholar at Princeton University.

He points to several problems with offsets. The first, known as “additionality”, is ensuring that the emissions reduction generating an offset credit would not have happened anyway. “The person selling you the cheapest credit for not cutting down their trees is the person who wasn’t going to cut them down anyway,” he explains.

The second problem, known as “leakage”, is the fact that emissions avoided by one project may be generated elsewhere. In the case of deforestation for the creation of agricultural land, for example, purchasing carbon credits linked to the prevention of land clearance will not necessarily result in a net reduction in deforestation.

“Say you’re cutting down the trees to grow soy beans,” says Searchinger. “The demand for soy beans hasn’t gone away, so somebody else does it.”

Even when credits linked to afforestation (where new trees are planted in areas where there were no trees before) or capturing carbon in soil are credible, their impact only lasts as long as the trees are not cut down or the fields are not tilled.

But Elwin, Maddox and others argue that, while flawed, carbon credits linked to soil carbon or afforestation can contribute to reducing global greenhouse gases.

“It’s recognised in most IPCC [Intergovernmental Panel on Climate Change] scenarios that there needs to be some level of carbon sequestration to meet our targets,” says Maddox.

However, he warns against seeing offsetting purely in terms of climate change. “Nature-based solutions, focused on forestry and agriculture, can be cost efficient and they have lots of other benefits,” he points out, since they also contribute to everything from soil quality to water conservation and biodiversity. “If you just look at [carbon offsetting] through a climate lens, you might conclude that it’s not worth doing, If you look through a wider lens, it’s definitely worth doing.”

One initiative taking this wider approach is the Ecosystem Services Market Consortium. It is developing a trading system, expected to launch in 2022, that will support and incentivise farmers to improve soil health, by enabling them to sell carbon credits based on achieving such improvements.

Debbie Reed, ESMC’s executive director, stresses that the programme’s impact goes beyond its ability to generate carbon credits. Practices that aid the sequestration of carbon in the soil, she explains, also improve its water-holding capacity, making it more resistant to drought and erosion.

“That water-holding capacity reduces need for water use such as irrigation,” she says. “And, if you have healthy soils, reducing your fertiliser inputs, you can reduce the leaching of nitrogen and phosphorus into ground and surface water.”

Like others, though, Reed believes accountability must accompany the development of the offset market.

“We are very concerned about integrity and credibility,” she says. “So our protocols are developed to meet all market standards . . . and we use third-party verification in all instances.”

Other efforts are being made to ensure offsets have more credibility, allowing the market to play a bigger role in greenhouse gas reduction. The Taskforce on Scaling Voluntary Carbon Markets, co-founded by Carney, is developing recommendations for increasing transparency and verification in the voluntary markets.

“If you do it through a legitimate structure, properly verified, with a nature-positive impact and as part of comprehensive carbon reduction, that’s a good thing,” says Elwin. 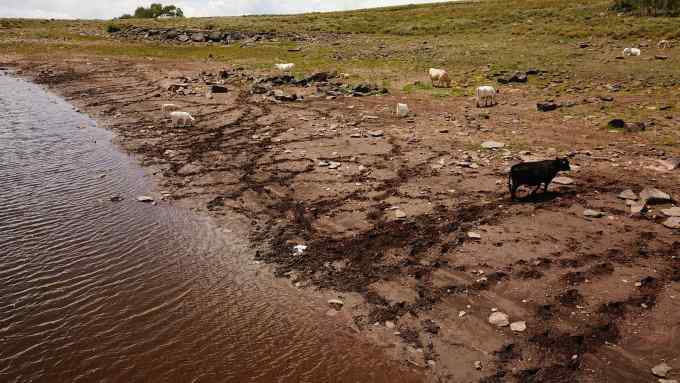