Get to twerk: why dancing is a wellbeing superpower

Good for the body – even better for the brain. The Twist, Bollyfunk and Cher-obics are some of the best therapies around

Twice Grammy-nominated choreographer Ryan Heffington is shimmying towards me across his terrace, and I’m whipping my hair right back. There are more than 8,000 of us on this Instagram Live: Heffington fans include Fleabag’s hot priest Andrew Scott and Reese Witherspoon. The soundtrack is upbeat, the moves accessible, the mood exuberant. Props are encouraged (Emma Stone once made a guest appearance, lip-syncing into her hairbrush). “Dance like no one’s watching!” Heffington calls. And it’s likely no one is. Yet, despite this, it is strangely connecting – and cathartic, escapist and fun.

Heffington was one of the first to set up online classes when the pandemic began. More used to choreographing videos for Sia or Christine And The Queens and collaborating with Spike Jonze, he started streaming 55-minute Instagram #SweatFest dance sessions instead. “As a child, I had some harsher things happen in my life and I would go to dance class and forget everything – I still do,” he told a reporter. “We’re tapping into spirituality. We’re tapping into positivity.”

Whether in the privacy of your room, in the euphoric, sweaty mess of a club or as part of a high-adrenaline class, we know dance can be excellent aerobic exercise that burns calories comparable to running. And it can be toning. But the benefits go beyond the physical – it’s also a potent natural high, as anyone who has been to drug-free morning raves such as Morning Gloryville can attest. Stanford University lecturer, health psychologist and The Joy of Movement author Kelly McGonigal says: “Dancing triggers endorphins, but it goes deeper than that. Music can evoke feelings of happiness – and moving to music deepens these feelings as we embody the joy. Dancing takes us into our memories also.” Taking up dance is linked with reducing the risk of dementia, according to a study by the Albert Einstein College of Medicine.

There are biological reasons for dancing reminding you of friendships, continues McGonigal. “Moving in synchrony with others creates trust and strengthens bonds. It is logical that we turn to dance when we may be struggling in isolation: dancing profoundly connects us.” Research by Dr Bronwyn Tarr at the University of Oxford found that in moving with a group, our sense of self expands beyond the limit of our own body to enclose the group. “It’s why historically a community dances at weddings or before going into battle – to bond the family.”

It perhaps also explains the cult-like, almost tribal following of fitness movements such as Taryn Toomey’s The Class, where freestyle sections encourage an unrestrained and euphoric energy release. Toomey created it as a “cathartic, music-driven workout experience” and the free movement sections often end in spontaneous laughter or an outburst of tears.

At #NWChurch, the online dance movement from Nicole Winhoffer, who has trained Kate Hudson, Madonna and Stella McCartney, classes teach a mix of choreographed movements designed to unite the spiritual, mental and physical self. “Dance is a form of exercise but also self-expression and therapy,” she tells me. “It’s about training the physical form while expressing creativity: blending the analytic and the intuitive sides of the brain.”

To become part of a truly global movement, look to TikTok, particularly the Dutch dancer and choreographer Vincent Vianen. A choreographer and teacher, he started posting dance tutorials at the start of 2020, often breaking down dance challenges to help master a popular routine. He has since picked up 2.3m followers. “TikTok is a global stage,” he says. “Everybody speaks the language of dance. I wanted to teach what I love to a bigger audience to see people build in confidence. All kinds of people are coming to it, old and young. It makes you happy.”

TikTok dance trends are not without their detractors, who criticise some viral stars for failing to credit their dance sources. Accusations of cultural appropriation are common. Vianen is very careful to credit the originators of his challenges, from Jalaiah Harmon – whose Renegade is a cross-platform dance-challenge hit – to Luis Cervantes for Hollaback Yoncé. He also embraces the spirit of dance inclusivity.

And everyone can dance. Emma Freud tap-dances with her 93-year-old mother and daughter Scarlett Curtis, 25, via their videos on Instagram. Debbie Allen, the 71-year-old Golden Globe winner best known as the dance teacher in Fame, runs excellent Instagram Live sessions. Or, if you fancy a jive, look on YouTube for lessons with Strictly Come Dancing’s Oti Mabuse. How about classes in Korean K-pop, Afrofusion and Bollyfunk? Or, feel yourself a prima ballerina? Join New York City Ballet principal dancer Tiler Peck, who hosts tutorials on a Tuesday and Thursday from her parents’ kitchen via Instagram Live. Peck’s classes are upbeat, with music as likely to be from the soundtrack of the film Coyote Ugly as Swan Lake, and sessions designed to suit everyone from novices to more proficient dancers. “There’s no better feeling than expressing myself to an audience on stage, and I miss it,” she tells me. “Instead it is wonderful to connect with so many through my class. Dance has an amazing ability to lift people’s spirits. It’s a real gift for me to share it.”

The joy of dance is not just in moving your body but in tapping into something bigger than yourself. Soon we will be able to tap, twerk, twist and twirl beside one another once again. In the meantime, the power of online platforms to evoke a sense of togetherness is gathering momentum. At the close of his sessions, Heffington has everyone reach up their arms and beam out positive energy. “When we clap along to Pharrell Williams or open TikTok it can feel like we’re doing something silly,” says McGonigal. “In fact, we’re doing something intrinsic to our humanity.” In those moments, everything feels possible.

8 ways to get in the groove

Explore the series
READ MOREHow to dance your way to health - and happiness
Move it: the best dance accounts to follow on Instagram 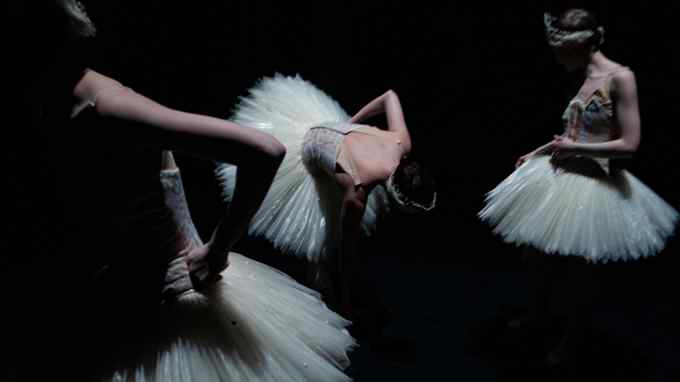