Although fabled as a fulcrum of champagne-fuelled parties and jet-set moments, the fashion world was quick to succumb to the wellness movement. Green juice is now served at events (when they happen), supplements and adaptogens are the new uppers, and early-morning yoga has usurped the heady days of disco.

As some of the earliest adopters of the alternative healthy lifestyle, it’s no surprise to find a number of fashion industry players have switched also to the business of wellness. Spurred by the success of other global lifestyle brands such as Gwyneth Paltrow’s Goop, and suggestions that the wellness industry is now said to be valued at $4.5 trillion (as last reported by the Global Wellness Institute in 2018), this new generation of entrepreneurs cut their teeth as stylists, buyers and front-row stalwarts before changing gear and embracing the business of mindfulness. Were they the victims of fashion burnout? Savvy to new opportunities? Or simply long-term green evangelists? Here, three women explain why they made the switch.

“We are in a new era of wellness – it’s not just about nutrition and exercise but our emotions and what those emotions do to our bodies,” says Yasmin Sewell, a former fashion and retail consultant who has worked at Liberty and Farfetch. “We are burnt out and need help more than ever before.”

Sewell describes her latest venture as a “multidimensional wellbeing line” built around the concept of energetic healing. Taken from the Latin vireo – meaning “I am verdant, I sprout green growth” – Vyrao launches online next month with a range of five fragrances and at a five-week pop-up in Selfridges, London, from 20 May. Further releases will include candles and incense, bath products and supplements.

Sewell built a 25-year career in fashion on her ability to tap new talent and predict trends. “Finding a new designer always brought me energy and I love how clothes make you feel. This is the same,” she says of her new endeavour, adding that time off in 2019 to be with her children persuaded her to take the leap. “I knew it was time to pivot, and felt I could merge everything I’d done.”

The offer is new-age but stylish: the fragrances, developed by British nose Lyn Harris of Perfumer H, are appropriately spooky, blended with notes of haute bohème. Witchy Woo (£135 for 50ml EDP) features orris absolute, thorny rose and patchouli mixed with grounding hints of sandalwood to inspire “courage and creativity”, while Free 00 (£135 for 50ml EDP) has citrus notes alongside florals like water lily (for courage) and orange flower (to relieve anxiety). The range is being marketed as a “tool of wellbeing”, using olfactory associations to evoke emotions and “awaken” energy fields. “You can buy the fragrance simply as an object of desire or you can believe in the magic side of things,” says Sewell. “I’ve been cautious of how witchy I can go so as not to scare anyone off. I can live with the esoteric, but I realise not everyone can.”

Sewell has just closed the first round of funding for seed capital and, in addition to product diversification, Vyrao concept spaces – to be designed by her long-time collaborator, creative director Joel Bernstein – are a big part of her vision. “I want to create centres for energy, but it won’t be a traditional serene studio, it will be a place where you feel alive and vibrant.”

Sewell’s interest in wellbeing is no passing fad. She has practised Vedic meditation for 15 years, and also trained in the Japanese art of reiki and in Integrative Quantum Medicine with the guru Louise Mita. The latter methodology is not without detractors, but Sewell enjoys its “holistic” approach. She has also consulted with Anna McLaughlin, a neuroscience and psychology researcher at King’s College London, who has highlighted the proven positive biological and emotional effects of certain meditation practices. “Vyrao feels like my life’s work,” Sewell says. “Wellbeing can be serene and calm, but this is something more energetic. It’s about joy.”

Growing up in Sydney, 34-year-old entrepreneur Monique Foy was known affectionately in her clique as “the weird one who was into wellness”. That interest didn’t wane alongside her law studies but her career took her in another direction, to Paris, and marketing roles for Elie Saab and AMI.

Foy left AMI in 2019 and went on to launch her own business, Cosmic Dealer, an upbeat wellness brand founded in traditional Ayurvedic practices. “I love the creativity in fashion, but the rapid seasonality got to me – not just from an ecological perspective but also from a marketing one. You have just two to three months to market a jacket at full price, then next season there is pressure to create a new jacket all over again,” she says.

I don’t want it to be about guilt. It’s about balance

Saucy branding notwithstanding, Foy works with specialised, independent producers whose idiosyncratic approach reflects her own. There is the boutique El Salvadorian family farm that produces her ceremonial-grade cacao; and the incense comes via a yogi who runs an ashram in the Himalayas and harvests local flora, such as the perennial herbaceous plant Jatamansi – a sensual honey note that, it is claimed, induces an orgasmic sense of bliss. “He is impossible to communicate with via email,” she says of the yogi.

The specificity of her sourcing has meant that production is paced and there is often a waiting list – a fact that has increased the desirability of the brand. “Working with different products from all over the world has not been easy,” Foy admits of her model. But it’s effective: last year she was selected for the L’Oréal Beauty Tech startup programme, and Cosmic Dealer is now sold at boutique hotels and health stores in Europe and Australia, including Soho House and France’s Maison Orso. “I didn’t know if it was going to be a success, it was more of a question of going far enough that I don’t go back,” she says.

How to dance your way to health - and happiness
Get to twerk: why dancing is a wellbeing superpower 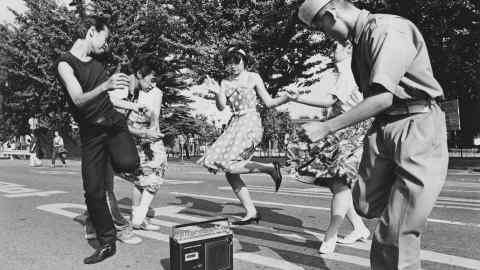 In a world often saturated with eye-rolling earnestness, Foy’s tongue-in-cheek brand of wellness is one of the reasons she stands out. “I don’t want it to be about feeling guilty,” she says. “It’s about balance, though I don’t pretend to have that either.” Instead, she hopes to champion small but transformative daily rituals. “My statement about the tongue cleaner is obviously humorous but could this small little object that you integrate into your routine open a door?” she says. “It’s about having a light-bulb moment.”

Parisian stylist and entrepreneur Mélanie Huynh’s interest in wellness has always gone hand-in-hand with her love of fashion. As a style-obsessed youth, the magazimoines she consumed were populated by the sporty supermodels of the ’80s and ’90s, such as Cindy Crawford and Elle Macpherson, whose muscular, tawny limbs and feel-good smiles set the beauty norms for that era.

“For me, wellness is about feeling good in your skin and doing a little bit every day for yourself,” she says, from her Parisian HQ. The collaborative aspect of Huynh’s fashion career – on-set conversations with hair and make-up experts and models – set her on the path to investigating practices such as naturopathy and acupuncture. At the same time, a gruelling travel schedule necessitated certain lifestyle choices. “When you almost always have jet-lag, you have to take care of yourself like an athlete,” she says.

In 2019, having failed to find the inside-out skincare that offered the synergy between nutrition and beauty that she wanted, Huynh launched Holidermie, a product line that offers up a mix of nutri-cosmetics, skincare and tools, often tailored to be used in tandem. She still juggles her fashion career, but her Instagram bio also lists: “Entrepreneur, happy mother, wellness addict.”

Huynh’s father worked in beauty and fragrance, but when she decided to launch her own brand she approached her friend the plastic surgeon Jérôme Paris. They arrived at formulations with key ingredients including oral and topical antioxidants and pre- and probiotics. Bestsellers include Antioxidant Cocoa Cubes (€39 for a box of 42) with collagen and minerals, and the HoliFace Yoga Set (€180), an all-in-one kit with a roller, Gua Sha tool, massage ball and oil. The products are scented with natural notes, devised by the perfumer Francis Kurkdjian, and housed in elegant, tonal grey packaging.

Huynh says the goal of the line is to make things easy to use and share with others (there is a range of how-to videos on the website) – much as those women’s magazines did for her generation, and YouTubers do now. “It’s about teaching women to take care of themselves at home,” says Huynh, who cites fashion models turned beauty entrepreneurs Miranda Kerr, who has Kora Organics, and Elle Macpherson, of WelleCo, as inspirations.

The line now has 55 products, and Huynh manages a team of 10 at the Holidermie office in the 8th arrondissement. Earlier this year, she launched HoliLoft, a treatment salon space in the Marais where facial treatments are kicked off with a sound bath performed with crystal bowls – an early vision of the physical spaces she hopes to keep creating. “I would love to have a flagship store in Paris that represents the whole universe – the skincare products, tools, and supplements – all under one roof.”

This article previously misspelled the name of creative director Joel Bernstein, and gave an incorrect definition of the Latin “vireo”.

Explore the series
READ MORE
Why tarot is trending again 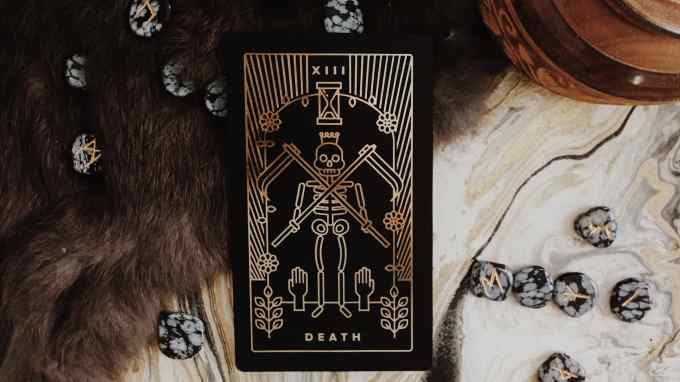