Net flows into inflation-linked ETPs surge to a record $4.4bn in May

Net flows into inflation-linked exchange traded products, which aim to protect investors from the ravages of monetary debasement, hit a record $4.4bn in May — even before it emerged that core US consumer price inflation hit a 29-year high that month.

In just five months of 2021, the $18bn in net flows into linker ETPs have already surpassed 2020’s full-year record of $17.3bn, according to data from BlackRock.

Inflation-linked bonds have been a rare beacon of light for the fixed income market amid a reshaping of investor flows.

Globally, equity-based exchange traded funds raked in a net $370bn in the first five months of 2021, already ahead of full-year flows of $366bn last year and $283bn in 2019, according to ETFGI, a consultancy.

In contrast, fixed income ETF flows have amounted to just $86bn so far, leaving some work to be done to catch up with last year’s record tally of $231bn and the $228bn of 2019.

“Flows into fixed income have been disappointing,” said Vincent Denoiseux, head of ETF research and solutions at asset manager Lyxor. “Investors are calling for portfolio protection with respect to this inflationary environment.

“It’s not only about buying TIPs [Treasury inflation-protected securities, backed by the US government], it’s also buying inflation-linked bonds and shorting [nominal] Treasury bonds,” he added.

Evidence of mounting Inflationary fears can also be found in a marked shift in investors’ preferred maturity profile. Net flows into short-term (one to three-year) bond ETFs, which are less exposed to rising inflation and interest rates, have totalled $4.3bn so far this year, according to State Street Global Advisors. Yet intermediate/long-term bond ETFs have suffered net outflows of $2.3bn and long-term ones have leaked $460m.

Some observers also believe that fears of inflation partly explain the clear signs of sector and style rotation in equities.

Broadly, cheaper “value” sectors — long out of favour with many investors — have risen in the popularity stakes, at the expense of the “growth” sectors that have dominated markets in recent years.

The lion’s share of inflows into sector-based equity ETFs have been vacuumed up by financials ($6.3bn) and energy ($4.1bn) — both value sectors — so far this year, according to SSGA’s data. The uber-growth technology sector, until recently the dominant segment, has seen its YTD tally slip to just $1.3bn after suffering $139m of net outflows in May.

Much of the commentary around this trend has been driven by the strong economic rebound, particularly in the US, a phase of the business cycle that has traditionally favoured value stocks.

However, Denoiseux said he also believed inflation concerns were playing their part — the future earnings of fast-growing companies will be discounted at a higher rate during periods of elevated inflation, making them worth less in present value terms.

Chesworth went further, saying that “the value basket is made up of sectors that benefit more from inflation.

“Equity investors need to be quite nuanced, they need to see where the pricing power is,” she added, arguing that industrial metals and mining companies were best placed to be able to drive through price rises in a reflationary environment, alongside those in the consumer discretionary sector, although energy companies have also benefited from a rebound in oil prices.

“The cyclical rotation still has some way to go,” added Chesworth, although she cautioned that financial stocks would also need interest rates to start rising to really benefit, as this allows them to expand their net interest margin.

In the realm of commodities, gold ETPs, traditionally regarded as a hedge against inflation, have seen net outflows of €9.2bn this year, according to Lyxor, despite a modest bounce in May.

Chesworth believed this was a sign that most investors were not too concerned about rising prices.

“If people were very, very worried about inflation they would be going into gold, but we are not seeing that,” she said.

However Michael John Lytle, chief executive of Tabula, an ETF provider, rationalised the outflows by arguing that the long-term correlation between gold and inflation was not very positive. “The concept that gold is an inflation hedge is a relatively outdated concept.”

Alan Miller, chief investment officer of wealth manager SCM Direct, said equities had historically provided better protection than gold when inflation is up to 6 per cent or so, with the metal only coming into its own beyond that.

Instead Chesworth said flows were higher into industrial metals, where prices may be buoyed both by inflation and economic recovery.

As to future flows, much will depend on how entrenched, or otherwise, expectations of rising prices become.

Most professionals appear relatively relaxed, with June’s Bank of America fund manager survey finding that 72 per cent of respondents believed inflation was merely “transitory”, versus 23 per cent who saw it as “permanent”.

Lytle, for one, though, took the opposite view arguing that the world had experienced 30 years of no real inflationary drivers because of the deflationary effects of China, then countries like Vietnam and Indonesia entering the global labour market.

But with competitive pricing of China’s workforce having peaked, and some other emerging economies expected to follow suit in the years to come, he said an inflationary “great demographic reversal” had already started to tighten its grip. 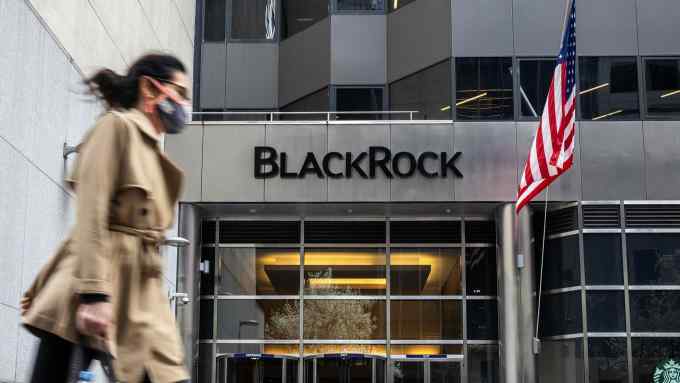