As the market shifts, investors should be asking if their funds are still serving their purpose

The cyclical rally of the past half year may have reignited the debate about value stocks, but it has also had a knock-on effect on other investment styles. Having already fed into associate editor Algy Hall’s blue-chip momentum stock screen, a value tilt in momentum strategies has now become evident among funds such as iShares Edge MSCI USA Momentum Factor Ucits ETF (IUMO).

This exchange traded fund’s recent half-yearly rebalancing has seen it tilt heavily away from growth stalwarts towards cyclical names. Microsoft, Amazon and Apple have all exited the fund, having been among its top 10 holdings before the rebalance. The fund’s allocation to financials, meanwhile, has jumped from just 1.5 per cent of its assets before the rebalancing to 32.5 per cent. And its allocation to information technology stocks has fallen from 41.1 per cent to 17.7 per cent.

The half-yearly rebalancing means that the ETF should be positioned to capture any further gains from cyclicals, which rise and fall in tandem with the economy, although it appears to have missed some of the big earlier returns. So as you try to navigate the shift in markets you need to consider whether factor funds are serving their purpose. While targeting certain factors can deliver outperformance, executing this effectively via funds can be difficult.

To test this, we have looked at how some popular factor ETFs have performed in different market conditions. For the sake of consistency, we have focused on a range of factor funds offered by iShares.

Yet, as we noted in Style Wars, this approach also stakes a great deal on the continued success of the market’s leaders, something that can be detrimental to the returns of a fund that does not rebalance frequently.

Further disappointments may still be due. If the cyclical rally continues, iShares Edge MSCI USA Momentum Factor Ucits ETF may well capture some of this. But if most of the cyclical rally has already taken place and growth stalwarts such as the Faangs are due a rebound, a momentum fund may miss the biggest gains from this.

Value has finally enjoyed another rebound, and factor ETFs have certainly caught some of this upside. But investors should question whether value funds are the best route to gains in a sector. The same thinking can apply to the likes of quality funds, where more direct exposures may deliver bigger gains.

“They often give you a better exposure to the factor, as the factor-based ETFs are sector neutral in lots of cases and therefore are only tilted [to] rather than full-out value,” he said. “By using a banks, energy, and travel and leisure ETF, you are going to get a deeper exposure to the value factor without having to allocate as much and pay as much.”

This focus on sector neutrality can be seen in iShares Edge MSCI USA Value Factor Ucits ETF (IUVL). As of early June, its biggest sector weighting was a 26.8 per cent allocation to information technology. Financials made up just 11.7 per cent of the fund, and energy a mere 2.7 per cent.

Sector funds have been the most obvious winners of the cyclical rally since November. The best performer in the Investment Association North America sector between November 9 and June 3 was iShares S&P 500 Energy Sector Ucits ETF (IEUS), which made a total return of nearly 60 per cent. Active funds with a focus on sectors such as energy and financials have also posted big gains.

It should be noted that sector funds with a narrower focus can also make bigger losses in difficult times. iShares S&P 500 Energy Sector Ucits ETF lost 22.5 per cent in the three years to 3 June compared with a 27.8 per cent gain for iShares Edge MSCI USA Value Factor Ucits ETF.

There is a mixed case for minimum volatility funds. Performance data from 20 February to 27 March 2020, a period that captures the brunt of the initial pandemic sell-off, shows that the iShares minimum volatility products suffered smaller falls than conventional indices — especially the emerging market and global products. But they have also notably lagged conventional trackers and other factor ETFs in the cyclical rally. iShares Edge MSCI World Minimum Volatility Ucits ETF (MVOL) returned just 1.8 per cent, compared with an 11.6 per cent gain for the conventional MSCI World tracker.

While investors may want a smoother ride, the performance of these products demonstrates that easing off risk can limit your returns both in good times and the longer run.

*Investors Chronicle is a 160-year-old publication from the Financial Times offering an expert and independent view of the investment market. It provides educational features, investment commentary, actionable tips and personal finance coverage. To find out more, visit investorschronicle.co.uk 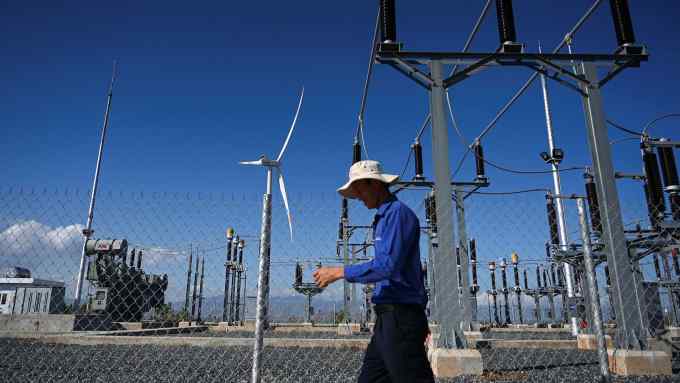