If you think the same, join us
FT Series Art Basel OVR:2020 and the dawn of new platforms
Collecting

2020: it’s an exceptional year for everyone. For artists, the experience of lockdown has often been fruitful — “I haven’t had so much time in my studio for years”, one commented recently, echoing the feelings of many. But some have felt frustrated and blocked, unable to work well because of the weight of circumstances, the whirl of anxiety.

Either way, their responses will be significant, both for our perceptions and for their own practice. One example is ceramicist Edmund de Waal who, speaking about his recent work crafted from stone and alabaster instead of highly delicate porcelain, says: “In these last months I realised how much I wanted to make things for people to touch.”

So Art Basel’s decision to devote its upcoming Online Viewing Rooms entirely to works made in 2020 will surely prove fascinating. The focus of “OVR:2020” will be compact: just 100 galleries showing six works each, nothing like the behemoth previous OVR editions.

The gallery range is widely international, with contributors from Budapest, Warsaw, Dubai, Vancouver, Seoul, Los Angeles, Taipei and Vienna as well as the more predictable New York, London and Paris. And all without boarding a single plane. It’s tempting to think that the OVR model, hastily conceived and now being honed by exigency, will prove durable even when normal art fair service is resumed: its benefits of cost, sustainability and access are so significant.

But, how is it as an experience? Opinions vary, though all agree that some forms of work are more easily appreciated on a digital platform than others. Sales figures are encouraging, however — Art Basel & UBS’s recently published report on how the Covid-19 pandemic has affected the art market reveals that 92 per cent of collectors have continued to buy art during this time, with 16 per cent acquiring work worth more than $1m.

For many, it’s a bonus that buying art from digital presentations also buys time — precious hours that would otherwise be spent travelling and trudging round physical art fairs. Time itself has been a powerful commodity afforded us by lockdown, and it is the theme of British artist Ryan Gander, showing in OVR:2020 with Lisson gallery, who has made new work that responds to the “attention economy” and the essential value of our time.

The lockdown time is also the focus of recent work by New York-based Canadian Sara Cwynar, with Cooper Cole, who works with photography, collage and installation. Cwynar’s vividly coloured, layered and piled constructions, using a welter of references including social media screenshots, fine art prints, news reports, advertising, images of the natural world, herself in a domestic setting and much more, build up to a commentary on our social world and in particular this exceptional moment.

More layered, responsive and vivid work also comes from the multidisciplinary artist Ebony G. Patterson. Born in Jamaica, Patterson has made an impact with painting, installation, performance and video, her works usually ablaze with beads, glitter and sequins and sparkles of all sorts, flowers and patterned fabrics. Her “Gangstas for Life” series of portraits made around Jamaica’s dancehall culture, and her garden-inspired installations, bode well for the new works on paper that will be shown in the OVR by Chicago’s Monique Meloche Gallery.

And we can expect more visual fireworks from the diversely talented Kapwani Kiwanga, who is shortlisted for the Marcel Duchamp Prize, among other accolades. Kiwanga’s range is such that it’s impossible to predict what she’ll do next — her powerful series “Nations” uses highly chromatic and decorated beaded, embroidered, swathed and fringed fabrics, while a 2019 exhibition in Cambridge, Massachusetts, entitled Safe Passage displayed angular, sparse, almost minimalist panels made of agricultural shade-cloth in room-sized installations.

Her “Flowers for Africa” project again plays with time: these reconstructions of floral displays created for the independence celebrations of different African nations fade and die over the course of a show. Her “Glow” series — huge, futurist, black geometric forms lit by an LED light — refers to an old law that required slaves to carry a lit candle after dark: the black body under surveillance, or the black body illuminated, defined.

Kiwanga, Canadian-born, continues her deeply felt researches into African heritage and nationality in the OVR:2020 display with a new ensemble of five embroidered banners from the “Nations” series and new pieces in the “Flowers for Africa” series, including one devoted to Cameroon. Looking towards Africa is itself a form of travel under lockdown: as her Paris-based gallerist Jérôme Poggi says, “The crisis can be a huge accelerator of change. It is not so much about resisting the crisis, but letting go and being transformed by it — for those who will be able to question themselves, react and metamorphose themselves. Kapwani’s work itself embodies the notion of metamorphosis, mutation, transplantation, alterations and change.”

Perhaps the most original use of a digital platform will come from Berlin’s Neugerriemschneider gallery, which is planning to live-stream the construction of two new works by the artist Thai Rirkrit Tiravanija over the course of the four-day OVR. Tiravanija’s installations are nothing if not ambitious: the multi-award-winning, globetrotting artist thinks big. An example is the creation of terraced rice fields in the gardens of Schloss Wilhelmshöhe in Kassel for Documenta 12, his Fear Eats the Soul exhibition at Gavin Brown in New York that removed doors to open the gallery to the street and included, among much else, a working T-shirt factory and a soup kitchen. That phrase “Fear Eats the Soul” (borrowed from film-maker Rainer Werner Fassbinder) has featured often in the artist’s work, including on a set of giant flags, erected in 16 US states coast to coast, as part of Creative Time’s “Pledges of Allegiance” project in 2018. Much to look forward to.

If you believe, as many do, that artists are the bellwether of our collective mood and spirit, and harbingers of the zeitgeist, then OVR:2020 should be unusually revealing.

Explore the series
READ MOREArt Basel OVR:2020 and the dawn of new platforms
Art Basel’s OVR:2020 — a window on to the present 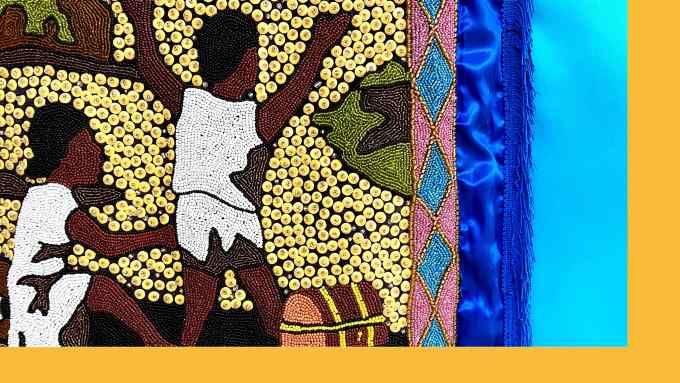