Atlantic blue-fin tuna is a status food for sashimi fans and can command extravagant prices in Japan’s markets, where it is not uncommon for the fish to sell for $60,000 per metric ton, while some single fish have fetched more than $1m at auction.

Even less-prized tuna commands good prices, with the legal tuna market worth about $40bn a year. Its potential for vast profits however attracts both big business and organised crime.

The most common kind of fish fraud is substitution and mislabelling: a protected species might be mislabelled as legal, or a low-value product like farmed salmon is substituted for the wild-caught variety.

Globally about 20 per cent of seafood test samples in the retail and catering sectors are mislabelled, according to a review of studies on fish fraud published in 2016 by Oceana, a campaign group.

Such crime can also constitute a danger to public health. In June 2018, 79 people were arrested in Spain as part of a Europol investigation into an international organised criminal group handling more than 2,000 tons of tuna annually. In one case, fish that had not been properly frozen, was treated with colourants and sold as fresh, causing some instances of food poisoning. In another fraud, a Europol raid found out-of-date frozen squid that had been defrosted, deodorised with chemicals and sold as fresh, fetching a higher price.

Italy’s mafia organisations have increasingly turned from violence to commercial enterprises, including food production, that allow them to launder money while reaping big profits, and ignoring safety and welfare standards, says the Observatory on Crime in Agriculture and the Food Chain. The Rome-based think-tank estimates the value of the illegal fishing industry globally at $20bn-$25bn a year.

FT Magazine
How the mafia got to our food 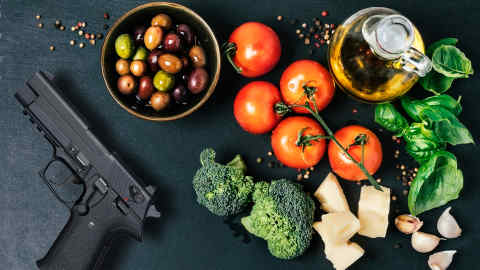 Crime syndicates are involved in the fish chain, across borders, from trawling to processing and distribution, via their control of markets and restaurants, according to the latest report by the Observatory, which says: “They systematically violate the rules in all ways, from illegal fishing to species substitution, false certificates and corruption of officials.”

Europol began working on international food fraud in 2011, “because criminals do not limit themselves to one country and benefit from restricted legal jurisdictions”, says Chris Vansteenkiste, head of counterfeiting at the agency.

Following the 2013 horsemeat scandal in the EU, which showed how vulnerable international food systems are to fraud and organised crime, the number of countries involved in Europol’s operations grew from nine to 67.

Countries that have a rich tradition of food are particularly concerned about food fraud because of the potential commercial damage, says Mr Vansteenkiste.

Opson VII, Europol’s latest operation targeting fake and substandard food, has led to the dismantling of 50 organised crime groups and the arrest of 750 people. “We are always trying to catch up with the criminals. They are quite creative,” says Mr Vansteenkiste.

Combating this criminal creativity requires “traceability, standardisation and co-operation”, recommends Professor Alan Reilly, former chief executive of the Food Safety Authority for Ireland in a 2018 report for the UN’s Food and Agriculture Organization.

Consumer awareness of misleading labelling has been growing, prompting retailers to seek certification by reputable organisations such as the UK-based Marine Stewardship Council.

In the past, differences in names for fish, even within the same region, caused confusion. But international regulations are being tightened up. EU rules now require labelling with the scientific name and origin of all fish.

Rob Ogden, a researcher based at the University of Edinburgh, is part of Trace Wildlife Forensics Network, an organisation that has helped develop genetic traceability techniques using DNA markers to identify species. The techniques can identify any species worldwide, he says, and even verify the geographical origin of some fish such as North Sea cod and Baltic cod.

But, despite funding for test development, absence of infrastructure, budget constraints and lack of awareness mean that “practical application is fraught with difficulty — routine DNA testing has not fed down to the field”, says Dr Ogden.

To empower law enforcement to carry out prosecutions, scientists are needed to provide analysis in the field, he says.

More investment in DNA tests would create a strong deterrent effect, argues Dr Ogden. “It’s like forensics work in cases of human crime. If people think they are likely to get caught they are less likely to offend.”

When looking at the costs and benefits, we need to evaluate the real cost of not testing on sustainable supply chains, he adds. “On a systemic level there are costs to allowing criminality to work. There is unbelievable environmental damage and we will end up without fish to eat.” 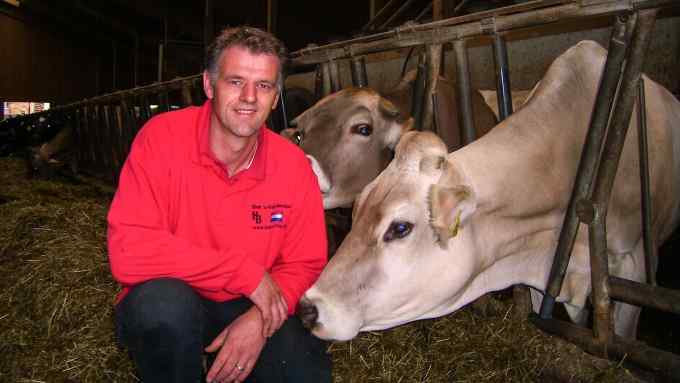