Supermarkets urged to nibble at margins

Among those attempting to address the problem is InspiraFarms, a company launched in 2012 by former Oxfam executives Michele Bruni and Tim Chambers, which produces affordable, energy-efficient cold storage and processing equipment. This helps farmers reduce losses and comply with international food safety standards, allowing them to access higher-value markets.

InspiraFarms’ clients are among an estimated 450m-500m households globally for which agriculture is the principal activity. While a few are commercial producers, most are subsistence farmers, growing food only for their families. Yet some argue that, with assistance, some of the larger of these farms could sell into global markets, helping to improve livelihoods.

“There’s a piece in the middle we think should be helped because they can become more commercial — that’s our target,” says Tania Lozansky, head of agribusiness advisory services at the International Finance Corporation (IFC), the private sector arm of the World Bank.

Diversification could also increase the viability of rural livelihoods, says Lorenzo Bellu, a senior economist at the UN Food and Agriculture Organization. He says “integrated agriculture” could include everything from renewable energy generation to tourism and “ecosystem services”, such as forest stewardship for greenhouse gas sequestration — capturing carbon — and land stability, or the conservation of lakes and rivers.

“Paying for these services could contribute to a multi-output form of agriculture,” he says. “This is an avenue that we have not investigated sufficiently.”

Meanwhile, a number of obstacles need to be removed if smallholder farmers are to become more commercially successful. Lack of access to finance is one. Farmers need credit to invest in machinery and high-quality agricultural inputs such as fertilisers. Yet in Africa, for example, while agriculture employs about 55 per cent of the population, only about 1 per cent of bank lending goes to the sector, according to the IFC.

Part of the problem is that many small-scale farmers own little or no land. “Banks are struggling with being able to finance smallholder farmers when they don’t have collateral,” says Allie Burns, managing director at Village Capital, which invests in early-stage ventures that are solving problems in sectors such as agriculture.

While the microfinance industry has developed financial products for small-scale farmers, from loans to crop insurance, Ms Burns says entrepreneurs are coming up with new solutions.

She cites Kenya-based FarmDrive, one of Village Capital’s investees, which uses machine learning and mobile phone, satellite and other data to create alternative credit scores for smallholder farmers based on things such as their social and commercial activities and farming practices.

Access to information is also essential for farmers. The ubiquity of the mobile phone in many developing countries has made it an important tool, giving access to knowledge about anything from improved farming practices to real-time market prices.

Social entrepreneurs and start-ups have harnessed the technology to roll out a number of services for smallholder farmers. For example, Ghana-based Ignitia delivers its low-cost tropical weather forecasting service as text messages, helping farmers make smarter decisions about when to plant and harvest. Texts also allow African farmers to access the crowdsourced agricultural information service developed by UK-based Wefarm.

Another problem faced by smallholder farmers is harder to control: the low prices they receive for their output. Smallholders’ share of the consumer price in global food chains has been shrinking, according to Oxfam — from 16 per cent in 1995 to less than 14 per cent in 2011, with farmers in some countries receiving an average of 7 per cent.

“If retail prices were rising you might lift all boats, but mostly that’s not the case and the pressure remains strong from supermarkets to keep retail prices low,” says Tim Gore, head of policy, advocacy and research at Oxfam International’s GROW Campaign, which lobbies for a sustainable, inclusive food system.

One way countries can address the problem is by establishing price-support mechanisms. However, Mr Gore says the demand side of the supply chain also plays a role.

“It’s not easy as supermarkets say they work in a competitive price environment,” he says. “But our sense is that there’s a lot more than can do without requiring increases in retail prices.”

This, says Mr Gore, is possible because of the increased share of the value of food supply chains supermarkets have won in recent years. “They’ve only got to take a little of the extra margins they’ve gained away to make a big difference to smallholders,” he says.

Persuading multinationals to give up some of their profit margins might seem a tall order. However, Mr Gore says the commercial case for doing so is strong. “Their businesses are based on just-in-time delivery of consistent products,” he says. “They can’t bear any kind of disruption — and smallholders going out of business is a tangible disruption.” 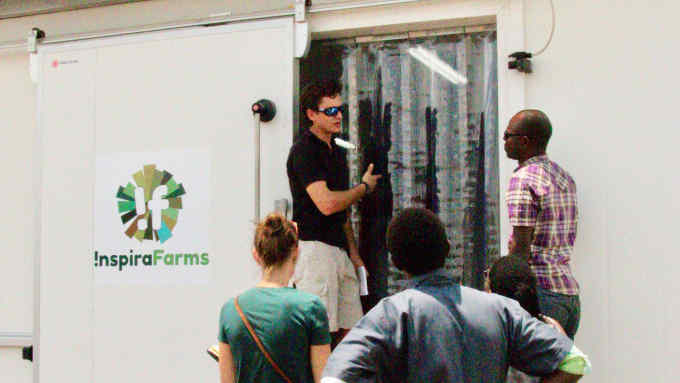