Return to the office: new lessons for managers

As he steps up measures to encourage his 22,000 staff to return to offices across the UK this month, Kevin Ellis, senior partner and chair at PwC, the Big Four accountancy firm, acknowledges that this is a situation for which “there is no playbook”.

The PwC leadership in the UK is facing the same issues as other managers globally, and many forward-looking companies are taking cues from the experiences of leaders in organisations where the staff have not been able to work from home during the pandemic. Last month, UK official data suggested two-thirds of the workforce is “mainly working in the same place as before the pandemic”.

“This isn’t the beginning of a return to work,” says Dr Richard Heron, vice-president and chief medical officer at BP, the energy group, where its staff are used to collaborating remotely and globally. “In many of our settings people have been working throughout the pandemic, operating critical infrastructure for heat, light and power and in retail. Many have learnt that work they assumed needed to be done in a particular place doesn’t always need to be”.

He says the company is encouraging one-on-one meetings with managers to talk about what works for them and for the business and develop individual agreements. “People get used to things, so coming back into workplaces is a change,” Heron says. The company, he adds, has tried to help people manage uncertainty and anxiety. “When you demonstrate you genuinely care, you see your outcomes moving in a positive direction.”

Some common themes are emerging among companies experimenting with new approaches during the pandemic. These include new styles of working, even in companies where workplace attendance is seen as essential. Mark Slattery, PR manager at BAM Construct, says when an employee based at one of the company’s building sites in Wales struggled with juggling her job and caring for parents during the pandemic, her manager reorganised her schedule so she could work partly from home.

“The net result was her own health stopped suffering and she was more productive,” he says. Since the start of 2021, the company has committed to offering flexibility in working patterns negotiated team by team and at each site.

A lot of time and effort went into cleaning, fumigating and spraying . . . Now the focus is much more on ventilation

Emma Stewart, co-founder of Timewise, a consultancy that advises on flexible working, says: “Everybody is still working it out. I don’t think we are yet at a point where we can say there is one approach that is working well. It’s about being prepared to innovate and try different things.”

Dr Will Ponsonby, an occupational health consultant and a former president of the Society of Occupational Medicine, argues that companies in the private sector — notably those in engineering — were often ahead of government advice or lockdown orders in instructing employees to work from home and in introducing infection control measures for those who had to remain.

He says when they started, they didn’t fully understand the virus and its transmission. A lot of time and effort went into cleaning, fumigating and spraying. “Now the focus is much more on ventilation.”

In contrast, he says some public sector organisations have been slower to adapt, including the NHS itself, which employs just a handful of hygienists. “There weren’t those people to advise on protection and risk assessments. It was a really big gap.”

Knowing other employees are fully vaccinated can be a huge reassurance to returning staff. While official workplace vaccine mandates are not in place in the UK, many companies say they strongly encourage it. NatWest, for example, is providing paid leave for staff to get the vaccine.

Coronavirus economic impact
Yoga, DJs and cash on offer as companies tempt staff back to the office 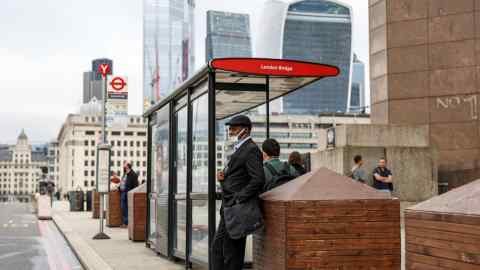 In the US, Joe Biden’s announcement this month that the government will demand larger companies require employees to be vaccinated or submit to regular testing has been welcomed by the Business Roundtable, which represents some of the largest US companies. President Biden has also signed an executive order enforcing vaccination for federal government employees and contractors. Those who refuse will face disciplinary proceedings and will lose their jobs.

Ellis at PwC is optimistic that large numbers of currently homeworking staff will feel safe and confident to come back to the office. He cites his own positive experience. “I intended to be in the office three days a week,” he says. “But I preferred it so much and got so much more energy from it that I’m now coming in for [all] five days.”

He has also tracked employees’ views. In regular polling, most PwC staff of all ages have said on average that they were keen to be in the office two to three days a week. That has been borne out so far, and the numbers in offices have doubled over the past two weeks to more than 4,500. Ellis believes the return is motivated by “a combination of appetite and fear of missing out”.

Returning staff may also be motivated by half-price food at the office and a bonus of £1,000 for every employee, which Ellis has encouraged them to spend on something linked to workplace return, such as season ticket costs.

He has also announced a new “deal” that offers staff more freedom to plan their working hours and locations, with Friday afternoons off in July and August. It carries the expectation that 40-60 per cent of their time will be spent with other colleagues in the PwC office or at clients’ workplaces.

Elaine Arden is group chief human resources officer at HSBC, where less than 10 per cent of staff globally have been in offices during the pandemic. “It would be a missed opportunity if we just drifted back into the old ways. The question is how do we now get the best of both worlds.”

She says the bank is encouraging conversations to explore how best to work, reflecting on the most effective approach for individuals’ jobs, their teams and customers — many of whom have themselves adapted their patterns including a shift to greater online banking, with implications for future working arrangements.

In the UK, a return to work is being helped by falling hospitalisation rates linked to high vaccination, the end of the summer holiday and a return to school, which is easing disruptions for working parents.

But Heron stresses that elsewhere in the world “there are so many different cultural, regulatory and contextual matters to consider”. Other countries where BP operates are in lockdown, struggling with vaccine access or hesitancy, and limited access to Covid-19 testing kits.

“We have common principles but slightly different arrangements in each place,” he says. That includes requiring staff travelling to remote locations with limited medical facilities to take tests for their own safety.

BP’s global initiatives have included information sessions with staff, and podcasts and discussions with psychiatrists to provide support at a time of uncertainty. BP has maintained high levels of cleaning and ventilation, and has stressed the importance of staff wearing face masks when moving around its buildings.

It has also introduced incentives and surprises to encourage a positive buzz in the office, such as fitness classes and free breakfast and coffee. “We are constantly trying to say it’s OK to come back,” Heron says.

HSBC has invited employees to use internal communication channels to share videos of the small pleasures linked to the return to normal working life, such as going back to a favourite coffee shop near the office. “That’s better than anything corporate,” says Arden.

More prosaically, the bank has been rearranging office layouts, with more open plan areas, and a booking system allowing teams to sit together on days they want to meet in person.

Ellis at PwC is particularly concerned that younger people need to spend time in the office to develop networks and learn through informal exchanges and “peripheral vision which is harder to do in Zoomland”. He has been giving talks to new recruits and says: “They want guidelines and not total flexibility.” 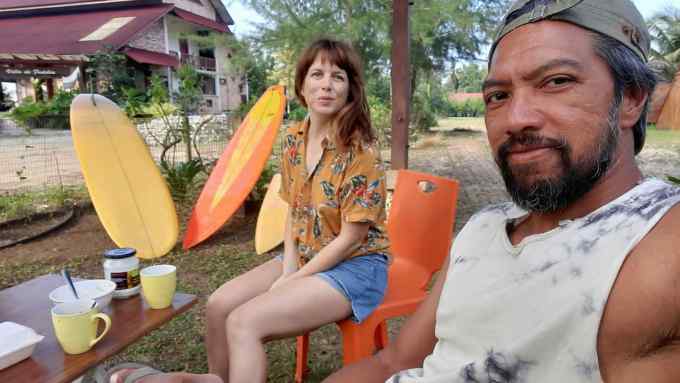