In-house lawyers focus on fairness in the workplace

Racial justice and the treatment of workers during the pandemic dominate boardroom agendas. Plus: six general counsel who stand out for talent management

Covid-19 had already put companies in the spotlight for the extent to which they supported their workers in the crisis. Now the killing of George Floyd in the US, and the international protests that followed, have intensified the pressure to create equitable, diverse workforces.

As boardrooms discuss how to respond, one senior executive has a prominent seat at the table: the general counsel.

Even before the pandemic and the movement for racial justice, senior legal executives were taking on a role as both legal and strategic business adviser.

“Because the general counsel has such a broad view of so much of what’s going on inside the company, they tend to pick up roles like that,” says Leigh Dance, founder and president of ELD International, an adviser to global in-house legal teams.

Remote working is an opportunity to hire beyond geographic location

At the same time, the workforce-related responsibilities of senior in-house lawyers are stretching beyond employment contracting and compliance.

“Succession planning, attracting and retaining diverse talent, mentoring and where we go to recruit people — all of those are things that I play a role in,” says Desiree Ralls-Morrison, general counsel at US medical device company Boston Scientific.

The shift to remote working during the pandemic has made it easier for her company to promote a more diverse workforce. “In the US, two of our biggest locations are [the area] outside Boston, and Minneapolis,” she says. “Those are areas where it’s previously been difficult to attract people of colour, so this is an opportunity for us to hire beyond geographic location.”

With the pandemic forcing so many employees to work from home, in-house lawyers have also been managing the legal implications, ranging from new working hours to data security practices.

“You had employee-related in-house legal people on the crisis management risk teams and general counsel at the C-suite level making sure they were doing the right things for people to stay on track in terms of wellness,” says Ms Ralls-Morrison.

Across business, the crisis has pushed senior leadership to become far more people-focused. “There seems to be a transition where people expect the company to be more of a social actor at this time, and not so much of a financial actor,” says Scott Offer, general counsel at Flex, an electronics design and manufacturing company.

This calls for being able to adapt to the different ways that people now want to work, which Mr Offer believes will last beyond the crisis. “We’re trying to be compassionate and sensitive,” he says. “And there will more flexibility to allow people who have families or elderly parents to not be in the office.”

People expect the company to be more of a social actor at this time, and not so much of a financial actor

The racial justice protests are also likely to make an impact on the corporate world by intensifying demands for more diverse workplaces.

Here, too, senior in-house lawyers are playing an increasingly prominent role in advancing the agenda. “Especially now, employees are looking for guidance and encouragement to speak up,” says Mr Offer. In the wake of Floyd’s death, he drafted a message to all the company’s 150,000 employees and helped to facilitate related discussions internally.

He sees his influence as extending beyond his own department, where he works on a pipeline of diverse talent and encourages organisations that Flex works with to do the same. “I consider it my role to be a champion of diversity and inclusion as part of a broader corporate effort,” he says.

The business case for promoting diversity and inclusion is compelling, Ms Ralls-Morrison says: “We believe it makes us a better company, it increases our revenues and it helps us to better serve patients and healthcare providers.”

The uncertainties created by the coronavirus crisis and the protest movement will in turn influence the types of legal experts that companies are looking to hire. “What they care about is their ability to forecast political, socio-economic popular trends that will have an impact on the company,” says Ms Dance. “And to do that, you have to have the pulse of your people.”

Six of the best general counsel for managing talent

The following stand out for their ability to build and lead legal teams.
Profiles compiled by RSG Consulting and FT editors

Appointed to his role in 2003, Alan Braverman was early to recognise the importance of diversity in his team. He started offering scholarships to law students, became personally involved in hiring all new lawyers to ensure a diverse pipeline of talent, and supported the start of the Disney Lawyers of Color employee resource group. In 2014 he joined the board of the Leadership Council on Legal Diversity. Comprising 320 corporate chief legal officers and managing partners, the LCLD runs mentoring and scholarship programmes as well as promoting diversity and inclusion in members’ organisations. The Disney legal department’s 15,000-plus hours of pro bono work in the past five years has helped to create an inclusive culture.

Scott Offer encourages his lawyers to be business partners who can assess, for instance, whether a contract will make money, as well as ensuring the right clauses are in place. They are also encouraged to be proactive and proficient with data. For example, lawyers recommended using robots to make autonomous-vehicle hardware because such automation would also record accurate data on every procedure, ready for any questions or litigation that might emerge in the future.

Vroukje van Oosten Slingeland has made it a priority to keep ING’s lawyers around the world connected. They are also trained in areas such as agile working and data science. As an unusually technology- and data-driven department, ING’s lawyers develop their own software tools. A tech team in Turkey helps them turn out basic versions — so-called minimum viable products — which they can rapidly test and improve. One tool scans for regulatory changes in all the markets in which ING operates, rather than lawyers having to look out for them.

Desiree Ralls-Morrison expects her team to be business advisers first, but ones armed with expert legal knowledge. Lawyers are often criticised as too risk-averse, so Ms Ralls-Morrison devised a risk training programme that taught the whole team how to prioritise and weigh risk, and then talk to the business about it without appearing negative. Providing opportunities for her team to stretch themselves benefits the whole department, she says. “[It] leads to people engaging and developing other people. You don’t have to be at an executive level.”

A former senior partner of global law firm Shearman & Sterling, Rohan Weerasinghe is no stranger to the challenges of leading a large team of lawyers. Thanks to his team’s support, Citi was in 2018 the first US bank to report on its gender and ethnic minority pay gap, after a shareholder activist campaign against six Wall Street institutions. The bank committed itself to achieving by the end of 2021 a target of 40 per cent women at assistant vice-president to managing director level globally, and 8 per cent black employees at those levels in the US.

Simone Wu has many roles wrapped up in one. As head of external affairs, she is responsible for managing relationships with the company’s 13,000 franchisees as well as general public relations. According to chief financial officer Dominic Dragisich, Ms Wu and her team are “consistently” involved in the company’s most critical initiatives. Ms Wu champions diversity through her work on the Minority Corporate Counsel Association board and ensures the company’s franchise hotels are also participating in those conversations. 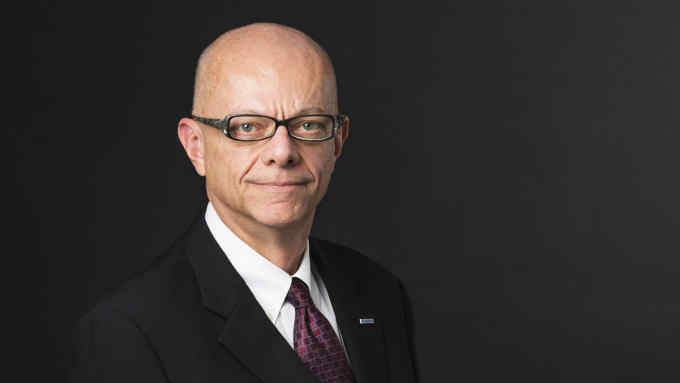 We highlight 27 top in-house lawyers. Plus: Companies double down on ESG after the pandemic; requirements for a start-up mindset; making people matter in times of strife; and a radical makeover at Panasonic