Lourival dos Santos, who runs a small farm in the interior of Brazil’s northeastern state of Maranhão, clutches a bunch of cassava and smiles at the mention of a new beer. “Before, only me, my wife, and my son and daughter produced cassava. Today, with increasing demand, my son-in-law, nephew and cousin also work with us. And there are many other families in the same situation,” he says.

The Communist party government in one of Brazil’s poorest states has joined forces with AmBev, the local subsidiary of international brewing company AB InBev, to launch Magnífica, a beer that is both affordable and sustainable. It is produced using solely local cassava, also known as manioc, from small farmers in this shoulder of South America.

“Magnífica was a very important and welcome opportunity that added other [reasons to grow] manioc and now we have a new product,” Mr dos Santos explains.

Magnífica has been a hit since its launch in Maranhão in December, says Mateus Viana, the manager at AmBev’s brewery on the outskirts of São Luís, the state capital. And it is clear that the combination of booming sales, cheap beer and stable income for farmers is creating a sense of optimism with cassava at its heart.

“Manioc is a key component of Maranhão’s culture,” explains Júlio César Mendonça, the state’s secretary of family agriculture, pointing to the fact that Maranhão is Brazil’s fourth-largest producer of this rich source of food carbohydrates. “Here, when people speak of sustainability they speak of manioc . . . It is crucial for fighting poverty simply because everyone, especially in the state’s poorest areas, plants manioc.”

Each month, AmBev buys a total of 600 tonnes of manioc from 175 producers in Maranhão, with a goal of reaching 250 producers by the end of 2019.

There are now similar projects in two other northeastern Brazilian states — Nossa in Pernambuco and Legítima in Ceará — where manioc is also a staple. It is now more than seven years since AB InBev — maker of Budweiser, Corona and Stella Artois beers — launched Impala, the world’s first beer made of cassava, in Mozambique.

But Magnífica has a very local identity. It is sold only in Maranhão, and Bernardo Paiva, president of AmBev, says it is “produced in the state by Maranhenses for Maranhenses”. Its motto is “Do campo ao copo”, from the field to the glass.

“It’s been my best-seller since I first got it earlier this year. People love it,” says Etiene Messías, who sells Magnífica from her street stall in the old town of São Luis.

“We love it, it is not bitter, it is refreshing,” says Kamila Caetano, a 25-year-old student who travelled with friends from the neighbouring state of Pará to enjoy the beer, posing for a selfie with the bottle.

Here, when people speak of sustainability they speak of [cassava] . . . It is crucial for fighting poverty

But Flávio Dino, the Communist governor of Maranhão, offers some pragmatic context: “If this was about producing cassava beer without the participation of family farming, it would make little sense, even if it could eventually make sense to consumers. We sought to align the commercial interest of a large multinational corporation with our interest in adding value to the local supply chain of manioc. And, so far, it has been successful.”

Part of the secret of its success is that cassava is one of the world’s “most inclusive crops”, explains Loroana Santana, president of Maranhão’s agency for agricultural research. For her, Magnífica has opened “a path to self-sustainability” for this crop by opening up markets, adding value to the produce and improving productivity.

According to the UN Food and Agriculture Organization, cassava is a “highly versatile crop grown by smallholders in more than 100 countries . . . together with its importance as a source of food and food security, cassava also has a range of industrial uses that give it huge potential to spur rural industrial development and raise rural incomes.”

Back in his home town of Tabuleiro de São Bernardo, Mr dos Santos explains the grounds for his optimism: “Thanks to this partnership to produce Magnífica, we are gaining a better quality of life . . . We can even get together now, because life is not just work, right?”

Magnífica drinkers certainly seem to agree with his conclusion. 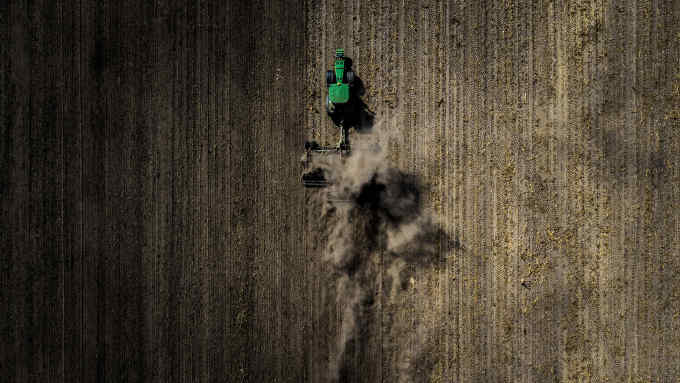