Concern over use of chemicals drives research into alternatives

Farmers and growers who want to protect plants from predators can choose from chemical or biological weapons. Although both have a long history, chemical warfare has dominated since the mid-20th century as farmers have applied vast volumes of synthetic pesticides to their crops, sustaining a large and profitable agrochemical industry.

Recently, attention has turned back to biological control — unleashing predators and parasites against plant pests — as the use of chemical pesticides is increasingly restricted by concerns about environmental and health effects.

“The rate at which we are losing synthetic insecticides means that the future lies with biological control,” says Samantha Cook, a pest management specialist at Rothamsted Research, a UK agricultural science centre.

She mentions the EU ban on neonicotinoid pesticides introduced in 2013 and extended last year. “Some farmers are giving up oilseed rape because they have lost the ‘neonics’ that were used to kill pests such as cabbage stem flea beetle and pollen beetle,” she says. “Now that we have lost these active [chemical] ingredients, we are asking what nature can do for us.”

Biological pest control is a complex field offering many different approaches, including introducing into the crop a pest’s natural enemies that have been grown elsewhere, and encouraging the growth of predatory species that already exist in the local environment.

Rothamsted researchers recently discovered that a particular parasitic wasp was an important natural enemy of the flea beetles that feed on oilseed rape.

“We are working to discover what the parasitic wasp needs in the environment to thrive,” says Ms Cook. “We’d like to know what sort of habitat, for example in field margins, is most beneficial for the natural enemies of crop pests and also for pollinator insects such as bees.”

Research into this conservation-based approach to pest control is largely the domain of public and non-profit organisations such as Rothamsted. Although companies can make money by selling seeds of plants that support beneficial insects or equipment to monitor pest numbers, there is a bigger business opportunity in growing and selling the insects themselves for farmers to release in their fields or greenhouses.

Yet the biological control industry is small and fragmented compared with the agrochemical industry, which includes giants such as Syngenta, Bayer, BASF and DowDuPont. Companies specialising in insects that suppress pests are little known outside the community of farmers and growers who buy their products; they include Koppert of the Netherlands, Biobest of Belgium, Beneficial Insectary of the US and Applied Bio-nomics of Canada.

Brian Spencer, president of family-owned Applied Bio-nomics, says that support from the public sector is crucial to research and the growth of the biological weapons sector.

“It is important to remember that the biological products our industry sells were given to us on a silver platter by government researchers in France, the UK, Netherlands, Canada, the US and elsewhere,” he says.

Public-private partnerships play an increasingly important part in research to find the best predatory or parasitic insects for biological control.

For example Vineland Research and Innovation, a public horticultural research centre in Ontario, has enlisted Applied Bio-nomics and several competitors in a project that aims to develop three new species for biological control, Mr Spencer says.

“We carry out in-house research but the question is how much we can afford to do,” Mr Spencer adds. “This is a tough business to make money in.”

Applied Bio-nomics sells 13 predatory species including midges, beetles, lacewings and hoverflies. The biggest seller is Stratiolaelaps scimitus, which Mr Spencer calls “the cornerstone of the industry worldwide”. This small brown mite lives in the top layer of soil and feeds on fungus gnats, springtails, thrips and other small insects that eat greenhouse plants.

The most important markets for biological control are in horticulture, fruit and vegetable growing, where high-value crops are concentrated in relatively small areas either under glass or in outdoor orchards and fields.

And while chemicals are relatively precise and controllable, biological control is less predictable, particularly in open fields. Researchers from Cornell University in the US demonstrated that point in a large study published recently, which focused on two insects that prey on cabbage-eating larvae.

The study found that when the predators were released on farms surrounded by woodland and uncultivated countryside, there were indeed fewer pests, less plant damage and bigger cabbages. But, surprisingly, when they were released on farms surrounded by other farmland, the reverse was true; the addition of pest predators resulted in more damage to the crop.

The reasons for these differences are complex and depend on interactions between local and added predators, says Ricardo Perez-Alvarez, a Cornell entomologist: “Landscape composition influences how predator species interact with one another and it therefore mediates the potential consequences for biological pest control.” 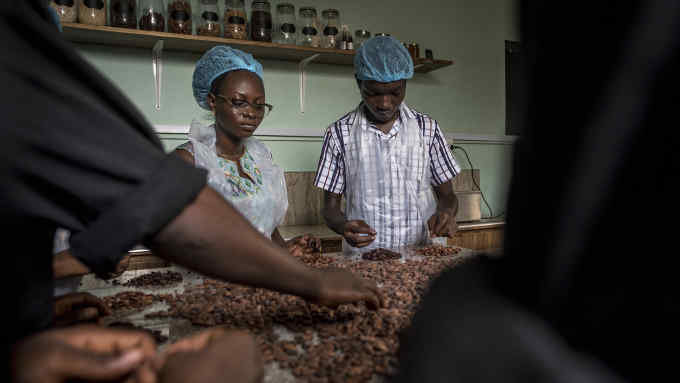