As a young diplomat, Pierre Gramegna was involved in an audacious project by the Luxembourg government to set up a satellite company. Some of the Grand Duchy’s bigger neighbours said it was too small to succeed, and pushed it to invest in their space projects instead.

“We kept on telling them, ‘It’s nice of you to want us to co-invest with you, but we are keen on this one and we want to do it ourselves’,” Gramegna, now Luxembourg’s finance minister, recalls in an interview with the FT. “And so they tried to block it. Finally, we managed ourselves. We were also lucky. You need to be lucky. We chose the right technology at that time.”

Founded in 1985, SES, or the Société Européenne des Satellites is now one of the largest private satellite operators in the world. For Gramegna, it is an example of how a small, wealthy country like Luxembourg can succeed with state-sponsored innovation. It means making a virtue out of the necessity to focus on a few technologies, while exploiting the potential of the EU’s vast internal market.

“As a small country, you must prioritise. That's the advantage of small size. You can focus much more easily and more efficiently than a large country.”

Now, the Grand Duchy is attempting a similar leap as part of its efforts to diversify an economy that depends on financial services for a quarter of its output, and which attracts criticism of a different kind.

Recent reports — published by Le Monde and other media organisations after the FT’s interview with Gramegna — about the extent of fund ownership by foreign nationals in Luxembourg, following new EU transparency requirements, are likely to intensify scrutiny of the financial sector.

Everybody has integrated the importance of fintech in transforming financial services

The ‘OpenLux’ investigation identified numerous European companies that appeared to have no reason to be domiciled in Luxembourg other than for tax optimisation — in theory not allowed.

In response, the finance ministry said Luxembourg was “fully in line and compliant” with EU rules and international standards for exchanging information in tax matters and combating tax abuse. But the European Commission has repeatedly warned that its “rules are used by companies that engage in aggressive tax planning” and has urged Luxembourg to clamp down — for example, by imposing a withholding tax on outbound interest payments to non-residents. Luxembourg has since agreed to do so for payments to tax havens on the EU's so-called black list.

The EU executive also wants Luxembourg to do more to diversify its economy by stimulating private investment in innovation and digitalisation.

Diversification is “crucial, especially for a smaller economy like ours that is open to the world”, Gramegna says. But innovation within existing sectors is as important as branching out into new ones, he adds.

“We have tried to diversify by building on our existing strengths. Our steel industry has not disappeared. We are still a major producer of specialised steel.”

With Luxembourg picking up business from London after Brexit, notably in insurance, its financial sector remains predominant. But that is only part of the story, Gramegna says.

“When one quarter of your economy depends on financial services you want to diversify. But because the financial sector has adjusted so well, modernised, reinvented itself, it has kept pace with the endeavours and investments in other sectors.”

The minister says as soon as he took over the finance portfolio seven and half years ago he identified the potential of financial technology for Luxembourg.

“And when I started talking about that people in the country looked at me in surprise. What is he talking about? Why is he not talking about banks and investment funds? Today I think everybody has integrated the importance of fintech in transforming financial services.”

The government set up a public-private fintech accelerator, the Luxembourg House of Financial Technology, with some 80 companies and a similar number of affiliated ones. New technology ventures are seeking to build on niche sectors where Luxembourg is already a strong player, such as fund management, regulatory compliance and insurance.

“It's an area where we can innovate very quickly because the standards are out, we do not need to reinvent them and we are confident they will become a world standard,” he says.

Gramegna also points to other innovating sectors, such as logistics, space technology building on earlier expertise in satellite communications, high-powered computing and biomedicine.

Despite these niches, Luxembourg has work to do in promoting digitalisation across the economy. The European Commission concluded in economic policy guidelines issued to Luxembourg last year that “technological integration” in private investment remained low, “compared with the high-potential environment and the country’s ambition to transition to a data-driven economy”.

Spending on R&D in Luxembourg stood at 1.19 per cent of gross domestic product in 2019, according to Eurostat figures, well below the EU average of 2.19 per cent. Business investment has been on the slide for a decade. 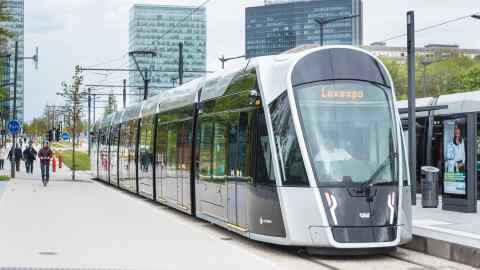 The government is now looking to raise public investment in innovation to 1 per cent of GDP in “the next few years” and last year it published a new research strategy targeting industrial transformation including materials sciences and high-powered computing; personalised healthcare; and sustainable development.

Gramegna, the longest-serving finance minister in the eurozone, says governments in the common currency area were too quick to cut public investment in the aftermath of the sovereign debt crisis in the early 2010s. It has slowed the recovery and reduced potential growth.

“So we need to have more investment European-wide and we need to work harder or work more smartly in order not to lose more weight relative to the US and China. We better wake up.”

This story has been amended to clarify the nature of the OpenLux reports and make it clear that Luxembourg has agreed to withhold tax on outbound interest payments to non-residents for payments to tax havens on the EU's blacklist. 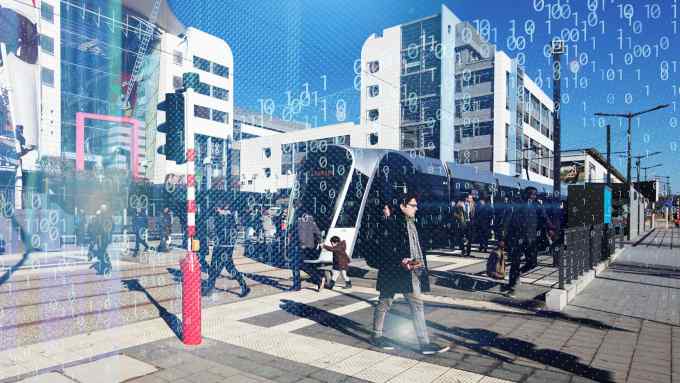