Gas-made renewable energy is expensive, but cheaper fossil-free technology is on the horizon

We’ll send you a myFT Daily Digest email rounding up the latest Luxembourg news every morning.

Hydrogen is often seen as a source of clean energy. But most of the world’s supply of this potentially plentiful gas, which can be used to power everything from cars to heating systems, is produced with energy from fossil fuels. Now, with backing from the EU, Luxembourg has joined the hunt for fossil-free technologies for hydrogen production.

“Hydrogen right now is not clean,” says Nicolas Boscher, a researcher at the Luxembourg Institute of Science and Technology (LIST), which works on researching products and services for both the public and private sectors.

Many countries are looking at clean hydrogen technology. Luxembourg, one of 11 EU member states to have implemented or announced hydrogen strategies, is particularly focused on clean production methods of hydrogen.

According to a report by KPMG, the consultancy, hydrogen produced through renewable energy sources, such as solar or wind-power, accounts for less than 2 per cent of the total supply. This so-called “green” hydrogen is more expensive to produce than hydrogen made using fossil fuels, though the cost will fall as solar and wind energy become cheaper.

LIST is researching ways of producing hydrogen, as well as its storage and efficient use. One study is looking at wave power as a constant and reliable source of electricity for hydrogen production.

“Unfortunately Europe has lost the [economic] battle of photovoltaic manufacturing,” says Damien Lenoble, director of the Materials Research and Technology department at LIST, referring to production of solar panels. In 2018, China was producing 73 per cent of the world’s solar panels, while Europe produced just 3 per cent.

So Luxembourg is looking for areas of hydrogen production where it can still compete. LIST wants to cut the use of electricity altogether.

Boscher was recently awarded a €1.9m grant from the European Research Council to explore ways of converting solar energy directly into hydrogen, rather than the current process of having to produce energy to convert into electricity, which is then used to produce hydrogen.

The grant feeds into the hydrogen strategy of the European Green Deal, which aims for hydrogen to be “an intrinsic part” of the energy system, and to deploy large-scale renewable hydrogen technologies from 2030 across sectors that are hard to decarbonise, such as shipping, aviation, cement and steel. These industries are also difficult to electrify, because their weight rules out batteries.

The EU’s Hydrogen Roadmap Europe report, completed in January 2019, wants to increase the use of hydrogen to allow Europe to remain competitive. But in doing so, it also wants to prioritise a move from grey to blue hydrogen, rather than going all-out for green hydrogen.

The EU is betting that stimulating the market for cheaper grey and blue hydrogen will create a robust global supply chain that in turn will allow green hydrogen to emerge as a dominant power source once the price drops.

Other big economies are also pursuing hydrogen power. Japan, for example, is planning to use the gas to fuel heavily subsidised vehicles. “We do believe that one of the main markets for hydrogen energy is the fuelling of vehicles,” Lenoble says. This is where hydrogen competes with both battery electric vehicles and hybrids, as well as traditional internal combustion engines.

According to a KPMG study into the automotive industry, 84 per cent of automotive executives think fuel cell electric vehicles (FCEV) will break through with industrial transportation (rather than personal vehicles), with the technology being a stable trend since 2017 along with battery and hybrid vehicles.

Hydrogen vehicles have benefits, such as significantly shorter charging time than those of battery-powered vehicles, and only water vapour being released on driving.

But consumers remain sceptical. Most are considering hybrids rather than fuel-cell or battery-powered vehicles. And although FCEV are expected to hold a 24 per cent share of the global market by 2030, this is heavily dependent on government subsidies. Luxembourg offers a €5k subsidy for buyers of hydrogen or battery passenger cars or vans, and €2.5k for hybrid vehicles.

Japan
Japan bets on ammonia as the fuel of the future 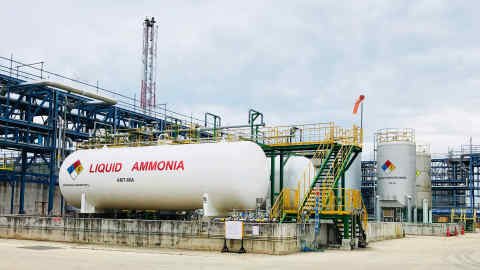 A comprehensive framework for the deployment and use of hydrogen has not been produced, and although Luxembourg has received funding for a hydrogen refuelling station, it has not been completed.

“The investment needed to create a basic hydrogen infrastructure is huge — and without the infrastructure, there will be no demand for cars,” Fiona Howarth, CEO of Octopus Electric Vehicles says.

Luxembourg estimates its annual costs for green hydrogen, including finding reliable renewable energy sources and developing infrastructure, at between €37m and €138m, depending on high or low demand by 2030. However, it also estimates that the economic benefits - in the form of new jobs in manufacturing, construction and operating hydrogen technologies - will outweigh these costs and will amount to €44m and €160m in the low- and high-demand scenarios respectively.

Get alerts on Luxembourg when a new story is published