Workplace anxiety — and how to overcome it

Feeling stressed or even fearful at work is increasingly common, but some simple techniques can help you manage it and support others

We all deserve to have a day at work without having the fear of God put into us. Which is why one of the most striking recent examples of “a bad day at the office” remains alarmingly fresh in my memory, almost two months on.

“Say what you mean,” snapped Vladimir Putin at Sergei Naryshkin, Russia’s foreign intelligence chief, at a security council meeting in February, 36 hours before the invasion of Ukraine. Putin taunted him: “Say yes or no”. Naryshkin squirmed. The exchange ended: “You can sit down now”. Whether you are a beleaguered IT manager or a top spy chief, these are words no one ever wants to hear. The 90-second video has 17mn views on YouTube.

The video surely went viral because that “get-me-out-of-here” feeling is something we aim to avoid at work at all costs. That moment represents a choice. You suck it up and keep your job. Or you stand up for yourself and risk the sack. Sometimes it’s an easy decision. We are silent and compliant and we tolerate the fear because we are pragmatic. Other times, the choice symbolises something huge. “Is this really the person I want to be?” We speak up because we’ve had enough.

How, though, do you manage long-term lower levels of fear and veiled aggression at work? When to take it — and when to push back? I’m not talking about incidents that would be better reported using formal channels. I mean the moments of silencing, of being talked at too sharply rather too often, of the slightly-too-shouty boss.

Management
What makes staff want to leave their jobs? Ask them

And I mean the moments that are down to your internal response: the times when you don’t speak up because you had a bad night’s sleep (or a bad year’s sleep), or the meetings when you kick yourself afterwards for missing an opportunity. These encounters, behaviours and, indeed, colleagues might be especially grating if you’re having to return to them after a period of blissful avoidance, thanks to working from home and being able to dictate your own agenda.

The extreme version of this is called “ergophobia” — excessive fear of the workplace. Ergophobia was first described in the 19th century as both “the art of laziness” and “a morbid fear or hatred of work.” One is controlled, intentional (and perhaps even pleasurable) idleness. The other is an unavoidable anxious state, closely related in the modern day to burnout, panic attacks and depression disorders.

These kinds of distinctions may be simplistic, but they are also helpful. If you are experiencing fear at work or feeling unheard or silenced, then ask yourself: “Is this down to me? Is there something I can change about my own behaviour? Am I being unreasonably sensitive? Am I being a tiny bit lazy?” Get specific. “Is this to do with me or the work itself? Or the personalities involved? Is it something environmental, like post-pandemic stress?” By separating out these categories, you can immediately start to see more easily what the solutions might be and how much influence you have over them.

Generalised anxiety manifesting as fear or social discomfort is not to be underestimated: the World Health Organization warned last month that Covid-19 has triggered a 25 per cent increase in the prevalence of anxiety and depression worldwide. But “silencing” (and “self-silencing”) at work is a long-term research field.

A 2009 study into workplace fears — a collaboration between Pennsylvania State, Cornell and Harvard universities published in the journal Research in Organizational Behavior — pinpoints two common types of fear-driven silence exhibited at work. The first is “non-deliberative, low-road silence”, immediate behaviour on the spur of the moment such as running out of a meeting in tears. The other is “conscious but schema-driven silence” or making a conscious decision not to speak up because you haven’t been listened to in the past.

The study concluded that many of us remain pragmatically silent on certain issues because we want an easy life. Graft this mentality on to the post-Covid era and you can see the dangers. Many workers are atomised and de-socialised. They are sometimes returning to behaviours and situations that aggravate them but over which they have no control. They feel anxious and unable to speak up about their true feelings.

Currently a common issue is self-silencing: when you want to speak but somehow you just don’t or can’t. On my podcast How to Own the Room the topic of self-expression in meetings recently came up when I was interviewing Paula Hines, a TV exec turned yoga entrepreneur and author of Rest + Calm.

In her former office job as a BBC script editor, although she often felt supported and championed by colleagues and bosses, over time she developed a view of herself that she was quiet. It affected how she performed in meetings. “I struggled with speaking in groups and with speaking in public, even in a work meeting with my colleagues. I really struggled to find my voice, and it would audibly shake. So the idea of regularly teaching and speaking in groups as I do now . . . I could not have imagined it.”

She came to realise that she was in fact silencing herself because she was experiencing stress and burnout from working on too many projects at once and putting herself under too much pressure. This led to her seeking out yoga and meditation — and eventually to her leaving her job to start her business, U Can Yoga. But could she have stayed in that stressful environment if she had better techniques and habits at her disposal? “If I knew then some of the things I know now . . . I would certainly have worried about smaller things less and I would have had more faith in my own instincts and abilities. It’s a level of self-awareness that I didn’t have at that stage [in my career]. I think it’s age as well . . . as I was that bit younger.”

This is the trouble with these issues around silence and fear: sometimes we can only learn a lesson by going through it. If you are going through this yourself, be patient and try to get perspective. Does it really matter if you are an active listener in some meetings for a while, rather than pushing yourself to contribute? If you’re seeing someone else go through it, talk to them about what you can do to help them find more confidence or get more downtime.

Lately I have heard a number of bosses complaining that some colleagues are becoming almost literal “silent partners”. These workers are there. But they are not really there. They avoid coming into the office, or if they do come in they avoid meetings and social occasions, or they come in on the days when they know there will be fewer people around. (“Yes, I think I’ll choose Monday as one of my days.”) These same colleagues often find reasons to turn their camera off in virtual meetings and/or consistently volunteer to be the note-taker in meetings so that they don’t have to participate.

How can we be supportive to these people while making them understand that this isn’t really a sustainable professional stance? One useful method is to announce a reset, however informal — an “as of today” moment where expectations are explicitly voiced. You can frame it as part of the new “back to work” agenda or you can just announce it as a resolution. “As of today, in virtual meetings, everyone has to have their camera on.” “As of today, everyone will be expected to come up with a suggestion at the end of every session. Or to come up with back-up reasons for someone else’s suggestion.” Don’t just tell people what you want: give them examples of what it looks and sounds like. Give them something to live up to.

For all of us, as long as the problem is not worthy of referring up to Human Resources (and good luck with that, Naryshkin), adopting “As of today” as an internal mantra is a great short-term fix: “As of today, I’m going to try to have a sense of humour about this issue, while I actively seek a long-term solution.” 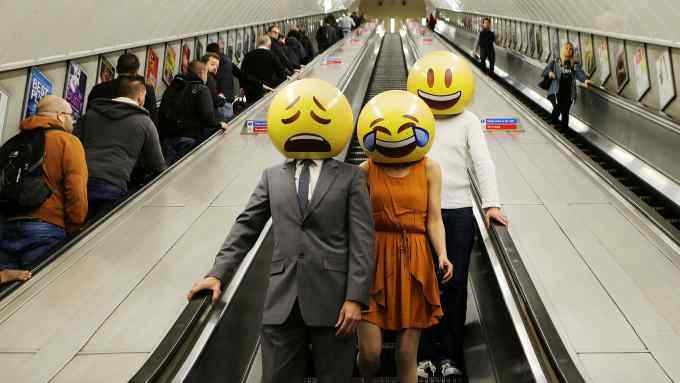