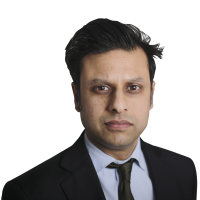 Ravi Mattu is the deputy Asia news editor of the Financial Times, helping to drive the paper's coverage across the Asia-Pacific region.

Since joining the FT in 2000, he has held a number of senior positions at the FT including: Tech Editor; Business Life editor, overseeing the management section of the paper; Acting Editor of the FT Weekend Magazine; and editor of Special Reports (magazines and websites).

He joined the FT from Prospect Magazine, where he was a senior editor. He began his career at Harper’s Magazine in New York.