Andy Haldane: Bring charities out of the technological dark ages

The Covid crisis has challenged every part of the economy, none more so than the charity sector. It has also challenged every individual in society, especially those already facing disadvantage.

Surveys by Pro Bono Economics, a charitable consultancy, suggest demand for the services provided by UK charities has increased dramatically through this past year, with around a third seeing demand rise by more than 25 per cent. At the same time, the supply of finance to charities has dried up as fundraising activities are shelved and shops shuttered.

The resulting imbalance between demand and supply has generated an estimated £10bn funding gap for the UK charitable sector — and multiples of that for the sector worldwide.

With the demand for their services set to remain high, while finances remain tight, there is a pressing need for organisations to find ways of continuing to do more with less.

The Covid crisis has provided the blueprint for doing so: digital transformation.

Pre-Covid, there were plenty of examples of technological innovation in the charity sector: from GoodBox, Tap for Change and Pay a Charity for contactless donations, to micro-volunteering websites such as Help from Home, Skills for Change and Cause Corps.

But many smaller charities simply did not have the means or the skills to take full advantage of these digital opportunities.

In surveys, only a third of UK charities believed they had the capacity to deliver digital transformation. This year has seen a step-change, with three-quarters of UK charities making greater use of digital technologies and two-thirds innovating to deliver services remotely.

Online giving has almost doubled this past year, for instance; at the same time cash giving has more than halved.

Some charities have flicked a digital switch in their service provision, fundraising activities and volunteering practices. Yet many still find themselves in the technological dark ages.

More than a quarter have cancelled services this past year because they or their users do not have the necessary skills or technology. Among smaller charities, and the most disadvantaged in society, Covid has widened the digital divide.

What is needed to close this gap and digitally transform the sector for good? Three essential ingredients are greater skills, investment and infrastructure.

There are large digital skills surpluses in some sectors of the economy, such as IT and professional services, and huge deficits in others. This means there are potentially enormous gains from trade if resources in surplus sectors could be mobilised and matched to charities.

There is already a thriving tech-for-good movement, with many great micro-initiatives from individuals and companies. This effort now needs to be co-ordinated, perhaps through a centralised matching platform, to mobilise more skilled volunteers and serve more charities — what better way for Big Tech collectively to demonstrate its social purpose? Such moves were also proposed by Conservative MP Danny Kruger in his recent review of civil society for the UK prime minister.

With finances tight many businesses and charities are, of necessity, putting digital upgrades on the backburner. Yet companies’ services could be improved and wider economic productivity boosted, so cutting back on investment is the last thing that either needs. 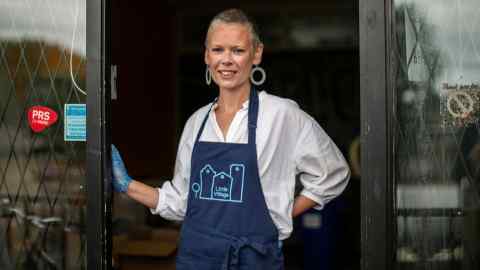 In response, some countries are providing financial incentives to bring forward digital upgrades in some industries. For example, Singapore’s central bank is offering funding to support technology improvements in its financial sector. Similar incentive schemes are worth considering for charities, especially smaller charities, whose digital needs are greater still.

In most countries, for example, there is no effective digital means of recording, much less rewarding, those engaged in voluntary activities. This constrains the supply of volunteers, especially among less well-off individuals, and limits the enormous value they are known to create.

A digital civic passport could at a stroke provide a means of recording and recognising voluntary action, and making a tangible contribution to people’s development and CV, helping to make civic service a core ingredient of life-long learning. As it already exists in some countries such as Scotland, we know a digital civic passport is both feasible and effective in encouraging participation among those from less advantaged backgrounds.

More ambitiously, a digital civic currency that rewards volunteers with credits that they can redeem at participating businesses, for instance, could provide even stronger incentives for civic participation from people across all income groups, while still respecting the voluntary nature of these activities.

There is also huge interest in digital currencies more broadly in the private and public sectors. It is important the social sector does not, once again, miss out on developments in this area. Charities could adopt the blueprint to deliver the digital civic currency.

After Covid, we will need to rebuild our economies and societies, not just better but kinder. There are few better places to start than by digitally equipping the charitable sector to meet more of the needs of those most disadvantaged by this awful crisis.

Get alerts on Charity when a new story is published 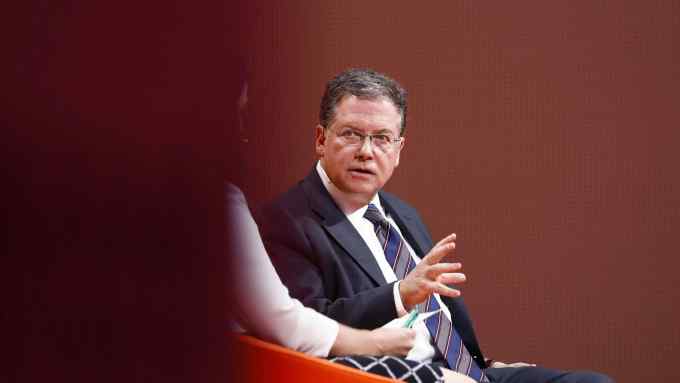