When Anna Gomez came to the US as an immigrant from the Philippines in the 1990s, it took three years to get her first job there, despite having an economics degree from one of the top universities in Asia. “There weren’t many opportunities to be: one, hired; two, mentored; and three, advocated,” she says.

More than 20 years later, Ms Gomez is chief financial officer of US advertising agency Leo Burnett, where she has made supporting and initiating diversity and inclusion strategies at the company part of her job.

“The CFO has to make sure financially that there’s a budget for that, that there are metrics that we measure. That’s the CFO’s job, to support management and ensure that there is a strategy in place with appropriate support and funding,” she says.

Ms Gomez is not alone in her belief that the finance chief’s role has expanded to cover non-financial strategies.

“The role of the CFO has become more diverse,” says Marlies de Vries, who leads finance and accounting programmes at Nyenrode Business University in the Netherlands. “It’s not just about finances but about tech and data, sustainability and SDGs [the UN’s Sustainable Development Goals], the non-financial information.”

Diversity and inclusion is a big part of this, she says, and a development that is especially important for the finance chief and the team around them.

A finance job requires a wide range of tasks, she notes, which means “it’s important that the team around the CFO is also diverse. Not only in terms of gender, ethnicity and religion, but also educational background.”

Bakr Al-Gamrh, assistant professor at Rennes School of Business in France, says a diverse finance team is especially important in a global company.

Not only will the new recruit bring a new network with them, but their personal insight will make the company more resilient operating in various countries, he says.

Yet diversity seems to be harder to achieve at chief financial officer level.

CFOs had an average of 7.6 people reporting directly to them, of which they deemed 1.5 would be “CFO-ready” within three years, a Deloitte survey of North American chief financial officers found in 2019. But while 32 per cent of the “CFO-ready” employees were women, and 37 per cent (male and female) were from ethnic or racial minorities, few make the leap to the executive position. Among the Fortune 100 companies, four chief financial officers are from ethnic minorities, while 11 are female.

“It’s important to create a diverse finance team, but it’s also very important to stipulate that you need to think about how you can keep a diverse team,” says Ms de Vries. “In order to attract and retain finance professionals you need facilities for life-long learning and development.”

Ms Gomez agrees. “You have a certain level of funds or a budget for your department and you make sure you allocate some to learning and development,” she says.

But she adds providing resources alone is not enough as candidates from diverse backgrounds may also need mentors to guide them and sponsors to advocate for them within the organisation.

“The reason why there’s not very many of us at the C-suite level is because some people have not been able to find those good mentors,” she says. “Advocating is referring them to bigger-stretch assignments, or talking about them in a meeting with higher-ups.”

Tai Tran, president and co-founder of Close the Gap, a foundation in the US to help students from low-income backgrounds fulfil their potential by providing mentorship and financial support, says the problem is tied to attracting the next generation of talent.

“The pipeline starts early on,” he says. “It’s a kind of chicken-and-egg problem: if I want to have a more diverse team, I’ve got to have more diverse people in leadership.”

He adds: “When you go on to a company’s website and look at the leadership team, you start wondering, do I see myself being part of that leadership team? So you need to see people that look like you.” 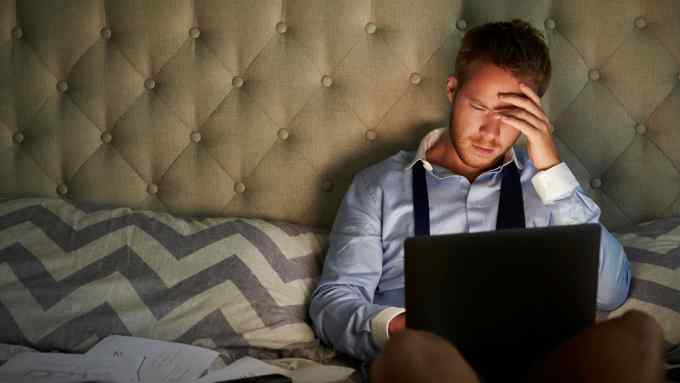