How’s your breathing right now? I’d wager it starts somewhere around your chest and makes your shoulders rise and fall. The fact is that most of us are performing the regular business of inhaling and exhaling all wrong. The solution lies in “breathwork”.

Quite unlike the unconscious, involuntary breathing we do all day, every day, the clue here is in the “work”. Conscious breathing requires active engagement in performing a specific pattern of breathing – one that has, until recently, been associated predominantly with yoga and meditation. But with the tantalising possibility of increasing focus, unlocking creativity, reducing stress and anxiety and even potentially affecting longevity (while making us look younger in the meantime), 2020 may just be the year we all catch our breath.

“The rise of breathwork is spurred by consumers who realise that the pursuit of wellness has been complicit with societal burnout,” says Jessica Smith, senior creative researcher at The Future Laboratory. “In response to the narrative that we must be fitter, faster, busier and ‘better’, breathwork gives us the physical and metaphorical space to slow down and build long-term endurance.

“What feels new is the growing link between breathwork and science,” she explains. “Where once it was seen as a spiritual, ‘woo woo’ pursuit, it’s now increasingly understood as a functional practice with certified benefits.”

“We can last for weeks without food, days without water – and just three minutes without breathing. Yet up to 80 per cent of us are breathing in a dysfunctional way; if chronically, at up to and over 40,000 breaths per day, rather than the optimal 15-20,000,” says the entrepreneur Alex Potter, who went from founding restaurants such as London’s Island Poké and Rum Kitchen to retraining in 2018 as a performance and breath coach.

The problem is that where once we used the diaphragm to take long, slow breaths through the nose, we now typically rely on shallow inhalations via the mouth. The chest puffs out, the shoulders rise – and unwittingly, we kickstart an adverse chain reaction.

“When we breathe functionally through the nose, it acts as a filter that regulates the amount of oxygen the body uses,” explains Potter. “When we breathe through the mouth, we lack this system of regulation; the body gets tricked into thinking it needs to breathe again to get enough oxygen. As a result, we exist in a chronic state of over-breathing.”

As co-founder of Kaizn Partners, he leads London-based programmes and retreats abroad. Both combine lifestyle tools with specific Performance Breath protocols, inspired by those of the Navy Seals, for example, to transform participants’ mindset, increase productivity and creativity – and, ultimately, drive success.

Dr Belisa Vranich, an American psychologist-turned-breath coach, uses breathwork to help clients tap into a higher state of consciousness that allows them to intervene when stress-related “triggers” threaten to disrupt their performance. Based on a variety of techniques taken from free diving, jujitsu, vocal training and yoga, her breathing techniques are even practised by US law-enforcement agencies.

The rest of us can always start with her “breath IQ test”, which involves measuring the diameter of the diaphragm at maximum inhalation and exhalation, then noting the difference. The lower the outcome (and the less your diaphragm moves), the lower your breathing IQ – and the more dysfunctional your breathing.

“Just like our cavemen ancestors, babies breathe by expanding and retracting their diaphragms,” Dr Vranich explains. “Yet, from the age of around five years old, when we go to school and begin to lead a more sedentary lifestyle, our posture and experience of the outside world changes. We take short, sharp breaths, which trigger the release of stress hormones: cortisol and adrenaline. As a result, we move from a ‘rest and digest’ parasympathetic state into ‘fight or flight’ mode, which relies on the sympathetic nervous system.”

Being poised for action is crucial if – like our ancestors – we needed to fight a predatory animal. But as it’s happening to most of us just looking at our inbox, the constant deluge of stress hormones is taking its toll on mental and physical wellbeing. We are, quite literally, wasting our breath.

The good news is that – just like getting back to the gym after the season of excess – we can retrain ourselves to breathe diaphragmatically. Better still, breathwork offers the possibility of almost instantaneous results.

“Breathwork can deliver tangible benefits in a single 90-minute session,” says Aimee Hartley, who teaches Transformational Breath classes via her London school The Breathing Room. The Transformational practice is based on the research of Czech psychologist Stanislav Grof. Working in the 1950s, when LSD was employed for therapeutic purposes, he experimented by using breathwork to attain a similar state of altered consciousness.

During a typical session, Hartley combines breathwork with acupressure to release tension in the intercostal muscles. Sounding “argh” on a long exhale helps relax the vocal cords, and Hartley completes the practice with positive affirmations to break the negative psychological cycle so many of us spiral into each day. Anecdotally, her clients – who range from City bankers to actors and athletes – report a genuine feeling of “transformation”.

From “transformational” to “transcendental”, breathwork expert Stuart Sandeman of Breathpod – who has worked with Google, JP Morgan and Nike – teaches a method known as “super-ventilation”: a conscious, controlled practice of rapid, powerful (and noisy) inhales, interspersed with passive exhales. It’s akin to “hyperventilation”, but not to be confused with the uncontrollable, chronic over-breathing of panic attacks.

“Up-regulating the respiratory rate via super-ventilation creates a sensation of levity, as if an emotional block or limiting belief that was preventing us from fulfilling our potential has been released,” says Sandeman. “I like to think of it as the best prescription you can give your body.”

Among its practitioners, the technique – which is based on Kapalabhati Pranayama, the ancient Indian practice of cleansing – is seen as something of a panacea. Along with visualisations and expressions of gratitude, it’s an integral part of the morning “priming” breathwork performed by life and business strategist Tony Robbins, whom Serena Williams, Bill Clinton and Leonardo DiCaprio credit for their ability to overcome some of their greatest challenges on the path to success.

“Up to 70 per cent of the toxins inside the body are removed through the lungs,” says Robbins, “yet the average person uses significantly less of their total lung capacity. Breath is one of the quickest ways to change your state and is the key to both mental and physical wellbeing.”

At the more extreme end of the Pranayama scale, Wim Hof – dubbed “The Iceman”; he climbed Mount Kilimanjaro in shorts – believes daily super-ventilation, combined with exposure to extreme cold, can bring about dramatic and far-reaching physical benefits. His eponymous method has been studied for its effects on the periaqueductal grey part of the brain, which modulates pain. Beyond the possibility of offering a means to manage pain naturally, studies by Wayne State University have linked the method to increased immunity, improved sleep quality, hormonal balance and greater resilience to burnout.

It all might seem a bit far-fetched – if it weren’t for the growing body of medical support. In a study to determine the impact of conscious breathing, Dr Amit Sood, professor of medicine of the Mayo Clinic, not only observed an increase in participants’ happiness but also a 10mm Hg drop in systolic blood pressure.

“We found that when we breathe in a way that triggers the sympathetic nervous system, we can compromise the health of our heart. Moreover, the message-receiving part of the brain, the amygdala, goes into high alert. The body lives as if in a war zone, becoming more vulnerable to everything from inflammatory and autoimmune diseases to dementia, heart attacks and even accelerated ageing by 10 to 15 years,” he explains.

According to Ashley Neese, LA-based breathwork guru to Gwyneth Paltrow, the signs of dysfunctional breathing can also be written all over the face. “The skin is our body’s largest organ, which reflects what’s happening to us internally – including chronic stress. Breathwork can soothe and re-regulate the nervous system to reorient the body towards a natural state of healing,” she says. Her aim is to help clients achieve a kind of “post-yoga” glow, and alleviate everything from acne and eczema to skin ageing.

Dr Vranich refers to breathwork as “the world’s most powerful bio-hack”. Happier, healthier, more successful and glowing from within? This year was always going to require a deep breath, but it looks like making it a diaphragmatic one is the way to go.

Get alerts on Health when a new story is published 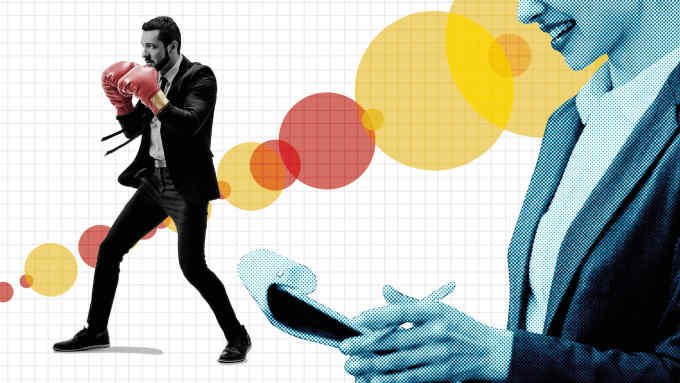