Career planning: would a coach put me back on the right path?

Jump to comments sectionPrint this page
Women in business updates

Sign up to myFT Daily Digest to be the first to know about Women in business news.

The first exercise was a surprise.

I was looking at a circle diagram split into eight sections, with concentric circles and numbers, covering everything from relationships and fun to work and health. The task set by my career coach was to score my satisfaction in every category.

The end result looked like a spider had got drunk and spun a web, but the test had laid bare my problem: while family and relationships were soaring, personal growth and work were in the doldrums.

I was unapologetic about the mess of lines and numbers. For starters, I figured a career coach was for old men who, after earning their millions, did not know where to turn next. I was not sure it would help me, a 30-year old woman, who had sidestepped out of journalism into editorial roles in smaller companies outside the media and had a nagging feeling it was the wrong move.

Moreover, I had chosen to prioritise relationships. I was focused on making sure the people who got the best of me were the ones I loved the most — a stance that seemed very much at odds with what I assumed a career coach would endorse.

I had foolishly underestimated my coach, Harriet Minter, a friend who had spotted my professional predicament and offered her coaching expertise.

Blunt honesty followed: sure, family and friends will be the ones crying at your funeral, but given that work is around 40 hours of your week, fulfilment in professional life is important. It’s OK for it to be that way, which led me the second lesson.

Work-life is not either/or: challenge at the office does not have to mean you are so stressed you cannot give loved ones enough time and attention. What it means is that you get up every day feeling energised, you come home feeling accomplished and you want to regale your other half about it because you are proud of what you achieved.

It turned out I had spent three years making career decisions when my judging criteria were totally out of balance. Trying to make sure everyone knew they were important to me meant missing areas where I needed fulfilment.

You do not have to do only what you are good at.

A few factors had contributed to my tendency to play it safe. Out of journalism, job hunting had relied on kind colleagues working on interesting projects putting me forward for jobs they knew I would do well. By default, I played to my strengths, but failed to ask if it was something I actually wanted to do.

Also, I had graduated from university in the aftermath of the financial crisis. Friends two years ahead of me had walked into jobs in investment banks, top law firms and management consultancies. But my cohort had to hustle and the idea of being choosy had become alien.

This lesson came with caveats: there are elements to hate in every job. But the overall balance had to be more in favour of the things I loved — even if I was not (yet) an expert. For that to happen, I needed the confidence to say “thanks, but no thanks” when great jobs were on the table if they were not right for me.

I also had to apply for roles for which I did not tick every box (men do that more, apparently) to make sure there was a challenge in every role.

Have a vision. Looking back to my first job hunts post 2008, traditional career paths appeared less rosy so people went further afield. Working for a start-up, for example, was no longer second fiddle to the big corporate. There were fewer jobs, but it felt like there were more options.

With plenty of paths opening up ahead, but no clear signs, it is important to picture where you want to go in order to play the game of career chess more effectively.

The plans do not need to be fixed — no need to combust if you are not earning six figures before you are 35.

It is more of a broad vision of what your life will look like, what values are important to you, and whether you want a dog (I do — desperately).

With a new-found confidence — which, let’s be honest, women often really need — and a feeling of contentment about being driven, I was heading back into journalism.

The coach’s lessons were empowering and I suspect they will have been far more beneficial at 30 and early in my career than, say, 30 years in.

After experiencing a career quandary, the writer is now a committed freelance journalist and editor 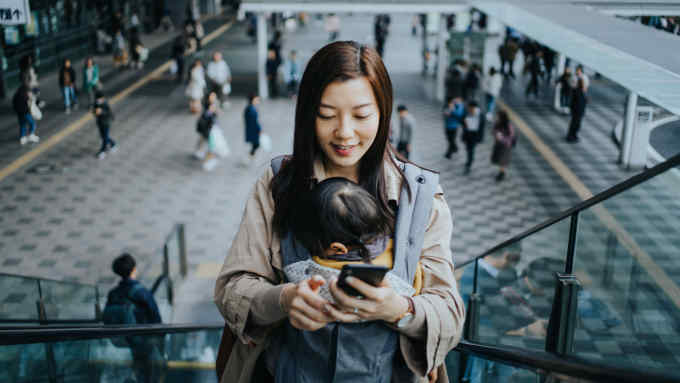