Parcours, Art Basel’s free public art trail that runs through the city’s historic centre, guides visitors off the beaten track to site-specific works in the courtyards and buildings around Münsterplatz. This year’s edition, again curated by Samuel Leuenberger, director of the Salts exhibition space in Birsfelden, features 23 installations, some in new locations and spaces normally off-limits to the public.

There are 18 indoor and five outdoor works. “We’re working against the stereotype of the usual sort of public art exhibition,” Leuenberger says. “Working indoors enables artists to respond to a building’s history.” The biggest revelation is Thomas Struth’s Animals (2018), a series of 10 photographs capturing animals that have died of natural causes, taken at Berlin’s Leibniz Institute for Zoological and Wildlife Research. The doleful memento mori images are suspended from the ceiling of the modernist 1930s Erste Kirche Christi, floating above the pews of the former church. It’s an arrestingly odd display, both surreal and poignant, and on its own warrants a Parcours excursion.

Dutch artist Mark Manders’ installation “House with Notional Newspapers” (2018) is another standout work in a new venue. Manders’ cracked, crude sculptures are dotted around the top floors of the Offene Kirche Elisabethen, a former pastor’s office. With windows covered in nonsensical Dadaist newspaper reports, it resembles the secret warren of an artist forced to abandon half-finished work.

The installation, playing on the idea of fake news, reflects Leuenberger’s overall theme of “Telling Stories for the Future”. He believes the “projects can guide [visitors] in understanding certain political and social dilemmas. Think politics with a small p.”

Berlin-based artist Simon Denny’s work, in another new venue, the attic of the Historisches Museum Basel, is perhaps the most complex piece on show (“Haunted Crypto Games”, 2018). Denny brings together colonially themed antique board games and versions of The Game of Life that have been overprinted with fragments of online cryptocurrency rhetoric; the aim, he says, is to “highlight the ideological back-story of bitcoin and blockchain”.

Most of the time, though, pure spectacle wins out. Elmgreen & Dragset’s mighty “Hanging Rock” (2017), a huge aluminium boulder, confronts visitors wandering through the Antikenmuseum Basel. The accompanying guide claims that the piece defies “preconceived expectations of natural beauty”. More simply put, this ugly/beautiful beast of a work elicits an immediate love-or-hate response.

Jessica Stockholder’s colourful sculptures entitled “Three squared on the river bank” (2018) “throw a different perspective on Basel,” Leuenberger says. “The works are not necessarily beautiful — they’re disruptive.” They lean against or are wrapped around city landmarks, such as a gargoyle sculpture on a bridge, impinging on the landscape in a playful, gently provocative way.

Pierre Huyghe’s “Exomind (Deep Water)” (2017) calls like a siren from deep within the Allgemeine Lesegesellschaft garden. Bees buzz around a hive that sprouts from the neck of a crouched female figure. The insects, the sculpture and the visitors come together to create a transitory ecosystem — one that will cease to exist when Art Basel ends and the sculpture is removed from this overgrown corner of the garden. 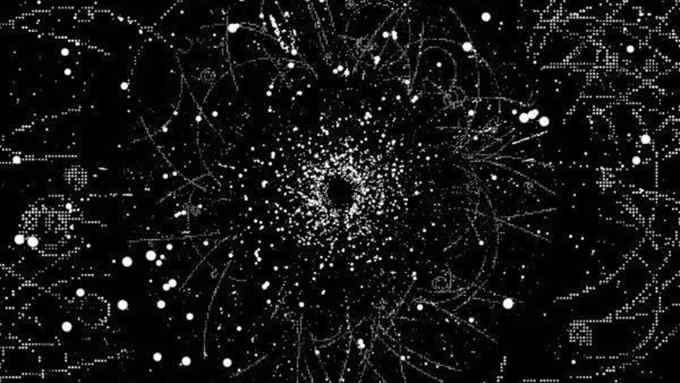