Jump to comments sectionPrint this page
US financial regulation updates

Sign up to myFT Daily Digest to be the first to know about US financial regulation news.

A top US regulator has signalled that greater scrutiny of index providers could be necessary after the Securities and Exchange Commission hit S&P Dow Jones Indices with a $9m penalty for publishing incorrect data based on a key measure of US equity market volatility.

Hester Peirce, one of five politically appointed commissioners at the SEC, said on Monday that it was time to examine “whether a regulatory framework for index providers was appropriate and, if so, what it should look like.”

“I am open to exploring the need for and propriety of such a framework,” said Peirce, after the penalty was announced.

Trillions of dollars in investment funds and derivative contracts are linked to benchmarks calculated by index providers, such as S&P Dow Jones Indices and MSCI, which have quietly grown into some of the most powerful and profitable companies on Wall Street.

Questions are now being asked at the SEC over whether stricter rules should be imposed on index providers.

European rules covering transparency and disclosure standards for index providers were introduced in 2016 and have been adopted as global standards, but concerns have been raised about the lack of specific US regulations.

Some index providers were now acting as unregulated advisers given their key role in constructing investment strategies and the SEC’s failure to recognise this reflected an “inadequate and antiquated view” of the indexing market, said Adriana Robertson, a professor at the University of Toronto.

“The US regulatory regime has not fully caught up with how indices are being used,” said Robertson.

S&P is responsible for the calculation of a short-term index of US stock market volatility derived from Vix futures contracts.

The Cboe Vix index is the metric known as Wall Street’s “fear gauge”.

Incorrect or “stale” data for the S&P500 Vix short-term futures index was published by S&P on Monday February 5 in 2018 during a tumultuous day, now known as either Vix-mageddon or vol-mageddon, when volatility surged higher as US stocks fell sharply.

The Vix spiked by 115 per cent during February 5 but the the S&P500 Vix short-term futures index remained static during certain intervals between 4pm and 5:08pm on that day.

This was owing to a so-called “auto hold” mechanism that was triggered when the spike in the S&P short-term Vix breached certain thresholds at which point the immediately prior value of the index was reported.

The existence of this auto hold feature was not publicly disclosed by S&P, according to the SEC.

The regulator said that staff at S&P had the ability to release the auto hold mechanism but they did not do so which resulted in the publication and dissemination of “stale and static” values for the short-term Vix index.

The failure by S&P to provide correct data also appears to have played a part in the closure of a Credit Suisse volatility-linked exchange traded note which gained worldwide notoriety after it lost 96 per cent of its value in a single day.

The Credit Suisse VelocityShares daily inverse short-term Vix exchange traded note, known as XIV, allowed traders and investors to bet that volatility would fall. But XIV collapsed as a result of the spike in equity volatility on February 5 and was closed by Credit Suisse later that month.

“When index providers license their indices for the issuance of securities, as S&P did here, they must ensure that the disclosure of critical features of their products as well as the publication of real-time values are accurate,” said Daniel Michael, chief of the complex financial instruments unit in the SEC’s enforcement division.

Peirce said that investors were locked into their losses because Credit Suisse was able to move quickly to close XIV after the bank learnt about the existence of the auto-hold mechanism by questioning S&P after the stock market had closed.

Investors would have had a clearer warning that there was a risk that Credit Suisse might shut XIV if the auto-hold mechanism had not kicked in and distorted the real-time value of the product, according to Peirce.

The commissioner, who has a history of criticising actions by SEC staff, also said she did not support the enforcement action against S&P. It should have told Credit Suisse in advance about the existence of the auto hold mechanism, but S&P’s failure to do so was not a violation of US securities law, she said.

S&P Dow Jones Indices, which has neither admitted nor denied the allegations made by the SEC, said it was “committed to transparency and the integrity” of its benchmarks.

Peirce said that the SEC’s enforcement action against S&P hinted at a “deeper, unspoken concern” that index providers were not governed by a US regulatory framework that was explicitly tailored to their activities.

“Index regulation is a thorny issue, and I’m glad to see that the SEC is grappling with it,” said Robertson. 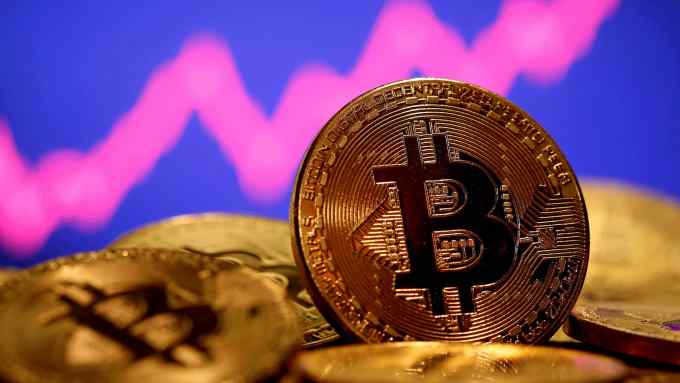