The world’s largest transport-focused exchange traded fund is set to be dragged from the 19th century to the 21st in one fell swoop.

Like the better-known Dow Jones Industrial Average, it is one of a small number of venerable benchmarks that weight companies by their share price.

However BlackRock, the owner of iShares, is about to switch to a rival benchmark that weights stocks on the more modern basis of market capitalisation. The move will bring 21st century transport stocks such as Uber and Lyft into the portfolio for the first time, alongside its traditional railroad and trucking companies.

“The ETF has been around for 18 years, but it’s now adding the companies that have become public this century,” said Todd Rosenbluth, head of ETF and mutual fund research at CFRA Research.

The fund will need to engage in some heavy trading in order to adjust to the new benchmark. Based on recent market prices, Uber is in line to be about 9 per cent of the portfolio from mid-July, when the switch is due to occur.

Railroad company Union Pacific is likely to rise from 8.7 per cent of the portfolio to 16.7 per cent, according to data from BlackRock and CFRA and, United Parcels Service from 8.3 per cent to 16.5.

In contrast, the two largest current shareholdings, FedEx and Kansas City Southern, are likely to be cut back from almost 12 per cent of the portfolio apiece to 4.4 per cent and 4 per cent respectively, implying hundreds of millions of dollars worth of selling.

Paradoxically, the index switch is coming just as the Dow Jones Transportation Index has enjoyed its strongest run for more than 120 years.

Until a modest dip last week, the index had risen for 14 straight weeks off the back of a rebounding US economy pumped up by aggressive fiscal and monetary stimulus — its record run is believed to have lasted 15 straight weeks in 1898-99.

The index has rallied 139 per cent from March 2020’s pandemic-induced low and is sitting 38 per cent above its pre-Covid peak of 2018.

Nevertheless, Rosenbluth welcomed the switch to the more diversified S&P Transportation Select Industry FMC Capped Index. Although it has undershot the Dow Jones measure so far this year, the index fell less sharply in 2018 and chalked up stronger gains in 2019 and 2020.

“I think it’s better that it’s a broad representation of the marketplace,” he said. The new index contains 41 large, mid and small-cap stocks, against the 20 companies — all large caps — in the DJ benchmark. “There will be growth companies as well as old school companies more exposed to the economy.”

Rosenbluth also welcomed the switch to a market cap-weighted index. “Price weighting is an anomaly, it’s an odd concept,” he said. “I don’t know why it was done, other than for simplicity’s sake. Market cap-weighted is the way that people tend to think about ETFs that track indices.”

“Price-weighted indexes don’t do nearly as good of a job of representing investors’ opportunity set as cap-weighted benchmarks do.”

Johnson further backed the index conversion on the grounds that it would help diversify an overly concentrated portfolio, with just seven stocks — each with a weighting of above 5 per cent — accounting for nearly two-thirds of the ETF’s assets.

“This puts the fund at risk of violating the diversification requirements of a registered investment company, which stipulate that those stocks in which a fund has a 5 per cent or greater position in cannot represent more than 50 per cent of the portfolio,” Johnson added.

Rosenbluth said, though, that the changes meant IYT would become less of a cyclical play on the sort of traditional economic recovery that drives freight volumes — so anyone holding it for this reason may wish to reassess.

“In order to better reflect the evolution of the transportation industry, the iShares Transportation Average ETF will begin tracking the S&P Transportation Select Industry FMC Capped Index on or around July 19, 2021,” iShares said. “iShares has a long history of successfully managing index changes and ETF rebalances.” 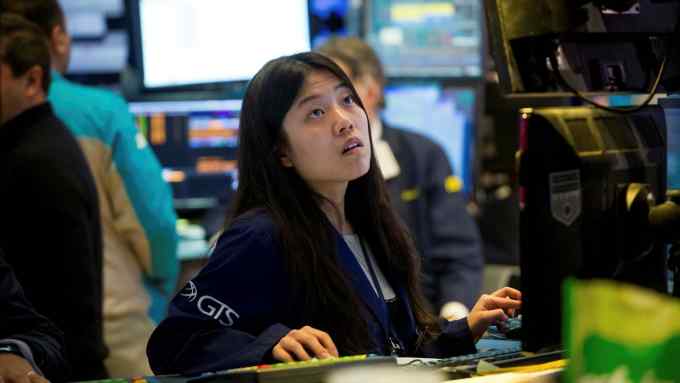