We’ll send you a myFT Daily Digest email rounding up the latest Working from home news every morning.

In some parts of the northern hemisphere, it feels almost like a normal summer: city centres are quiet, schools are on holiday, offices closed. But this illusion conceals deeper uncertainty about what happens next. Assuming those offices reopen next month, will workers return? If not, why not?

The answers so far seem to depend where you live. Polls struggle to keep up with the pandemic but two recent surveys suggest a difference of opinion between the US and UK, and other countries. The ManpowerGroup What Workers Want survey of eight countries, published this week but carried out in June, suggests staff in the US and UK were more negative then about returning to the workplace than their counterparts in Germany, France, Italy, Mexico, Singapore and Spain.

That nervousness is reflected in the number who have returned to work, according to another poll by AlphaWise last month for Morgan Stanley. At that stage, only 34 per cent of UK office workers said they had gone back to their usual workplace, compared with 83 per cent in France.

US and UK workers are not rushing back

The US and UK were harder hit, and later, by the pandemic and have been slower to emerge. “We are waiting to see that we don’t rush back and increase infection,” says Sarah Henchoz, employment partner at law firm Allen & Overy in the UK.

But bitter local experience is only a partial explanation. US and UK workers were more concerned by a second wave than their peers in France and Germany, according to the ManpowerGroup poll, but not by much.

Instead, decisions about when, whether or how often to visit the office are based on a shifting blend of other elements.

Government advice is one. In Italy, for example, government legislation asks employers to encourage remote working arrangements for as long as possible and to make sure parents were allowed to work from home at least until schools reopen in September.

In Germany, Steffen Kampeter, head of the BDA, one of the main employers’ organisations, explained that “the way the corona pandemic was dealt with in Germany, and the safety measures companies introduced, meant that workers were able to return to their offices and workplaces relatively quickly”.

In Hong Kong, which reacted early to the coronavirus outbreak and has since suffered further waves, employers have been flexible in allowing working from home but have favoured returning to the office. Most have looked to the government for guidance. “If the government is mandating their own employees to work from home, that's when we see a big shift,” says Sharmini Wainwright, senior managing director at Michael Page, the recruitment group.

Mixed messages from government and organisations

Low confidence in government, or mixed messages, can undermine that effect. David D’Souza, membership director at the CIPD, the UK personnel body, says “the challenge for [UK] organisations is dealing with the amount of information that individual employees have about [safety and coronavirus] while attempting to agree a strategy for the organisation”.

Similarly, in the US, varied recommendations from different states and widespread distrust of experts have increased workers’ nervousness. President Donald Trump first declared it was time for people to go back to work at the end of March, long before the pandemic’s peak in the US.

A second big factor has been employers’ willingness and ability to make workplaces safe for staff to return.

Since June, French companies have been firmer about urging their employees back to offices than counterparts in the US or the UK. The government began to phase out the national lockdown in mid-May, but advised companies to maintain work-from-home policies and only to invite staff back if they could ensure 4 sq m of social distance between individuals in offices.

Big companies such as LVMH and Vivendi began to bring employees back a few days a week, often dividing them up into teams and staggering start-times to avoid crowding. Like many, L’Oréal, the world’s biggest cosmetics group, took a gradual approach. By mid-June, it had about 50 per cent of its staff on site. On June 22, it asked all managers to return to the workplace.

With new Covid-19 infections “under control”, according to the French government’s chief scientist, the government then eased the social distancing requirement in offices to 1 sq m, and stopped recommending working from home.

L’Oréal asked all French employees to come back to the workplace by July 1, with exemptions for vulnerable staff, marking the end of the previous on-site team rotation plan. By contrast, US companies in France, such as Amazon and Google, were extending their work-from-home policy into 2021.

How safe is public transport?

Offsetting the message to return to the workplace are worries about the safety of commuting. Carlyle, the private equity group, has told staff to avoid public transport when it reopens its London office next month.

“In much of Europe, offices are smaller, cities are smaller, people cycle to work, so there is not the same risk of contagion. But London and New York are a nightmare. No one can figure out how to make [the financial district of] London safe because of Canary Wharf and the Jubilee Line and the Northern Line. It makes you wonder whether the Germans have it right in not having everything concentrated in one city,” said one rating agency executive.

Concern that public transport networks might be unable to manage the flow of millions of people across Italy are among the main reasons the government there has postponed reopening schools until September 14.

Tom Carroll, head of Emea corporate research and strategy at JLL, the property consultant, says: “There is a challenge with big cities that are dependent on public transport — we’ve seen that mitigated in places like Amsterdam with greater alternative transport use.”

According to Morgan Stanley’s research, 90 per cent of London office-workers were working from home during the Covid-19 outbreak, compared with 57 per cent in Berlin, where office work is more dispersed across lower-rise buildings.

Then there is the childcare issue. “Until kids go back to school parents can’t go back to work,” says Ms Henchoz of Allen & Overy. “Employers are worried about applying pressure [and] creating diversity problems.” Organisations fear excluding parents from meetings and ad hoc career discussions that might take place in the office.

A lack of affordable childcare has also held back a return to offices and workplaces in the US.

The working from home epiphany

In some countries, the novel and largely positive experience of wider remote working has made staff rethink the attractions of the workplace.

Allison English, deputy chief executive at Leesman, workplace research group, says UK employees who had not worked at home before lockdown experienced an epiphany. “The hours spent in a cramped train or stuck in traffic on the motorway and the thousands of pounds a year spent on commuting have now been gifted back to employees in the form of working from home, and many who have tasted freedom aren’t interested in giving it up.”

In Portugal, where about 23 per cent of the workforce worked from home during the second quarter, the experience has led the government to accelerate plans for a quarter of public administration employees — about 170,000 people — to telework on a permanent basis from 2023. Almost half of Portuguese private sector companies who adopted remote working during the pandemic have said they will continue the practice.

In Germany and Japan, the enforcement of remote working may even have changed permanently local cultures of presenteeism.

Last month, Siemens told 140,000 of its employees that from now on they could work from home for up to three days a week. Jochen Wallisch, head of industrial relations and employment conditions at the Munich-based industrial group, said that remote working “opens the talent pool, and also increases Siemens’ attractiveness as an employer”. According to research by the Ifo economic institute, just over half of all German companies want to follow in Siemens’ footsteps. 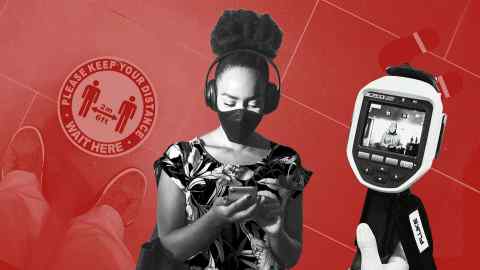 In Japan, to widespread surprise, the Covid-19 pandemic has provided cover for Japanese staff to express longstanding dissatisfactions with working life. An August 17 poll by recruitment group Robert Walters, of company employees mainly in Tokyo and Osaka, showed that in a post-Covid era, only 3 per cent wanted to work in the office every day. The largest segment (32 per cent) wanted to work remotely on three days of the week, while 24 per cent said they would like to telework every day. Some 82 per cent said they wanted flexible hours available even when offices return to normal.

Even so, substantial segments of the Japanese labour force have returned to work since July. Employees of smaller companies have felt under the strongest pressure to do so, partly because their employers have not been able to adapt to remote work but also because they can make staff feel guiltier for not doing so.

In all countries, a hybrid working economy is now emerging, with many employees wanting to combine working from home and attending their workplace in person. “We should allow people to work from home wherever possible, whenever it makes sense and where it helps people to achieve a better work-life balance,” says Mr Kampeter of Germany’s BDA. “[But] the experience we've had during the crisis shows that you can't keep the economy running with working from home alone.”

Recent experience in France, top of Morgan Stanley’s ranking of returning European office-workers in July, shows why it is hard to predict how the new shifting reality of work will unfold.

Last month, health authorities began to spot more clusters of infections in workplaces. Excluding healthcare facilities, workplaces represented one in four of the 746 clusters detected from May 9 to August 11, according to data from Santé Publique France. Last week, the government announced people would be required to wear masks at work when in an “enclosed and shared space”. One target of the new measures: meeting rooms and open-plan offices.

It may be an early sign that the real test of willingness to return to the workplace will come when — or if — schools reopen for the next term and will also depend whether the virus is receding or not. 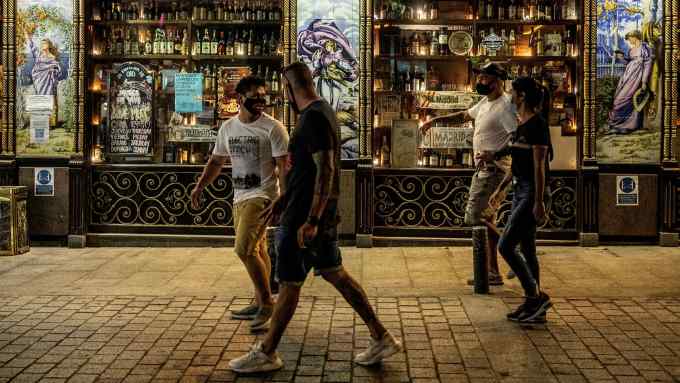