US investment house Capital Group plans to launch its first exchange traded funds, a suite of six that will be actively managed and disclose their holdings daily in the mould of Cathie Wood’s highly successful Ark products.

Capital Group, which had more than $2.6tn in assets under management at the end of June and ranks in the top 10 for size globally, filed applications for the launches with US regulators on Monday. It hopes to start offering the products to clients in the first quarter of 2022.

The filings reveal plans for one bond ETF and five in equities, including one with a specific international focus.

“ETFs have been synonymous with either passive investments or higher-octane thematic-type investing,” said Holly Framsted, head of ETFs at Capital Group. “Our entry will help transform the market’s perception of the power of ETFs and demonstrate that the ETF is a vehicle that can deliver strong active management at the core of a client’s portfolio.”

The new funds would “not be clones” of the company’s already established range of American Funds products, she added.

Analysts had expected the group, known for its active investment style, to opt for a semi-transparent model, where funds make frequent adjustments to portfolios but typically reveal exact holdings only quarterly.

Its choice of a fully transparent framework, like the high-profile Ark funds, suggests market participants are keen to emulate the success of Wood, who had nearly $44bn in assets under management at the end of July after attracting net new assets of more than $20bn in 2020. This has helped Ark to become the largest active ETF provider in the US, according to data from ETFGI.

“Cathie Wood has blazed a trail,” said Kenneth Lamont, senior analyst for passive fund research at Morningstar Europe. “The real reason why this is happening now is that the market has proven it likes the [active ETF] structure and trusts the structure and now is the time to move.”

Ark is not universally admired across the investment industry. Other funds have cranked up bets against Wood’s strategies, which concentrate on tech innovation. Tuttle Capital Management has even laid out plans for an ETF that would seek to provide the inverse of the Ark Innovation ETF’s performance. Still, the Ark model has proven to be a hit.

“[Capital Group] is a heavyweight within the active management world that is eager to play in the ETF space,” said Todd Rosenbluth, senior director of ETF and mutual fund research at CFRA Research. “Part of it is that Ark has helped to legitimise actively managed ETF strategies.”

Passive ETFs, which simply track indices such as the S&P 500, dominate the market. Active products, with more discretion for fund managers, represent 2 per cent of US equity ETF assets, but they have captured 9 per cent of the inflows so far this year, according to CFRA research.

Capital Group was founded 90 years ago and has become a household name in the US with its American Funds products. 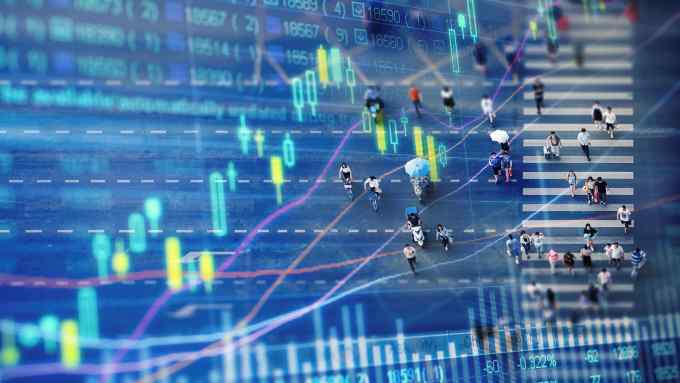