BlackRock calls for investors to lift allocations to China’s markets

BlackRock’s research unit has said China should no longer be considered an emerging market and recommended investors boost their exposure to the country by as much as three times.

The New York-based investment house’s internal think-tank suggested the higher allocations to Chinese stocks and debt as the country’s capital markets have boomed in size and sophistication.

The bullish call comes during a tumultuous period for Chinese markets. The country’s CSI 300 equity barometer is down 4 per cent this year in US dollar terms, severely trailing the broad MSCI All-World index’s gains of 14 per cent. Regulatory crackdowns have prompted even sharper falls for Chinese companies listed in Hong Kong and other international markets.

The BII’s recommended allocation to Chinese assets is now “two to three times” that of diversified global portfolios, such as the MSCI All-World index, in which China is currently the third-largest constituent, with a weighting of 4.2 per cent. Prior to a mid-year review in July, the suggested allocation was in-line with major indices. The BII’s recommendation suggests it should be closer to 10 per cent, ahead of Japan but still well below the US.

For Chinese bonds, Li said benchmark weightings should be ratcheted up “a bit more” than the two to three times multiple for equities, “in certain investor cases”.

“The starting point is so low. The direction of travel for China to be represented in global benchmarks is clear,” Li added.

The recommendations by the world’s largest asset manager, which has $9tn of assets under management, comes at a time of heightened tensions between the US and China. Politicians in both Washington and Beijing have raised objections to Chinese companies listing in New York, exemplifying a growing financial divide.

“The spheres of influence between the two superpowers are moving apart. In the near term that can lead to market volatility. In the longer term, if you want to get China you have to go to China,” Li said.

It’s not about eliminating the risks, it’s about are you being rewarded for the risks? We believe we are being compensated

The BII said in its mid-year outlook published in July that it was “time to treat [China] as an investment destination separate from emerging and developed markets. China’s economy has come through the Covid-19 shock stronger than global peers, just as it did after the global financial crisis.”

Its recommendations come as BlackRock and other big asset managers are seeking to build businesses in the sprawling country. BlackRock earlier this year received the first approval for a foreign asset manager to launch a wholly owned mutual fund business in China.

Investors in Chinese assets have had a bumpy year, with a government clampdown on parts of the private sector causing bouts of tumult.

Companies in the $100bn tutoring industry have been barred from making profits, accepting foreign investment and listing on foreign stock exchanges, slashing the market capitalisation of the three largest US-listed companies by 90 per cent.

This followed a block on the proposed flotation of financial technology platform Ant Group and an investigation into ride-hailing app Didi Chuxing, which caused it to be pulled from domestic app stores just days after it became the largest US listing by a Chinese company since Alibaba in 2014.

“Think of this journey as one step forward, half a step back,” said Li, who argued that Chinese assets would deliver “greater long-term returns” and diversification benefits, even if they came with “greater uncertainty”.

“It’s not about eliminating the risks, it’s about are you being rewarded for the risks? We believe we are being compensated.” 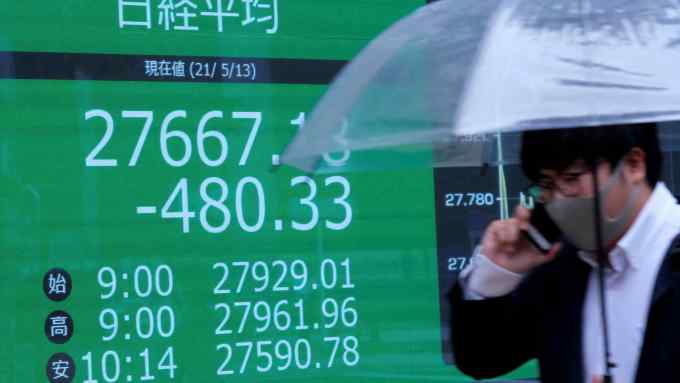