Don Weinland in Beijing and Katrina Manson in Washington

A bat virus specialist known as China’s “batwoman” and her lab in Wuhan have become the centre of a furious blame game between the US and China over the source of the coronavirus outbreak.

US president Donald Trump insists he has seen evidence coronavirus was leaked from the Wuhan Institute of Virology in the city where the outbreak began in January.

But his assertions clash with the message from his country’s scientific and intelligence communities, as well as some of the health experts leading the fight against coronavirus in the US.

The Chinese Ministry of Foreign Affairs has not responded to the allegations but Beijing has at times indicated the source of the virus was a wet market in Wuhan, where wild animals were sold as delicacies. It has also allowed diplomats to support other theories lacking in evidence — such as one positing that the CIA planted the virus in Wuhan last year.

Chinese state media has hit back, too, accusing Mike Pompeo, the US secretary of state who has publicly supported and pushed Mr Trump’s claims, of “spreading a political virus”. Global Times, a nationalist tabloid, has called on the US officials to reveal their evidence or stop making wild accusations.

None of this has put an end to the escalation of hostile rhetoric, which has largely played out in clashes between scientists, journalists and the Trump administration on Twitter.

What is the Wuhan Institute of Virology?

The institute was set up in 1956 as a microbiology lab, one of the first of its kind in the country following the communist takeover of China seven years earlier.

As a level-4 biosafety facility, the highest level of security in China, it is allowed to handle the world’s deadliest viruses. Scientists at the facility are known to have created hybrid versions of a bat coronavirus that could infect human cells.

Nature, the scientific journal, published an article in 2015 that raised questions about the level of risk associated with such research. This has contributed to theories that the virus could have originated as a leak from the lab.

Simon Wain-Hobson, a virologist at the Pasteur Institute in Paris, noted in the article that the novel virus “grows remarkably well” in human cells and “if the virus escaped, nobody could predict the trajectory”.

However, the journal added a note to the report in March this year stating: “We are aware that this story is being used as the basis for unverified theories that the novel coronavirus causing Covid-19 was engineered. There is no evidence that this is true; scientists believe that an animal is the most likely source of the coronavirus.”

Who is China’s ‘batwoman’?

Shi Zhengli was probably not seeking out a spot at the centre of a venomous argument between Washington and Beijing. Instead, the 55-year-old scientist had been looking to make a mark on bat-linked virology, an area to which she has dedicated her life.

For years, Ms Shi has collected strains of coronaviruses from bats. In 2004, she identified a reservoir for such diseases in bat caves in Yunnan province in southern China and she has been at the forefront of research on how viruses such as Sars may have jumped to humans.

The outbreak of coronavirus in the city where she lives and works quickly thrust her into the spotlight. Since then, she has emphasised how she did not believe the virus originated in her lab. Yet online rumours over the past week have suggested she had “defected” from China and taken confidential documents to Paris, ostensibly to reveal the origin of the outbreak.

The Financial Times was unable to reach Ms Shi for comment. However, she has posted pictures of herself in China online and has rejected claims that she left the country.

Is there credible evidence the virus originated in a Wuhan lab?

Anthony Fauci, the director of the US National Institute of Allergy and Infectious Diseases, who has appeared alongside Mr Trump at many press briefings during the crisis, told National Geographic magazine that the evidence is “very, very strongly leaning toward this could not have been artificially or deliberately manipulated”.

The US intelligence community has also ruled out any possibility the virus was man-made, saying it concurs with the scientific consensus. But it continues to investigate if the outbreak was the result of an accident at a Wuhan laboratory or human contact with infected animals.

Edward Holmes, an Australian virologist who helped map and share the genetic sequence of the virus, said there was “no evidence” that Sars-Cov-2, the virus that causes Covid-19 in humans, originated in a Wuhan laboratory.

He said the closest known relative of Sars-Cov-2 was a bat virus named RaTG13, which was indeed kept at the Wuhan Institute of Virology. But he added the bat virus, which was sampled in Yunnan province, had a level of genome sequence divergence from coronavirus equivalent to at least 20-50 years of evolutionary change. Thus, he does not believe it was responsible for Covid-19.

Prof Holmes, who in 2014 visited the Wuhan live animal market that Chinese authorities have said was the source of the disease, argues the most likely origin of the virus is that it jumped from wildlife to new hosts. In an April paper written jointly with a Shanghai colleague, he said the emergence and rapid spread of Covid-19 signified “a perfect epidemiological storm”.

“The way humans live today is just perfect for pandemics to occur,” he said.

READ MORECoronavirus: free to read
What are the job prospects for the class of 2020? | Free to read 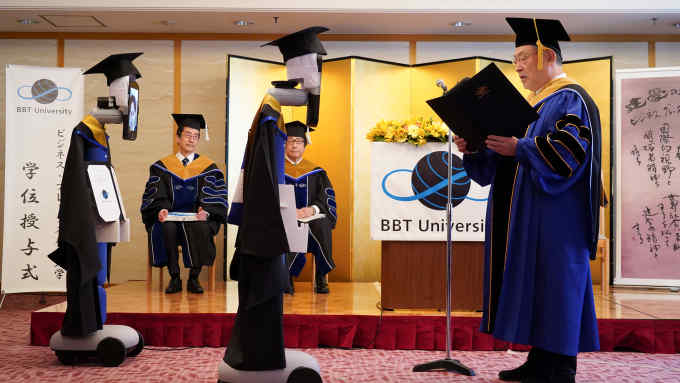