Investors poured $42.6bn into the niche funds in the first two months of the year

Ark ETFs have led a broader stampede into thematic exchange traded funds, which have seen assets under management rise to a record $394bn globally by the end of February.

Data gathered by ETFGI show these more narrowly invested ETFs, which allow investors to choose products that focus on anything from innovation to ageing populations and renewable energy, saw net inflows of $42.6bn in the first two months of this year, more than three times the $13.3bn garnered in the same period last year and a significant slice of the $222.5bn invested in ETFs as a whole during this period.

The Ark suite of ETFs comprised the top five thematic ETFs by net new assets, collectively gathering $13.5bn by the end of February.

However, Ark Innovation (ARKK), the most popular of all, illustrates some of the risks associated with expressing such narrow investment views. After rewarding investors with meteoric returns of 153 per cent in 2020, and gains of more than 10 per cent in January, the fund racked up losses in February.

“The space is definitely a little hot, so caution should be heeded. One shouldn’t invest blindly based on the headline theme,” said Mark Perchtold, co-founder of Omba Advisory and Investments, an asset and wealth manager.

“People are shooting from the hip. They just read about something and they want to buy it,” he added.

Omba is planning to launch an Irish-domiciled Ucits mutual fund that will invest in a portfolio of thematics, but Perchtold said that the underlying holdings would be scrutinised to assess valuation, risk and to avoid overexposure to companies such as Tesla that might be categorised under a number of themes.

Deborah Fuhr, founder of ETFGI, said the data showed thematics have now become the most popular niche ETF strategy. In the same two months smart beta ETFs, which invest according to factors such as value and momentum, attracted only $29bn, actively managed ETFs gathered $34bn and ETFs that invest according to environmental, social and governance (ESG) principles raised $41bn, though there is an overlap between the categories.

Fuhr said the surge in interest was coming from wealthy investors as well as the retail market. “Some of them have put money aside and they’re watching the news and investing on it,” she said.

Fuhr added that the real shift in investor behaviour was coming from investors who were using the products as they might have invested in single company stocks in the past: to express their personal views on what they thought were long-term trends.

“It stands to reason that investors are going to start to say things like ‘ESG is really great, but what I really care [about] is women and girls’,” Davis said, adding that he thought a third to a half of the growth in US thematic ETF investment could be driven by such investors.

The surge in thematic investment follows the publication of research earlier this year that showed thematic ETFs can deliver significant losses for investors.

Academics found that thematic ETFs, which serve specialist investment interests such as biotechnology, renewable energy or gender equality, on average underperform the stock market on a risk-adjusted basis by about 4 percentage points a year for at least five years following their launch. 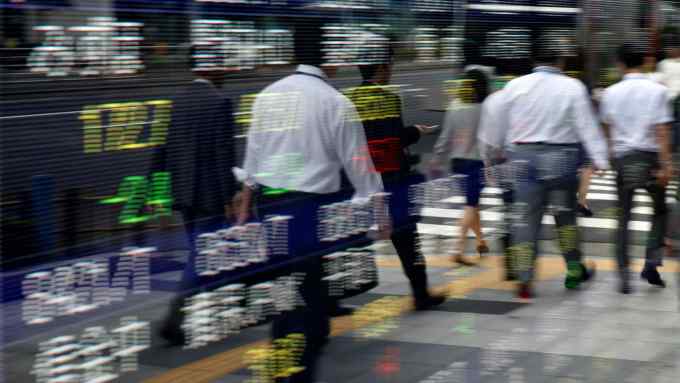