If you think the same, join us
Collecting: Art in Asia & Art Basel Hong Kong
See all 8 stories
Collecting

Taiwan and the balance of power

Young buyers are transforming the hitherto conservative art market — and given the politics of the region, can it soon rival Hong Kong?

Art Basel Hong Kong is going ahead this month in a radically reduced format, fielding just 104 exhibitors — as against 242 in 2019 — with most hailing from the region, notably Korea and Japan as well as Hong Kong and the mainland.

But with the government in Beijing tightening the screws on the territory, questions are inevitably being asked about whether it can maintain its position as the art hub of Asia. What are the alternatives, and could any of them snatch that crown in the near or more distant future?

One location that is regularly alluded to is Taipei, the capital of Taiwan. It has its own international art fair — Taipei Dangdai, a joint venture organised by four partners including fair specialist Tim Etchells and headed by Magnus Renfrew — and a long tradition of art collecting. Dangdai’s inaugural outing in 2019 was widely deemed a success, although the 2020 edition was muted; because of the pandemic its third edition has been postponed to May 2022.

But despite this, and the deferral of many other art fairs, Renfrew remains upbeat. “There is a younger generation of Taiwanese collectors coming through today, and they have a different focus; they are more international than their parents,” he says.

This translates into different tastes as well — while the older generation was transfixed by traditional painting and is prepared to pay top dollar for works by the likes of Sanyu, Chu Teh-Chun or Zao Wou-Ki, this new generation’s eyes are turning towards more contemporary names and, crucially, more international ones.

“It’s a completely different market today,” says Taipei-based art adviser Jason Yen. “There is great interest in the currently fashionable names such as Amoako Boafo or Eddie Martinez, as well as in the Korean Kohei Nawa, and Japanese artists such as Chiharu Shiota, Yayoi Kusama and particularly Yoshitomo Nara.”

Indeed, a Nara show currently on in the Kuandu Museum of Fine Arts (until 20 June), half an hour from the centre of Taipei, has proved a huge success. Taiwan — Formosa as it then was — was a Japanese colony for 50 years; Japan has less of a negative profile there than in other Asian countries and a few older Taiwanese still speak Japanese. “Japan is deeply rooted in Taiwan, and the market for Kusama was partly made by collectors here. As for Shiota, her selection for the Japanese pavilion at the Venice Biennale in 2015 had a major impact. I know of one collector who has 20 of her works!” says Yen.

Patti Wong, chair of Sotheby’s Asia, notes that in five years, between 2015 and 2020, the percentage of under-40s Taiwanese buyers and bidders in the firm’s sales more than tripled. “The newer generation has more diverse tastes,” she says. “Particularly in those five years they have started going after western painting, Impressionist and modern art, and contemporary art.”

“In Taiwan, the older generation still buys at auction, whereas the younger generation is more open to exploring galleries; they are diligent in going to biennales and art fairs, they have lived abroad, and they are very much tastemakers for contemporary art,” says Shasha Tittmann, the Taiwanese-born director of Lehmann Maupin gallery in Hong Kong. The gallery is set to open a pop-up ground-floor space in Taipei’s Daan district from June to August this year, showing work by McArthur Binion, Robin Rhode, David Salle, Tom Friedman and Angel Otero among others.

“We think Taipei has potential, because of its history, because of its healthy GDP and because of the new young blood in the collecting field,” says Rachel Lehmann, co-founder of the gallery. Indeed, last year the Taiwanese economy grew faster than China’s, thanks to its successful controlling of the pandemic: businesses stayed open and domestic tourism boomed. While beating out China will not last, Taiwan’s GDP is still on track to grow at 3.7 per cent this year.

Lehmann says she has seen great interest from Taiwanese buyers for artists they represent, from the Brazilian twins Osgemeos, the Korean Doh Ho Suh and the American multimedia artist Tony Oursler. The latter has just had his largest retrospective to date in Asia, in the Kaohsiung Museum in the south of the island.

Yet there is no doubt that a dark shadow hangs over Taipei. The discourse from Beijing is increasingly menacing, and in April a military flyover reinforced those threats. “I don’t have high hopes for the future of Taiwan, long term,” says a local journalist, speaking on condition of anonymity.

But the same thing can be said of Hong Kong, which is also facing an increasingly assertive central government in Beijing. So should one read something into the fact that Lehmann Maupin has left the Pedder Building, in the heart of Hong Kong’s art trade, and has yet to open another space? Not at all, says Lehmann: “We are committed to Hong Kong even if no one knows how the situation will evolve. We are actively searching for another space.”

For obvious reasons, no one based in Hong Kong likes speaking openly about its future. But for the moment almost all the foreign art galleries have remained there. Hong Kong’s attractions persist: the ease of doing business, no tax on art sales and its place as a “destination” for the whole region, from excellent restaurants, plentiful luxury shopping and as an additional pull, the new Herzog-and-de-Meuron designed M+ museum, slated to open later this year. But this space, originally supposed to be free of government interference, has decided not to display Ai Weiwei’s controversial Study of Perspective: Tiananmen Square (1997), showing the artist raising his middle figure before the square.

But Ben Brown, one of the first international galleries to set up in the territory — where he has family connections — says, “I don’t think the current crackdown impacts as much on the art world as on other sectors.” And Wong concurs, “I don’t see anything changing much for the art trade here, in fact I just read that Hong Kong saw a 7.8 per cent surge in first quarter exports, which reached HK$400m for the first time.” Brown also points out that Sotheby’s and Christie’s have large operations there: Sotheby’s just held a highly successful contemporary art sale, scoring US$122.5m, its highest ever total in the category.

He maintains that the ease of doing business and the lack of an import tax (in Taiwan it is currently around 7 per cent) mean that the location remains more attractive than the alternatives, although there are persistent rumours, just as persistently denied, that Frieze is thinking of setting up an art fair in Seoul. In addition, Japan is easing its tax rules for art, so making Tokyo another potential contender for the art trade in Asia.

“Local hubs are developing in the region: in Shanghai, Busan, Singapore, but given the favourable tax base in Hong Kong, which is basically a freeport, I think its role as a hub will continue,” concludes Wong. 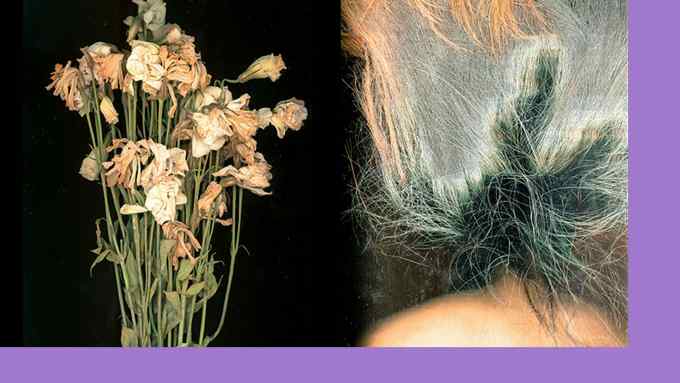