Sign up to myFT Daily Digest to be the first to know about Visual Arts news.

When the pandemic first struck, Singapore gained international plaudits for its deft control of the spread of infection. The country experienced a brief two-month lockdown; enough time for the symptoms of isolated living — boredom, alienation, frustration — to set in.

Two local film-makers, Mark Chua and Lam Li Shuen (collectively known as Emoumie), took the opportunity to create a portrait of the strange moment. “When the pandemic first hit and we experienced a lockdown in Singapore, we were hearing all these different complaints and jokes on social media,” Chua tells me over video call. “We were struck by how there was a tangle between the kind of living we wanted and the lived experience of the lockdown. So we wanted to make a film that offered a humorous take on that and asked why there was this dissatisfaction.” What started out as a quarantine project would eventually lead to the duo being named the winners of the inaugural Julius Baer Next Generation art prize.

The Swiss bank’s initiative claims to be the first digital art prize in Southeast Asia and is offered to emerging artists. Two entries out of 204 were selected as the first-prize winners of two categories: moving and still image. Currently being showcased through a virtual exhibition, the finalists’ works offer a revealing cross-section of some of the most important issues facing the region today: rapid urbanisation, social inequality, environmental crisis and the ongoing reckoning with postcolonial legacies.

Photographer Fajar Riyanto’s tableaux of families being evicted from their homes in Yogyakarta expose the dark side of Indonesia’s growing tourism industry. Syaura Qotrunadha, also from Indonesia, weaves together archival footage to create a chilling narrative about racial-anthropological studies conducted by white colonisers in the 19th century. Robert Zhao’s soaring photographs read as ecological portent in the appearance of a non-native species of storks in Singapore, while Moroccan-Thai artist Juria Toramae calls on us to look beyond our anthropocentric worldview with her shape-shifting montage of digitally rendered sea creatures.

The competition also elicited powerful responses to the pandemic. Myanmar artist Shwe Wutt Hmon, the winner of the still-image category, reflects on ideas of illness and health by likening X-rays and scars on her body to withered flowers in a vulnerable photography series.

But it was a whimsical spin on the current events that bagged the moving-image prize. Chua and Lam’s short film “The Cup” follows the story of a man with a coffee-brewing machine for a head who, fed up with the taste of his own brew, sets out to improve its flavour. Shot during the lockdown in Singapore last year, the pair say that they sought to capture “the flattening out of life” during the pandemic.

With its intimate scenes of domestic interiors and mingling of the banal with the surreal, it’s not hard to see why such an absurdist tale would resonate with the universal sense of ennui and estrangement felt the world over. The film captures the machine-like existence of the pandemic, the monotony, the lack of individual agency and, above all, the longing for variety.

As in other parts of the world, the pandemic has inspired a digital turn in the arts across Southeast Asia. Last October, Art Jakarta, Indonesia’s main art fair, announced that its virtual 12th edition would be the “first digital art fair in Southeast Asia”. An exhibition of the Julius Baer prize finalists also featured at Art Fair Philippines, who presented their event of 43 local and international exhibitors through an all-digital programme called “The Metaverse” which ran to May 15 this year.

Although organisers have turned to online iterations as a way to stay relevant during restricted gatherings, Singaporean collector Cheryl Loh, one of the judges of the Julius Baer competition, sees this digital thrust as a positive trend for emerging Southeast Asian artists: “Digital art is one area where countries outside the usual western sphere of influence can be seen on equal footing — not needing the grand traditions of oil painting, the old economy set-up of consensus judgment and middlemen players, the pedigree of training and MFAs.”

Fellow judge Audrey Yeo, whose Yeo Workshop gallery represents a number of artists working with non-fungible tokens (NFTs) and digital mediums, explains the attractiveness of digital technologies to younger artists as a way of providing greater access and exposure and creating visions of the future from a Southeast Asian perspective: “[Digital art] has become a necessary, immediate and efficient medium to communicate the rich narratives from this region, and even artists’ unique struggles, whether it is from the pandemic, post-colonialism, collective identity, human relationships or mental health.”

The diverse works produced by the competition certainly foreground how technology is being used to tell compelling stories from this region. As Emoumie wrap up another short with apocalyptic themes — “a weird absurdist film set in Singapore in 1998 at the peak of the Asian financial crisis about a man and his family spending their last day on Earth at Sentosa island, as they wait to leave with an extraterrestrial craft” — the pair say that they will continue to draw on the generosity of the digital moving image as they see their practice moving “toward an art-making that can express the tendency and tensions of the human experience today, that is unshackled through visual and narrative reflections that run between place and histories.” 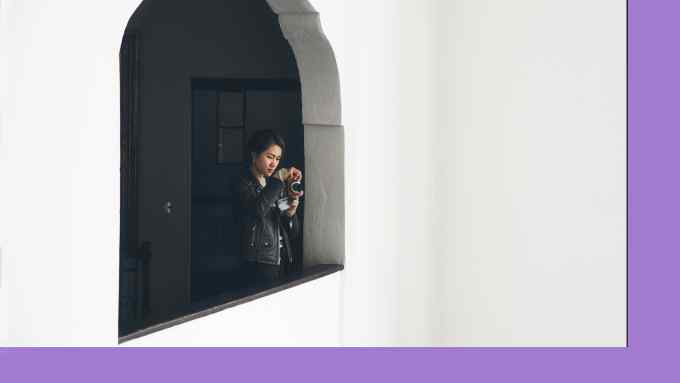