Law firms cut back on hiring to ride out pandemic

Law firms have been frantically cutting costs in an attempt to withstand the impact of the pandemic and have reined in recruitment for all but the most important roles — taking a particular toll on more junior lawyers keen to move.

The legal recruitment market is one of the most active in normal times, with firms constantly seeking a competitive advantage by poaching high-powered and often highly paid partners from rival firms.

But the pandemic has triggered temporary hiring freezes at many law firms for all but the most important roles, including areas such as insolvency, restructuring and litigation.

“Recruitment is the first thing that dies in any wobble in the market, but is usually one of the first things to start back up again,” says Christopher Clark, director of legal search company Definitum Search.

According to a report from London-based recruitment business Edwards Gibson, partner moves fell by almost 30 per cent in the month covering March-April when compared with the same point last year. This put lateral recruitment — luring lawyers from rival firms — at its second-slowest rate in the past 10 years.

Edwards Gibson said the numbers were nearly a quarter lower than the statistical average for the past five years, according to figures it collates every month.

The cautiousness follows moves by law firms to shore up their balance sheets. These include Allen & Overy, which issued a cash call to partners in March, and Baker McKenzie, which temporarily cut partner and associate pay to weather a drop in fee income from clients under strain.

Global law firm Baker McKenzie says it has not frozen hiring entirely but is “adopting a much more prudent approach and scrutinising our hiring needs more closely”.

Other firms, including Simmons & Simmons, have officially scaled back all lateral recruitment to “business critical roles only” and have put “the majority of associate recruitment on hold”. Meanwhile UK stalwart Slaughter and May says it has paused all of its recruitment processes.

Mr Clark says firms and individuals are holding back from taking commercial risks, but practical challenges, such as an inability to meet face to face with potential recruits, are putting firms off hiring big-hitting new partners.

“I can’t see any firm hiring a key individual without having had a meeting in person with any senior partners,” he says. “It’s hard to gauge the chemistry entirely on Zoom.”

Partners are also increasingly wary of taking a financial risk by moving to a new firm, he adds, which for most involves an investment in the business and recouping investment from the firm they are leaving at a difficult time.

A flurry of partner moves has taken place in recent months, however, with most arranged before the lockdown. They have been focused on areas that are likely to be busy during the aftermath of the pandemic, including insolvency, restructuring and litigation. Recruiters say these areas are the ones law firms will selectively focus on in the immediate future.

In recent months, restructuring partner Richard de Carle, originally from Slaughter and May, moved to Ashurst; David Manson joined DLA Piper’s restructuring group from Paul Hastings; and Stewart Anderson moved to DWF from Bryan Cave Leighton Paisner, where he was an associate advising on the same theme.

Firms are increasingly using videoconferencing to interview potential recruits, as well as to train and monitor trainees joining during the pandemic.

But starting at a new firm virtually has proved a strange experience. Camilla de Silva, a new partner to Simmons & Simmons’ crime team, who joined from the UK’s Serious Fraud Office in May, has only met most of her new colleagues via a screen.

“It was strange to arrive when everyone else had already adjusted to working in lockdown but for me it was brand new,” she says. “I’ve been meeting everyone via Microsoft Teams and it’s going to be strange when we go back to work and I see how tall or short everyone is, or what the state of their facial hair is normally.

“In some ways working this way is more intimate, because you are parachuted into someone’s living room or bedroom, and can see their dressing gown hanging on the door. But I’ve also been finding it’s much easier to access general counsels and senior executives, and without the travel to work it’s an efficient way of working.”

Recruiters say there is still a market for lawyers at all levels in busy areas, and they predict an increase in hiring as global lockdowns ease and businesses gain clarity on the long-term impact of the virus.

However, in the short term, one recruiter says he is advising associates to try to haggle for a pay rise rather than attempt a move to a new firm.

“If you’re still working from home and busier than ever, then why not [try to] get paid more in order to buy your house in the country? That can be your change of scene.” 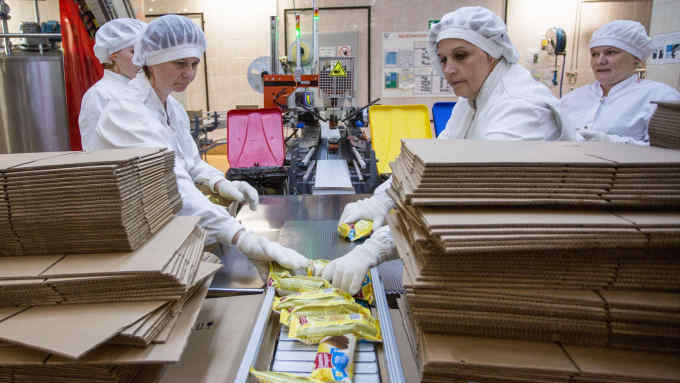 In Part 9 of legal sector responses to the pandemic: FT hackathon teams reveal their solutions to the most pressing legal, regulatory and civil society challenges emerging from the Covid-19 crisis. Plus: what the legal sector is reading on FT.com

This is the final instalment of this series