Sean Bean slays it in the garden

If you had asked me as a child whether you’d ever catch me talking about the joys of gardening, I’d have said no. As a kid I was interested in nature. When I grew up in Sheffield in the ’60s and ’70s it was a big industrial city, but it also had a lot of trees, countryside and wildlife – there are huge pockets of woodland and fields. We couldn’t wait to get out, especially in the long summer holiday, and go and make dens. We loved farms, derelict farms – there was a fascination in that. Or just an old scrapheap with cars on it that we’d climb in and out of. It was lethal. There were still bomb craters, big, deep things from the second world war, and everybody used to meet there for a fight and stuff after school.

Anyway, I couldn’t wait to get out to play and kick around a football, and we’d only come in when it started getting dark. I also got into birdwatching, so I used to go with my mates to Flamborough Head, Sherwood Forest, Clumber Park, places like that. My granddad did a lot of vegetable and fruit gardening, and he was very regimented, but he got great produce. And there was my next-door neighbour, a guy called Ron Howard, who was our neighbour for about 40 or 50 years. I learnt a lot from both of them, and I gradually grew into gardening as well. I remember planting trees in Mum and Dad’s garden; it wasn’t very big, but I tried to get as much hawthorn and native trees and bushes as I could, and loads of nest boxes for the birds. That was how I got into gardening.

Today I’m fortunate enough to live in Somerset with a couple of acres or so of garden, which is quite wild but controlled. I’ve planted lots of trees down here, something I’ve done everywhere I’ve moved to, but in Somerset I feel as if I’ve really found the place where I feel settled and content. I’ve planted hundreds of native trees, and I’ve got a huge pond with lots of wildlife in it.

Acting is probably the last thing on my mind when I’m gardening: it’s nice to get away from all that

We moved here about six years ago. We bought the house from a designer called Ken Bolan, and we fell in love with the way he’d created this kind of haven. I’ve made it a little bit wilder. It’s a fine balance: if you just leave a garden or some land alone, it doesn’t end up looking as wild as it would if you had some control over it. There’s a discipline in keeping a garden looking wild. It’s harder to create and maintain, I think, than a formal garden in a sense. I take it quite slowly and then I reap the benefit year by year, which is a wonderful feeling.

Acting is probably the last thing on my mind when I’m gardening: it’s nice to get away from all that. I think it helps my work in the end because it frees the mind from everyday stress, the nitty gritty, and you realise that things are not quite as important as you think they are. I find I just focus on the moment. It’s a kind of mindful process: you know where you are, you know you’re in the present, but at the same time your mind is wandering and visualising and imaging colours and structures and shapes. It’s precise, in the sense that you know exactly what you’re doing, but other ideas are also formulating – you’re planning for the future without really recognising that. It’s an interesting state of mind.

I think Monty Don describes it well. His approach is just to be there in the moment, and don’t fight against nature, go with it. When we moved to Somerset I left the garden alone for a year, so I saw what grew naturally and what didn’t, and I went with that. I planted trees, shrubs, plants and flowers that actually do well in my garden. I didn’t go with fancy stuff that you have to keep taking in and out and looking after. I just think, if it dies, it dies, it’s not supposed to be here; and if it survives, I’ll plant more of it.

My gardening uniform is either some overalls – I’ve got some good ones of those – or a camouflage T-shirt. I’ve got a lot of camouflage T-shirts. I get them every year for Christmas from my kids or my wife. I don’t wear them out and about. I make sure I take them off when I come out of the garden – I’m not going to go to the supermarket wearing camouflage and hiding behind bushes or anything like that! I’ve also got a few pairs of boxer shorts with nice little pictures of tools on them – hammers and chisels – so that puts me in the mood and I think, right, I’ve got work to do. Sounds a bit crazy, but it works for me.

Season two of Snowpiercer starring Sean Bean is on Netflix now. He is also in Time, by Jimmy McGovern, on BBC One later this year 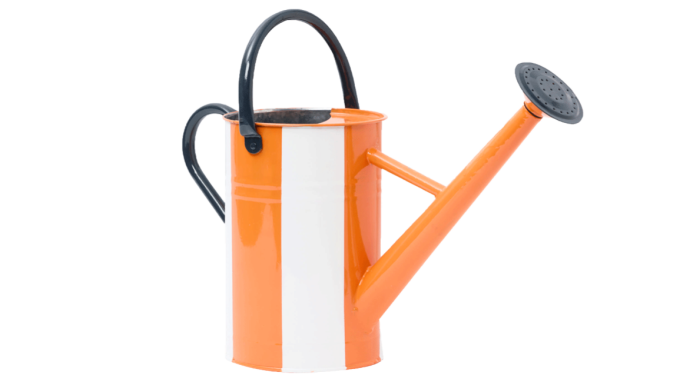