The intergenerational money-go-round is needed more than ever

The old rule was simple: each new generation should be better-off than the one before. However, the Intergenerational Commission reported last year that this pattern had gone into reverse.

The younger generation has been priced out of the property market, and parents are being relied upon to bridge the gap.

Those whose parents are “house-rich” are almost three times as likely to be homeowners by the age of 30 than those whose parents have no property wealth, according to the Resolution Foundation’s report: House of the Rising Son (or Daughter).

Intergenerational giving, also known as the Bank of Mum and Dad (Bomad) has a major influence on the property prospects of the young. Last year, parents paid £5.7bn to help children buy their first or second homes, according to Legal and General, which said pension freedoms have increased the opportunities for gifting.

According to the Building Society Association, most societies expect Bomad to get bigger over the next five to 10 years. A Social Mobility Commission report predicted about 40 per cent of first-time buyers would benefit from family gifts and loans over the next decade, up from 34 per cent currently.

There is a growing range of mortgage products to help parents help their children. Most intergenerational mortgages involve shifting risk from younger, riskier borrowers to wealthier family members. In this way, the overall risk can be lessened for the lender.

Nationwide has a family deposit mortgage that allows parents to borrow against the equity in their home and gift that money to a family member as a deposit on a home of their own, again with the Nationwide.

The Family Building Society offers The Family Mortgage, enabling parents, grandparents and other family members to pool their savings or accumulated housing equity to help younger family members buy a first home or move to a larger one. In return for this additional security for up to 10 years, the homebuyer gets a 95 per cent mortgage at a lower rate than would otherwise be available in the market.

The Lloyds Bank Lend a Hand mortgage provides 100 per cent mortgages to first-time buyers. To qualify, parents and other relatives must put the equivalent of 10 per cent of the mortgage loan into linked savings accounts, where their money will earn 2.5 per cent interest over three years.

Parents are not just helping their children with housing deposits, many also help with the rent.

Previous research by L&G found that one in 10 renters in the UK received help from family and friends to pay their rent, security deposit, letting agent fees or moving expenses.

Q&AYour Questions
Will my daughter pay inheritance tax on my gift? 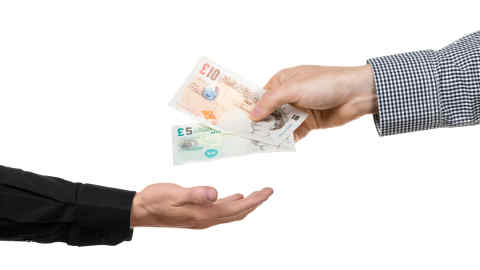 Others remain living with their parents while they save for their first home. The Office for National Statistics (ONS) estimates that 1.3m 25-34-year-olds live with their parents (or other family members). It was calculated by OneFamily in 2017 that this costs parents the equivalent of £3,000 a year — the aggregate total is about £3.6bn annually.

But their generosity does not stop there. Parents also spend £2bn a year to cover their children’s or grandchildren’s motoring costs according to a survey by Kwik Fit in 2015. The study found 59 per cent of British parents with children aged between 17-25 contributed an average of £381 to the cost of getting their offspring on the road. Around 10 per cent contributed more than £1,000 a year.

A lot of money is being given to help support the next generation — and there are compelling tax advantages to passing on wealth whilst you are still alive.

The ONS calculated the total net worth of UK households increased from £2.8tn to £10.2tn between 1995 and 2015. The value of inheritances has grown strongly over a similar period, more than doubling in real terms to £87bn in 2014-5, according to HM Revenue & Customs.

Many parents and grandparents worry about the inheritance tax implications of giving money to their children. Gifts of £3,000 per person, per tax year can be made exempt of inheritance tax. After that, regular payments can be made from income so long as the gifts do not require the givers to dip into their savings.

The rules are complex but, broadly, if you, as the giver, survive seven years from the date of the gift, then even if you have given over the annual exemption of £3,000, the gift will be ignored when calculating how much IHT is payable on your death.

But it must be remembered that many parents cannot afford to make sizeable gifts during their lifetime because they need their savings for their later years.

Of that £5.7bn advanced by the Bank of Mum and Dad, how much is being “loaned” and what has been gifted?

The Money Charity encourages parents and adult children to discuss fully what expectations are on both sides. In its On the Ladder guide, produced in partnership with the Post Office, shows ways families can have detailed conversation about the transaction so that both parties better understand the deal.

Lindsay Cook is the co-author of “Money Fight Club: Saving Money One Punch at a Time”, published by Harriman House. If you have a problem for the Money Mentor to look into, email money.mentor@ft.com