Wirecard filed for insolvency after the once high-flying payments group revealed a multiyear fraud that led to the arrest of its former chief executive.

In a remarkable collapse of a company once regarded as a European tech champion, Wirecard said in a statement on Thursday morning that it faced “impending insolvency and over-indebtedness”.

The first failure of a member of Germany’s prestigious Dax index is expected to inflict big losses on creditors and reputational damage on regulators led by BaFin and Wirecard’s longstanding auditors EY.

EY on Thursday afternoon said there were “clear indications that this was an elaborate and sophisticated fraud, involving multiple parties around the world in different institutions, with a deliberate aim of deception”, adding that “even the most robust and extended audit procedures may not uncover a collusive fraud”.

Wirecard’s admission a week ago that €1.9bn of cash was missing was the catalyst for the company’s unravelling. Founder and former chief executive Markus Braun was arrested on Monday on suspicion of false accounting and market manipulation before being released on bail.

This is a disaster for Germany as a financial hub. Heads will have to roll

As the price of Wirecard’s shares and bonds plunged in recent days, the company has been locked in urgent negotiations with banks owed €2bn. The company has a further €1.4bn of debt issued in September last year.

Restructuring specialists from Houlihan Lokey, appointed by Wirecard last week, have pored over the company’s books to work out if the group had a path to survival.

However, the genuine parts of its business turned out to be too small to sustain the cost base and debt of a company that spent the past 18 months fighting whistleblower allegations of accounting fraud.

Mr Braun resigned last week but said Wirecard had “an excellent business model, outstanding technology and sufficient resources for a great future”. He has always denied any wrongdoing.

Wirecard said the insolvency filing only affects the group’s holding company, which employs 200 of the group's 5,700 staff. The payment groups’ operating businesses are continuing, Wirecard said, but added it was “currently evaluating whether insolvency applications have to be filed for subsidiaries”.

Much of Wirecard’s business relied on licences that allow it to connect customers with the international payments networks operated by Visa and Mastercard.

Bernd Ziesemer
Why was Frankfurt so blind for so long about Wirecard? 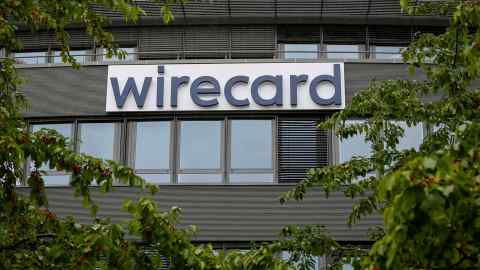 Visa said it was “closely monitoring” developments. Mastercard said: “Our priority is ensuring people are able to continue to use their cards. We will continue to work with all parties and stand ready to take any necessary action.”

In a statement Wirecard said its management board had “come to the conclusion that a positive going concern forecast cannot be made in the short time available”. Under German law, a court will now be asked to appoint a receiver who will oversee the future and likely dismantling of the company.

People close to the situation noted that directors would be exposed to personal liability if they continued to let the company trade when it might be insolvent. In addition to the arrest of Mr Braun, Munich prosecutors have already said they are investigating the rest of the former management board.

The collapse has prompted soul-searching in Germany about the state of regulation in the country.

FT InvestigationsInside Wirecard
Wirecard: the rise and fall of a German tech icon

“This is a disaster for Germany as a financial hub,” said Fabio De Masi a lawmaker in Berlin with leftwing Die Linke party, adding that “heads will have to roll” at financial regulators as a consequence.

Jan Pieter Krahnen, professor of finance at Frankfurt University, said: “The Wirecard case is highlighting that Germany’s capital markets supervisors have not kept pace with the times and lack the necessary technical and analytical skills,” adding that supervisors made “technical mistakes” such as imposing a two-month short-selling ban on Wirecard’s shares last year rather than focusing on the alleged fraud.

As different parts of the world tried to assess their exposure to the collapsed payments group, Benjamin Diokno, governor of the Philippines central bank, told the Financial Times his country had suffered “no harm” despite local banks’ supposed involvement with Wirecard, which they have denied.

However, Mr Diokno added that earlier action by German authorities “would have been helpful” in preventing the alleged fraud. “So maybe this is the fault on the part of the Germans, but also there are some rogue personalities in the two banks in the Philippines,” said Mr Diokno.

Video: Wirecard and the missing €1.9bn: my story

In the UK, the Financial Conduct Authority said it had put restrictions on a local Wirecard subsidiary, warning it not to dispose of any assets without seeking permission from the regulator.

Wirecard’s creditors had been waiting for an assessment of the company’s odds from FTI Consulting, which was expected at the end of this week. “Wirecard’s move caught the banks on the hop,” said one person briefed on the lenders’ internal discussions.

Wirecard has drawn about 90 per cent of a €2bn credit line with banks, including Commerzbank, LBBW, ING and ABN Amro. The four have the largest exposure with €200m.

At the heart of the apparent fraud were suspect arrangements in which payments processing was said to be outsourced to partners in the Philippines, Dubai and Singapore. These partners were supposedly the source of the €1.9bn in non-existent cash, and the “lion’s share” of the €1bn in operating profit Wirecard reported between 2016 and 2018, according to a special audit by KPMG. 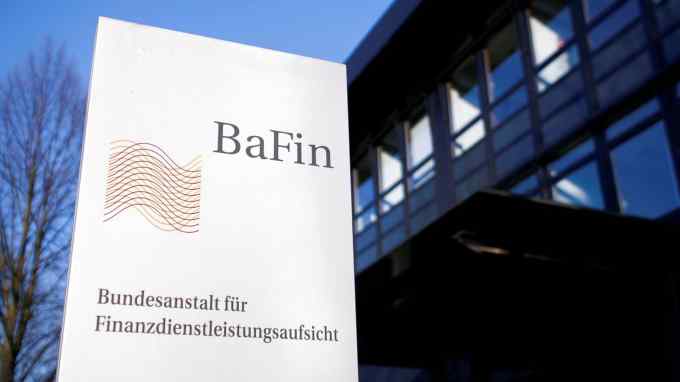