Investors salve pandemic wounds with gold in flight to safety

Gold has been a shining star in a dazzling year for the exchange traded product industry. A pandemic-propelled flight to safety has led a rush for the millennia-old store of value, as huge dollops of quantitative easing have reignited fears of runaway inflation in some quarters, such as the US, Japan, UK and the eurozone.

The result has been net new flows of $64.2bn into commodity ETPs in the first seven months of 2020, up from just $7.8bn in the same period last year, according to data from consultancy ETFGI — despite a meltdown in oil ETPs earlier this year when crude prices briefly turned negative. “What started as a flight to safety has evolved into the means by which investors are trying to salve their wounds with respect to potential future inflation,” said Ben Johnson, director of global ETF research at Morningstar.

“Gold is clearly seeing very significant inflows compared to last year,” said Deborah Fuhr, co-founder of ETFGI. “If we keep seeing all this money printed, do we see inflation? Some people see it as a hedge.”

The flood of money into gold ETPs may also have been driven simply by the 26 per cent rise in the gold price so far this year, as investors jump on the bandwagon in anticipation of further gains, said Mark Fitzgerald, head of product specialism at Vanguard. 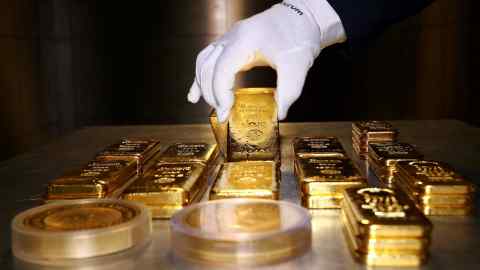 The same flow-driven behaviour has also played out in parts of the fixed income ETF firmament. Across the piece, bond ETFs have had a solid year, with net inflows of $141bn as of the end of July, $9bn above this time last year. Yet it has not been plain sailing. The $141bn tally “is all the more remarkable because we saw a really sharp reversal at the start of the year”, said Mr Johnson, with “in some cases record outflows from bond funds” in February and March.

The rush for the exits was driven by fears over the potentially inflationary impact of QE alongside concerns about a jump in corporate bond defaults as lockdowns and altered consumer behaviour threaten to imperil the business models of everything from retail to oil.

However, “that turned around when the Federal Reserve said it was going to intervene in the corporate bond market”, Mr Johnson added. “We have seen an absolute wash of money find its way into fixed income ETFs, well on the way to record inflows.”

“When you have central banks going into the corporate bond space and supporting the market, you will get investors saying this will have an impact on prices,” Mr Fitzgerald said.

Nevertheless, he attributed some of the enthusiasm for fixed income ETFs to more mundane factors. Strong stock market gains in recent years meant many investors were overweight equities and wanted to rebalance their portfolios, while a sharp sell-off earlier this year “will have reminded people that you need a balanced asset allocation”.

Another factor may have been the growth of fixed income ETFs, which have lagged their equity peers. “There is more familiarity with fixed income ETFs,” Mr Fitzgerald said of the European market. “We are having a wide range of discussions with a wide variety of clients.”

Opinions differ as to whether ever-lower market interest rates are forcing investors up the fixed income risk curve. Ms Fuhr said there were signs of a rotation into high-yield and emerging market corporate debt.

But, Mr Johnson said that while corporate bond and high-yield ETFs have proved the most popular sectors in the US with net flows of $54bn, short-term government and non-government bonds were also popular, suggesting “no real evidence of risk-[chasing] or yield-chasing behaviour”.

Moreover, the largest outflows have been from bank loan and emerging market local currency bond ETFs, “if anything, some of the riskier sectors”. Equity ETFs garnered $113bn of net new money in the first seven months of the year, according to ETFGI, a fraction below inflows in the same period of 2019, with a significant shortfall in the US, despite its market bounce.

Some fields have performed better, however, such as ETFs targeting environmental, social and governance factors, which took in $38.8bn in the first seven months, three times last year’s run rate.

“ESG assets have broken through $100bn. For many it’s seen as delivering alpha [market beating returns] and mitigating risk,” said Ms Fuhr. “The flows aren’t just coming from Europe as they were, investors in the US are waking up to climate change, diversity etc. We were moving in that direction but [Covid] has escalated that movement.” She also highlighted appetite for thematic ETFs that gel with the zeitgeist, such as healthcare funds or those seeking to benefit from growth in electric cars. Geographically, emerging market and Asia-Pacific equity and fixed income ETFs took in money in July after suffering marked outflows. Ms Fuhr partly attributed this to a belief that some Asian countries, such as South Korea and Vietnam, had handled the pandemic relatively well.

However, Mr Fitzgerald argued the moves were dictated more by the dollar, with EMs tending to struggle when the greenback strengthens and advance when it weakens.

Fannie Wurtz, head of ETFs, indexing and smart beta at Amundi, believed the rotation was a sign of a wider change of mindset among investors. “During the height of the pandemic, we saw increased interest in fixed income, defensive sectors like healthcare and safe havens such as gold. Now as green shoots are appearing and investors are shifting back into risk assets we are seeing increased interest in equities and cyclicals like materials and financials,” she said. 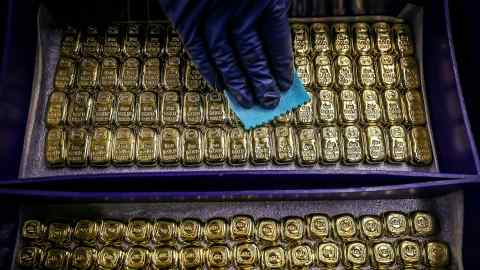 As ever, there are risks in the positions investors are taking. Gold has no yield and is hard to value, while fears of rampant QE-driven inflation that fuelled a previous buying frenzy after the global financial crisis failed to materialise, said Mr Johnson.

Gold ETPs also lack the diversification benefits of true funds. “If you put all your eggs in one basket, you might get lucky but we wouldn’t recommend it,” Mr Fitzgerald said.

Moreover, Ms Wurtz warned some gold ETPs are not backed by gold bullion, and may not be fully collateralised in the event of a default by a swap counterparty.

However, for Mr Johnson, the big risk for many investors is simply when or whether they can afford to retire. “The yields on bonds aren’t going to meet their spending needs if they draw down their savings,” he warned.

READ MORELatest news on ETFs
How best to invest for Brexit 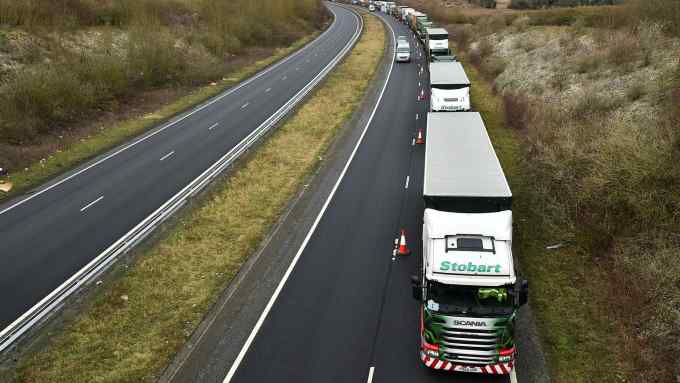