Lessons on energy efficiency from a Portland swimming pool

Running a small business can be challenging in the best of times. Managing the cost of energy can be just another headache and not always a priority. However, for those business leaders who persevere in seeking savings in power consumption, the payback can be considerable.

It is a lesson taken to heart by a small community centre on the Isle of Portland off England’s south-west coast. Over the past decade the Osprey Leisure Centre, built in the 1980s and equipped with old gas boilers, has pursued a number of green initiatives to cut not just its energy consumption but also its carbon dioxide emissions.

Work started with an interest-free loan from the Carbon Trust — a consultancy set up with UK government funding in 2001 — which was repaid over three years. New lighting technology, a pool cover and rooftop solar panels all helped reduce energy consumption.

The installation of a variable-speed drive on the pool’s pump in particular helped to generate savings, said Tony Beeson, a trustee of the charity that runs the centre. The centre was able to pay back the original £7,000 ($9,200) cost of the speed drive from energy savings in just 11 months.

But installation of a state of the art air source heat pump — which heats water more efficiently and provides the bulk of heating for water and the air in the hall — has really made a difference.

Bob Hardwick of Lean Energy, an expert in energy conservation who has worked with Osprey since 2006, says the centre’s annual energy costs have dropped from more than £90,000 in 2009 to about £23,000 in 2017, based on the centre using the same amount of energy in 2017 as it did eight years ago. At the same time, carbon dioxide emissions from the site have fallen by 128 tonnes a year, a reduction of 94 per cent, he says.

The centre was unable to obtain a grant to help fund installation of the pump so Tony Robinson, managing director of ESG, the pump’s supplier, agreed to install it as a research project. However, the centre did benefit from the UK government’s Renewable Heat Incentive, a scheme designed to encourage a shift to low-carbon heating systems. It also receives income from a government feed-in tariff for energy produced using rooftop solar panels.

If the centre were to install the heat pump today from scratch, the cost would be about £275,000, says Dr Hardwick. With the energy savings it would bring plus the support through the RHI, that would “give it a six to seven-year payback”, he says.

According to Andy Poole of the UK’s Federation of Small Businesses, many small businesses do not take advantage of the RHI scheme because they not know if they are eligible until they apply. “A lot of businesses don’t seek grants in the first place as they lose time and money researching opportunities,” he says.

A recent report by the FSB found that more than 60 per cent of small firms identified energy as a significant cost. Yet the sector’s diversity makes it a difficult target for policymakers in making general recommendations.

“It is important that SMEs make decisions based on what their own business needs are,” says Mr Poole, deputy head of policy at the FSB. “Every energy solution has to be bespoke.”

Changing the behaviour of employees remains one of the most effective ways to improve business energy efficiency, according to Xenia zu Hohenlohe, joint managing partner at Considerate Hoteliers, which specialises in helping hospitality businesses cut their environmental impact.

The company has developed a cloud-based platform giving members a live data feed about their energy consumption. Edwardian Hotels London, an independent group, managed to cut its utility costs by £107,000 in just six months through effective resource management.

The group’s carbon footprint also fell by 9 per cent. Although the company invested in LED lighting, the biggest change came through the monitoring of electricity, gas and water, and benchmarking them against the industry’s performance, says Ms zu Hohenlohe.

The team at the hotel group was trained to use the data system and implement best practices, such as reducing boiler temperatures by several degrees and installing light sensors in public areas. General managers were given key performance indicators.

“It is always easy to invest in new technology and get savings that way but we want people to change how they think and behave,” says Ms zu Hohenlohe.

In June, The company won financial support through a government-led competition to develop an energy management app for small and medium-sized businesses in the hospitality market.

One of the challenges for reducing energy consumption is the age of the housing stock, in particular in London. Inefficient infrastructure such as old pipe networks are another problem.

“You can take a lot of money and really insulate [your building] but you have to do both [achieve behavioural change]. It is key that everyone is part of this efficiency initiative,” says Ms zu Hohenlohe.

Get alerts on UK energy when a new story is published 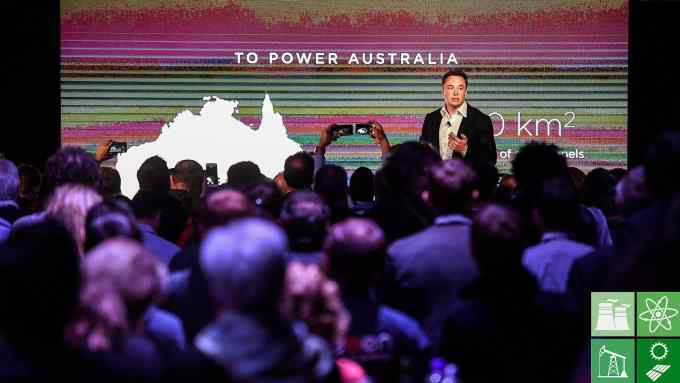