Beaten up US small-cap value stocks outperformed large-cap growth ones by the largest margin since the depths of the second world war in the six months to the end of March, data show.

The remarkable bounceback comes after a lengthy period in which small-cap and value stocks have undershot the broader market, despite both being widely recognised in academic papers as investment “style factors” that have historically generated long-term outperformance.

As of October last year, value stocks were enduring their worst run in at least 200 years, according to one measure, leading some to question whether the value premium had been permanently erased by the changing structure of business.

However, data from Dimensional Fund Advisors, a $630bn Texan fund house, shows that US small value stocks returned a striking 76.8 per cent in the half year to March 31, way ahead of the 14.4 per cent made by large growth companies.

The resulting 62.4 percentage point differential is the largest for any rolling six-month period since the first half of 1943, Dimensional said.

The two periods have striking similarities, with 1943 marked by mounting optimism that the war was turning decisively in the Allies’ favour, and the more recent period driven by hopes that the development of vaccines would turn the tide against Covid-19.

The largest ever gap in favour of small value over large growth occurred in the six months to August 1933, as the world, led by the US, started to recover from the Great Depression.

“The return difference [in the six months to March] was pretty eye-catching. It was extreme and it was pretty commonplace around the globe,” said Wes Crill, head of investment strategists at Dimensional.

He said the resurgence was more striking still given that the small value-large growth differential in the six months to August 2020, at -37.7 per cent, was the sixth worst since records began in 1926.

Jim Paulsen, chief investment strategist at the Leuthold Group, argued that a powerful snapback by small-cap and value was almost inevitable after such a dire period.

“We stretched the rubber band a long way in [the market] dropping 32 per cent in 23 days in March, and you can rest assured that small-cap value probably went down twice as much relative to large-cap growth,” Paulsen said.

“The forces of recovery, when we found that the pandemic wasn’t going to kill our civilisation or last for five years, meant we would see a strong snapback in the things that were most affected.

“We can’t have gone through another period in history where we went from depression-like collapse to wartime boom within a year.”

Kristina Hooper, chief global market strategist at Invesco, said positive news about vaccines in November had been “truly a game changer” that led the stock market to anticipate a strong economic recovery.

The dramatic volte-face can be seen in fund flows data. Last year US value mutual and exchange traded funds domiciled in the US bled $70.2bn of assets, according to Morningstar data, the worst 12 months in a four-year run of solid outflows.

So far this year these funds have taken in $37.5bn, with flows to small-cap value products disproportionately strong, equivalent to 5 per cent of the assets they held at the end of 2020. Factoring in the rebound in stock prices, small-cap value funds now hold $221bn, up 29.6 per cent from December 31.

Small-cap growth funds have also seen positive flows, even as large and mid-cap ones have been sold down.

The picture is similar for European-domiciled funds, with value ones taking in money for the first time since 2016 so far this year, and US and European growth funds seeing outflows, although global growth is still in demand.

Dimensional, which largely focuses on value and small-cap stocks, or at least broader equity portfolios tilted towards these factors, said the bounceback had probably not run its course.

“[The rebound] was pretty close to unprecedented, but I don’t think that means anyone has missed the boat,” said Crill.

This claim would appear to be borne out by his data, which show that when the six-month small value-large growth differential is in the top quartile, it tends to be above average in the following half-year period as well.

“It’s good news for investors,” Crill said. “It’s not too late to get on the value train. You don’t see mean reversion. You don’t necessarily see a poor number subsequently.”

Paulsen argued that the unusual events from November onwards represented a “perform storm” in favour of small value. Nonetheless, he remains overweight small-caps and cyclicals in the belief that such stocks tend to outperform in the second year of a bull market.

Hooper said there was “definitely a credible argument to be made for longer-term outperformance for value and smaller caps”, with the most likely scenario one in which these stocks “continue strong outperformance for much of the rest of this year”.

“Over the last 10-12 years it has not been anything to do with value delivering poor returns, it has really been growth delivering outsize returns; almost 100 per cent greater than its long-term average over this period,” Crill said.

“There are differences in discount rates across stocks. Future cash flows are discounted more or less. We are paying less. That’s an evergreen principle. As long as you believe how much you pay for an investment has an effect on return, then the expected premium is always there.” 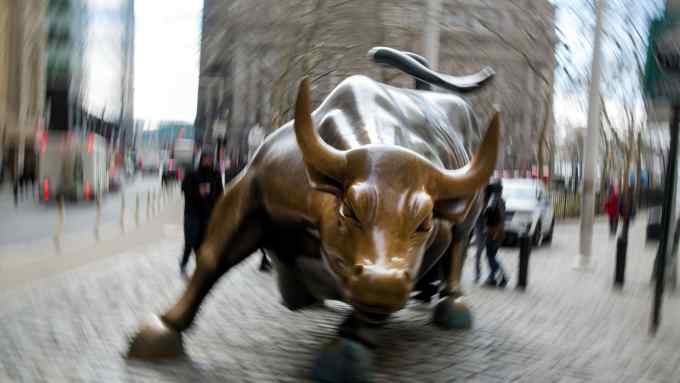