Watchdogs divide over opening up retail risk of crypto funds

Judging by the speed of their reaction to cryptocurrency usage, global financial centres are believers in the biblical principle: “The last shall be first, and the first last.”

Industry regulators in the world’s leading financial hubs — previously home to all kinds of adventurous innovation — are proving reticent to authorise edgy crypto funds. But, at the same time, more laissez-faire secondary financial centres have been seizing the opportunity to vault ahead. And these latter trading venues for crypto ETFs are carving a niche for themselves in a nascent monetary domain.

This has resulted in a patchwork of crypto ETFs being available to investors in different locations.

Brazil has arguably gone furthest. Not content with authorising the first bitcoin and ether ETFs in Latin America, the Brazilian Securities Commission has also opened the door to the world’s first two decentralised finance ETFs. These invest in a basket of tokens issued by decentralised applications (Dapps), such as the crypto exchange Uniswap, and Polygon, a service designed to speed up blockchain transactions.

Meanwhile, a range of other jurisdictions outside the US, UK and Asia — such as Canada, Sweden, Germany, Switzerland, Jersey, and Liechtenstein — have approved products investing in individual cryptocurrencies or baskets of such securities. In Europe, these products are referred to as exchange traded products or notes, rather than funds, for regulatory reasons. 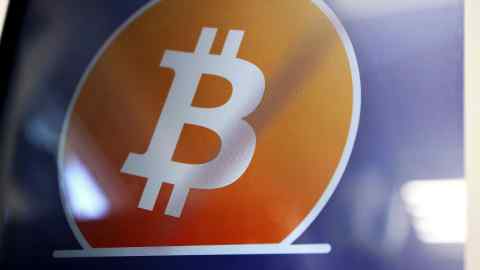 Australia and India are likely to be the next countries to follow suit.

However, the US Securities and Exchange Commission has rejected more than a dozen applications for similar funds in the US. So far, it has only approved ETFs investing in bitcoin futures, rather than the underlying cryptocurrency itself — although private trusts can hold bitcoin directly.

Several other leading financial centres, such as the UK, Singapore and Hong Kong (alongside mainland China), have not even gone that far yet. Instead, they are doing their best to rigidly maintain a separation between the $10tn ETF industry and the virtual asset universe, which now has an estimated market capitalisation of around $2tn.

The nearest ETF investors in these jurisdictions can get to the cutting edge of innovation are funds investing in the shares of listed companies that are involved in digital assets. 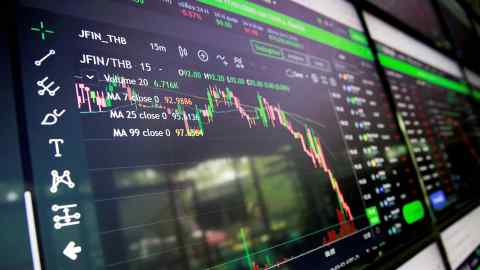 The SEC’s opposition to “spot” ETFs — ie, those linked directly to the live trading price in the underlying cryptocurrency — derives from concerns over “fraudulent and manipulative acts and practices” in the markets where bitcoin is traded.

These concerns include the potential for “wash trading” — when the same institution is on both sides of the trade, generating extra fees for minimal risk; price manipulation by “whales” that dominate bitcoin trading; and “manipulative activity” involving tether, a so-called “stablecoin” designed to always be worth $1.

The SEC says it needs “to protect investors and the public interest”, given that crypto markets are the “Wild West . . . rife with fraud, scams and abuse” — in the words of the regulator’s chair Gary Gensler.

Yet the regulator seems to believe that these problems are largely solved with ETFs focused on bitcoin futures contracts, which trade on the Chicago Mercantile Exchange, a regulated venue.

He describes the SEC’s approach to crypto as “disjointed . . . slow and potentially inefficient,” given that retail investors can buy cryptocurrencies directly via regulated exchanges and brokerages, such as Coinbase and Robinhood.

Singapore is keen to become a hub for blockchain and crypto companies. But the Monetary Authority of Singapore, the country’s regulator, has decided firms should not market or advertise crypto services to the domestic population, in an attempt to shield retail investors from the potential risks of this volatile asset class.

“Singapore is bullish on crypto as a sector, but the government has said ‘we don’t want our people involved’,” explains one industry figure, who prefers to speak anonymously.

Hong Kong — Singapore’s regional rival — has developed a reputation as a hotbed for digital companies, But, in line with Beijing — which banned all cryptocurrency transactions in September citing concerns over fraud, money laundering and the environmental impact — it has also moved to shield its own population from crypto trading. Licensed exchanges are only permitted to serve professional investors with $1mn of liquid assets.

While any UK retail investors can trade cryptocurrencies directly, the Financial Conduct Authority has banned the sale of cryptocurrency-related “derivatives” — including exchange traded products. The UK regulator has also warned that anyone investing in crypto assets “should be prepared to lose all their money.”

According to the anonymous investment firm chief: “Different countries are incredibly diverse in their thinking. The FCA was very negative. We were initially going to launch the company in London, but we are in Europe now.”

Guthrie at WisdomTree says the FCA’s directive “was primarily focused on CFDs [contracts for difference], leveraged products et cetera. There were people offering 100 times leverage on bitcoin before. Nobody needs that. It’s absolutely something that the FCA should look at.”

Nevertheless, he believes the definition of a derivative “was a little too broad,” in that it also included unleveraged products such as plain vanilla ETPs and futures.

Chris Mellor, head of Emea ETF equity and commodity product management at Invesco, suggests that, because cryptocurrency is a new asset class, it is inevitable that regulators “need to ask new sets of questions”.

“Cryptocurrency investments are not for everyone and, given the newness and volatility of the asset class, you can understand why some regulators have taken a cautious approach,” he observes.

Crypto is undoubtedly volatile, [but it is] akin to small-cap equities or single-stock investing. It’s a high-risk investment

“A robust, institutional-grade product should be more attractive for regulators and anyone able to invest in the future,” he adds.

Guthrie accepts that anyone investing in cryptocurrencies should be aware of the risks. “There is variable liquidity,” he argues. “That comes with risks, concentration risks, potentially large players in it.”

However, he adds that such concerns are not unique to digital assets: “Crypto is undoubtedly volatile, [but it is] akin to small-cap equities or single-stock investing. It’s a high-risk investment. It shouldn’t be 100 per cent of people’s portfolios, but it can very easily fit into a portfolio as part of the risk bucket.”

“We typically see 1-3 per cent [portfolio allocation], up to 10 per cent at the risky end,” he says. “At these sort of levels, we think it’s pretty normal. For a long time, Tesla was more volatile than bitcoin and that’s [now] an S&P500 security.”

Video: What are stablecoins and how do they work?
Reuse this content (opens in new window) CommentsJump to comments section