The first US bitcoin exchange traded fund rose on its first day of trading with hefty volume, capping an almost decade-long push for a cryptocurrency-linked product to appear on a major Wall Street venue.

The ProShares Bitcoin Strategy ETF launched on the New York Stock Exchange on Tuesday after the opening bell. While similar ETFs already trade in other jurisdictions, the listing in the US — the world’s biggest equities market — is a key test of whether mainstream investors are willing to place cryptocurrencies alongside stocks, bonds and other traditional assets in their portfolios.

“This is an important milestone for ETFs, alongside the first equity ETF [in the US] in 1993, the first fixed-income ETF in 2002 and the first gold ETF in 2004,” said Michael Sapir, chief executive of ProShares, which manages $65bn in ETFs and is based in Bethesda, Maryland.

Trading in the ProShares fund was vigorous in New York with more than 24m shares changing hands, worth almost $1bn, according to Bloomberg data. The fund closed 4.7 per cent higher and ended its first trading day with assets of $570m, making it the second second-most heavily traded new ETF on record.

Bitcoin has rallied close to the record high it hit earlier this year, fuelled in part by expectations that bitcoin ETFs will pull new money into the digital asset market. The most actively traded cryptocurrency rose above $64,000 on Tuesday, having more than doubled from a low point during a summer sell-off.

ETF providers have been lobbying the Securities and Exchange Commission for eight years to allow these types of vehicles to trade on national stock exchanges. However, the top US securities regulator was reluctant to give the green light because of the asset class’s intense volatility and broader concerns about the industry. It did not respond to a request for comment on the matter.

The ProShares bitcoin ETF holds futures contracts that track the price of bitcoin rather than purchasing the digital coins outright. Gary Gensler, chair of the SEC, has said the commission would be more comfortable with this type of structure because futures trade on a regulated market. Spot trading in cryptocurrencies takes place on a broad variety of largely unregulated exchanges.

Although US investors can already buy bitcoin through private trusts, such as the $39bn Grayscale Bitcoin Trust, or directly through crypto exchanges, Sapir said ETFs would open up the market to a wider variety of investors, including those using 401(k) pension funds, individual retirement accounts and brokerage accounts.

Ben Johnson, director of global ETF research at Morningstar, said the arrival of bitcoin ETFs “opens up the investment opportunity to a larger pool of assets than ever before, including many investors’ nest eggs”.

However, “given the asset’s mind-bending historical volatility, investors should approach with caution, if at all”, he added.

ProShares rival Invesco said late on Monday it would not pursue a futures bitcoin ETF in the “immediate near-term”. The group, which has partnered with Mike Novogratz’s Galaxy Digital to launch a suite of crypto products, will still push ahead with plans for an ETF that holds digital tokens, rather than futures that track them.

Grayscale on Tuesday said it had filed with the SEC to convert its flagship bitcoin trust into an ETF.

While futures-backed ETFs are linked to a more well-established product, investors can face losses — known as “roll costs” — when the fund manager shifts to a new contract when the previous one expires.

ProShares’ data suggest a $1,000 investment in bitcoin futures at the start of 2019 would have turned into $10,879 by the end of September this year, compared with $11,784 for a similar investment in spot bitcoin.

Todd Rosenbluth, head of ETF and mutual fund research at CFRA Research, said alongside the roll costs “the futures market is very rarely exactly in line with the underlying security and at times can be notably different, which is why when given the choice between physical gold ETFs and futures ones more people have chosen the physical”.

Still, there is a “subset of investors that are very comfortable with ETFs that are likely to be interested in these products out of the gate”, he added. 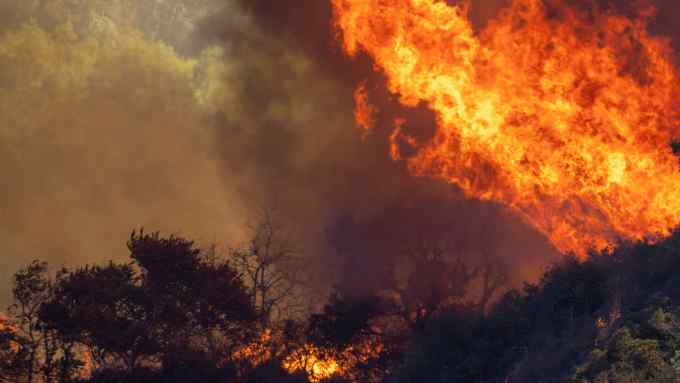