What the royals eat

A snoop through the Queen’s kitchens with Tom Parker Bowles

As the son of the Duchess of Cornwall and stepson to the Prince of Wales, people make assumptions about food writer and critic Tom Parker Bowles. One is that he hangs out a lot with the royal family. He doesn’t. “I’m a 47-year-old hack with two children,” he says, as if that clinches the matter. Another is that he dines at Buckingham Palace all the time. He never has, though he does grill his mother about the meals that get served there during state banquets. He has met the Queen. But not many times. One was at his mother’s wedding, when he felt like “a young child” in Her Majesty’s presence, desperate not to say the wrong thing. “It’s the Queen!”

Given his proximity, Parker Bowles nonetheless knows more than most about the royals and how they eat. And he has written about it for the first time in The Queen: The Official Platinum Jubilee Pageant Commemorative Album (St James’s House). “For 22 years, I’ve been writing about food and I’ve kept away from the royal family,” he says. “But to be interested in food and avoid the royals because of my mum’s connection seemed bonkers.”

Drawing on personal experience and some snooping into the royal kitchens and archives, his account weaves together historical detail with a look behind the scenes at Buckingham Palace, Windsor and Birkhall, the Prince of Wales’s home on the Balmoral Estate, where Parker Bowles has stayed. We learn about the stenches that were pervasive in the Buckingham Palace kitchens during George IV’s reign, when raw sewage oozed through the floors. We also find out about protocols that operate at the palace to this day, including a traffic light system hidden in the balustrades of the ballroom balcony that tells the footmen when to begin service.

From previous reports, we know that the Queen is a chocoholic who favours a bowl of Special K for breakfast, grilled fish and chicken for lunch and simple cooked meats and vegetables for dinner. Unlike Queen Victoria, who wolfed down her food at lightning speed and deprived her guests of time to complete their meals as plates were cleared in unison, the current Queen is known to play with her food for long enough that everyone gets a chance to finish. A sovereign who “eats to live”, not vice versa, according to one former royal chef.

By contrast, Prince Philip was obsessed with food, says Parker Bowles. The Duke would suddenly appear in the palace kitchen, asking what’s for dinner. His barbecue skills were legendary. And he pored over cookery books. Parker Bowles doesn’t know which but wagers Keith Floyd, Two Fat Ladies and Rick Stein as likely favourites.

Tea, says Parker Bowles, is a big deal in all the royal households and is “taken as seriously as lunch and dinner”. The spread at Birkhall comprises cakes, crumpets, loose leaf tea, freshly made scones and sandwiches (smoked salmon, chicken mayonnaise, egg). What about coronation chicken? “Absolutely not.”

This mildly spicy revelation is followed by another: “My stepdad is a big fan of eggs,” says Parker Bowles. He is quick to point out that tales of Prince Charles ordering seven boiled eggs every morning to pick out one of perfect hardness are – let me check my notes – “bullshit”. But eggy dishes frequently find their way onto the menu at Birkhall, whether a soufflé, omelette or baked eggs with asparagus. Parker Bowles’s mother used to cook this with eggs from the coop, asparagus from the garden and cream from the tops of milk bottles when he was growing up. He shares her recipe alongside others for Balmoral shortbread, Birkhall scones, partridge hotpot, venison wellington, rhubarb fool, potage parmentier and potted shrimp, one of the Queen’s favourites, spread on warm buttered toast.

Such details are fascinating, Parker Bowles agrees, because they humanise the Queen. Consider the protocol with menus, which are traditionally written in French and sent to the Queen for approval. “If I get an accent wrong or mix up the masculine and feminine, she’ll let me know,” says Mark Flanagan, head chef of the Royal Household. 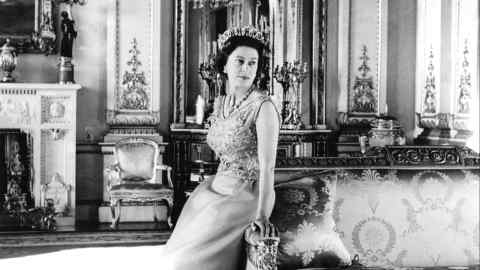 Parker Bowles reminds me of another story about a dinner held at the palace. It’s almost certainly apocryphal but concerns Queen Victoria. One of her guests, a foreign dignitary, mistook his finger bowl for soup and drank it. Everyone was aghast until the Queen picked up hers and drained it too. It’s a story, says Parker Bowles, that could just as easily have happened during the reign of the current Queen. “I think the Queen is magnificent,” he declares.