As music director of Portugal’s Gulbenkian Orchestra, I used to spend 12 weeks each year in Lisbon. It was a wonderful three years, and I fell completely in love with the city – with the people, the food, the landscape and, of course, my orchestra and chorus. Now, as a guest conductor, I visit less often (I am also chief conductor of the Netherlands Philharmonic Orchestra and the Dutch National Opera), but there are still many places that feel like home.

The first thing that struck me about Lisbon was the light. It’s not like other European cities – the landscape feels almost South American. If you go to Miradouro de Santa Catarina, a viewpoint on one of Lisbon’s seven hills, you can watch the colours of the sky change completely – it’s unreal. Travel to the town of Cascais, a 40-minute drive west of the city centre, or Sintra, where the coloured castles are, and you’ll find the sunsets are even more incredible.

For longer stays, I usually rent an Airbnb in Príncipe Real or Estrela, close to the São Bento Palace, which dates back to 1598. The apartments around there are wonderfully old – Príncipe Real is famous for its 19th-century mansions – and it feels like a little village. Or I’ll stay at the Verride Palácio Santa Catarina, a historic hotel with one of the best views in Lisbon. It’s expensive, but the rooms are just insane.

Most of all, I like to be around nature. The Oitavos is a modern hotel in the Sintra-Cascais Natural Park, a reserve on the Portuguese Riviera. You can rent bikes, swim, play golf or tennis – and you’re only about 40 minutes from Lisbon. I do a lot of surfing around here: Praia do Guincho and Carcavelos are my favourite beaches near Cascais, but closer to Lisbon you have Costa da Caparica, where the waves are slightly calmer.

In the city, I train at Clube VII, a health club in the middle of Parque Eduardo VII, one of Lisbon’s largest parks. It has the feeling of an old-school British tennis club, except as well as six tennis courts, it also has seven padel courts, a gym and a 25m swimming pool. Otherwise I exercise by walking. High heels are not recommended here – Lisbon is famous for its cobblestones, and there’s a lot of going up and down – but it’s a wonderful place to walk around.

As I live out of my suitcase, I’m always looking for places that are familiar, where I can identify with the people. In Lisbon I get this at Bairro Do Avillez, José Avillez’s food project, as well as Arkhe, a vegetarian restaurant with a strong natural wine list. Both stay open late, which is good after a concert, and music is always part of the experience. One of the waiters has even sung fado with us at Bairro do Avillez’s Mini Bar, where they serve the best pisco sour. I’ll also order giant red shrimps and the warm chocolate cake. At Arkhe, I give them total freedom to cook whatever they want for me. Of course, I’m curious – I like to discover new things – but if I fall in love with a restaurant and its people, I’ve been known to return three or four times a week.

Just outside Estrela, Café São does a great cup of coffee. The breakfast menu is very simple – porridge, juices and boiled eggs – but the atmosphere is warm, and I like the design. Dear Breakfast, a five-minute walk away, also offers pancakes, açai bowls and all kinds of eggs. It’s a nice, light place to work, and the doors are always open. A fancier spot for the evening is JNcQUOI Asia, which has a terrace inspired by streets in Tokyo, Bangkok and Hong Kong. 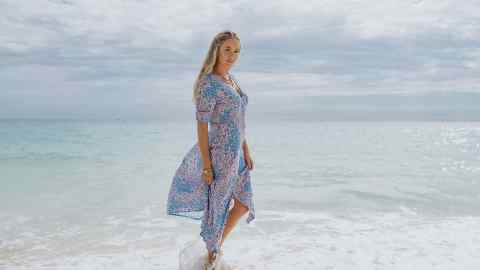 Lisbon is not a fashionable city. It’s the same for anywhere next to the ocean, where the vibe is more laidback. People want to wear shorts, T-shirts and have a beer on the beach. Saying that, I usually wear my own style regardless of where I am, and always have a suit on when I conduct. Rosa & Teixeira, a tailor off Avenida da Liberdade, has saved me a few times when I’ve needed a quick fix, but otherwise I don’t really do my shopping here.

Besides, there are so many more important things to do in Lisbon. First, you have the Gulbenkian Foundation, which hosts regular exhibitions of work by both Portuguese and foreign artists, and is of course the home of my ex-orchestra. Down by the water in Belém, one of my favourite districts, you have the Jerónimos Monastery, a prime example of Portuguese late-gothic architecture and one of the most incredible sights in Lisbon. And I also love the Museu Nacional de Arte Antiga, Lisbon’s ancient-art museum.

But the best pieces of art in Lisbon are probably the buildings themselves. Just walking around the city is like being in an open-air museum: you can see so many architectural styles, so many influences and so many stories. And in five minutes, you can be facing the ocean. That makes everybody happy – the light, the temperature, the sun. It’s something I need in my life.